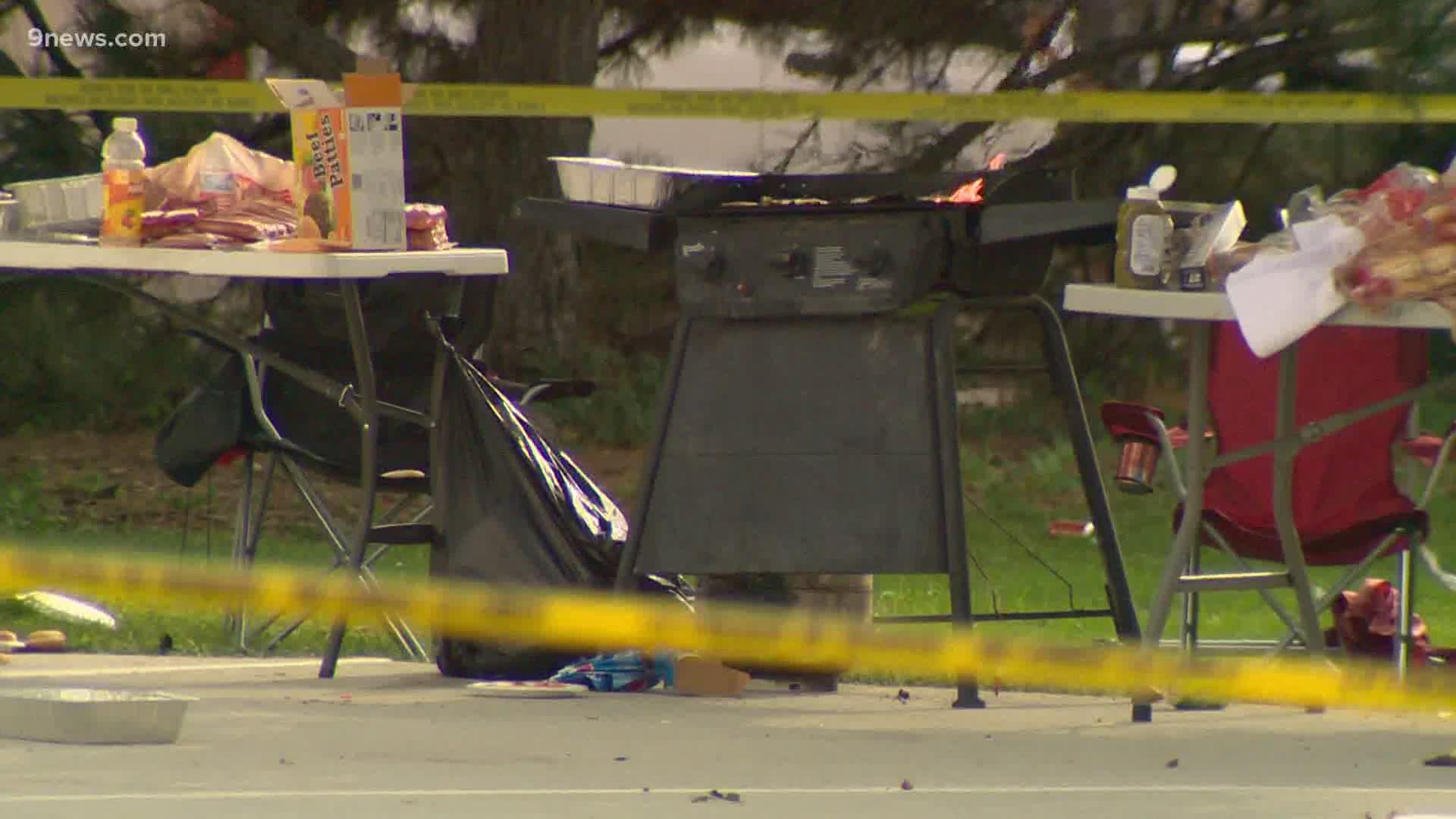 DENVER — Hours after Denver police officers and investigators left a Denver park where nine people had been shot in a suspected drive-by shooting, a different group in uniform showed up to begin its work.

They wore matching black shirts with the word, "GRID" on the chest.

On Monday morning, the outreach workers and supervisors with the Gang Reduction Initiative of Denver (GRID) met with neighbors where the incident happened in the 1400 block of West Byers Place in Denver.

The shooting the day before injured six people under 18, including an 11-year-old, 12-year-old and 3-year-old. Denver Police said all the victims were expected to survive.

RELATED: 6 of the 9 people injured by gunfire in Denver drive-by shooting were under 18

Investigators have not said whether the shooting at the park was gang-related, but the GRID team typically shows up to neighborhoods impacted by gang violence.

Jackson said GRID is composed of five team members, some of whom are former gang members. They work separately from police and meet one-on-one with gang members in different neighborhoods.

GRID is housed under the Denver Department of Public Safety but contracts with other organizations like Struggle of Love, Impact Empowerment Group and Dream Center.

"GRID outreach workers and the organizations that work with GRID contact their clients to make sure they are okay, inquire if any of them have information on what happened, visit with the neighborhoods that are impacted and provide community members with city resources if needed," said department spokesperson Kelli Christensen in an email to 9NEWS.

GRID was founded in 2010 and Jackson said the program helped gang members turn their lives around.

“They get jobs. They’re raising their family. They are on the right path to being good citizens," she said.

GRID has been busier this summer, and Jackson thinks COVID-19 could be partly to blame.

"I think there's a slight uptick," she said.

On the same day nine were shot in Denver, two men were critically hurt in a shooting near West 6th Avenue and Sheridan Boulevard.

RELATED: 2 men in critical condition after drive-by shooting in Lakewood

Late Sunday night, Lakewood Police said someone in a dark-colored SUV drove by and fired multiple shots toward a group of people.

The next morning, GRID workers showed up in the neighborhood. It was their first stop before visiting the park near West Byers Place and South Pecos Street in Denver.

The job is difficult, Jackson said, but the team believes the work they do makes a difference.

“Because you’re dealing with a different group of people and that’s why you’ve got to have people who can communicate with the individual members and along with the family members, too," Jackson said.