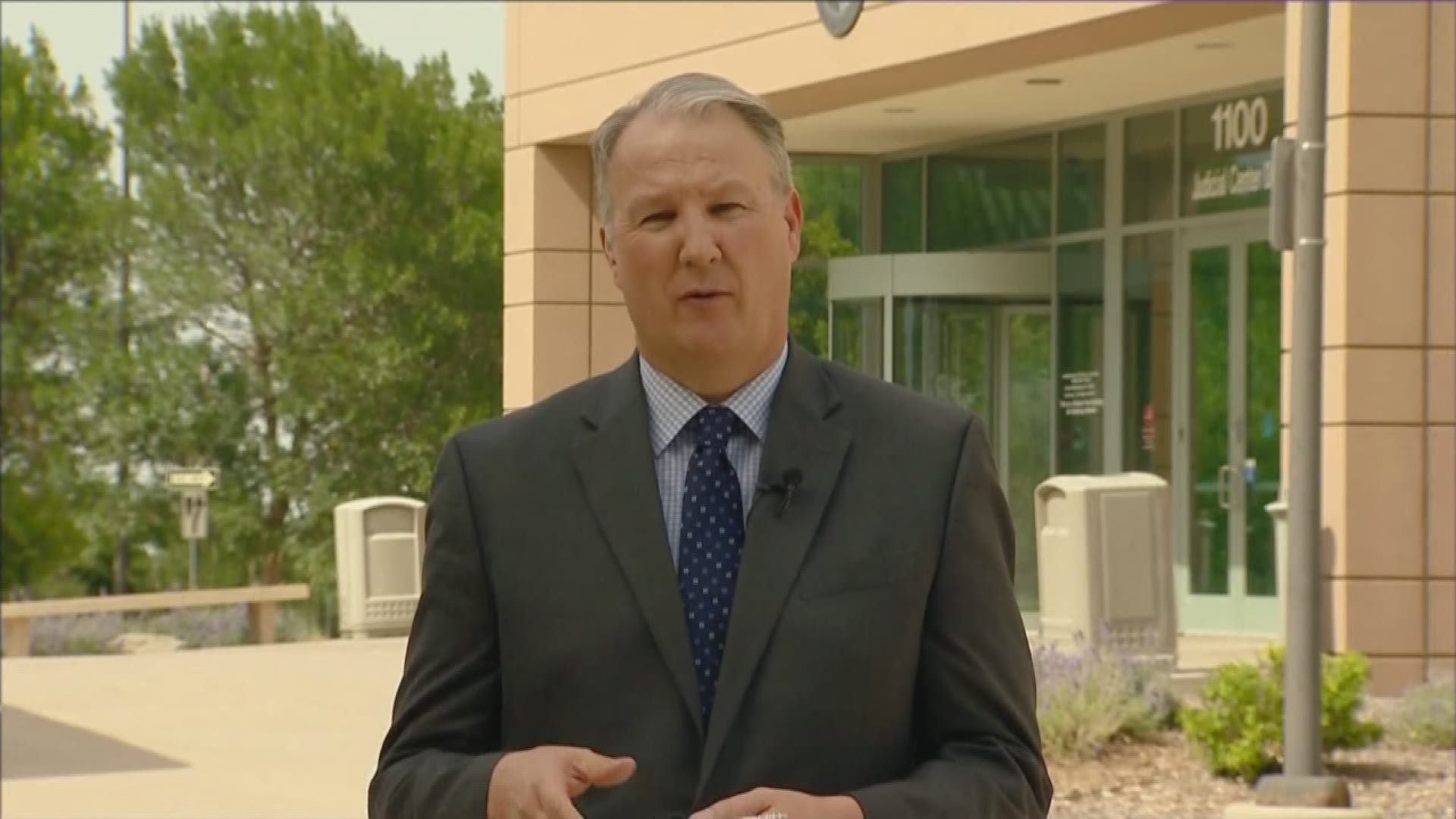 It was 21 seconds of terror in a Thornton Walmart -- all of it captured from numerous angles by the store's security system -- seven gunshots, three people cut down, hundreds of others running for their lives.

And now the man accused of the attack faces a trial, probably early in 2019, on 52 separate felony charges, including six counts of first-degree murder.

Scott Ostrem, 48, will remain behind bars without bail until he goes before a jury following a preliminary hearing Friday that offered a chilling, detailed look at the attack in the store at 9901 Grant St.

The store bustled with shoppers just after 6 p.m. last Nov. 1, and the gunman said nothing as he opened fire with a semiautomatic pistol.

Friday, in a courtroom where at times the only sound was the muffled sobbing of victims' loved ones, all of it was described in painstaking detail at a preliminary hearing. District Judge Mark Warner was charged with determining whether there was evidence both that a crime occurred and that Ostrem committed it.

Ostrem faces six counts of first-degree murder, two for each of the three people who died. One count in each case alleges that Ostrem committed the killings after deliberation, the other that he committed the crimes with extreme indifference.

He also faces 45 counts of attempted first-degree murder and a single charge of committing a violent crime.

One side of the fourth-floor courtroom was jammed with the loved ones of the three people who died, Carlos Moreno, Pamela Marquez and Victor Vasquez. Some of Vasquez's loved ones wore black T-shirts featuring a photograph of him.

Thornton police Detective Douglas Parker, the first witness called by Adams County District Attorney Dave Young, reconstructed the attack in second-by-second detail, beginning with video surveillance footage appearing to show the man alleged to be Ostrem parking his Mitsubishi in front of the store, its headlights flickering as he apparently locked it.

From there, the man walked into one of the store's main entrances, stopping near the cash registers and opening fire, Parker said in testimony illustrated with video and still images from the numerous surveillance cameras in the store.

The first round tore across the store at precisely 6:09 p.m., ricocheting into a dressing room.

The second shot, fired two seconds later, hit Moreno in the shoulder and head, killing him. He'd been shopping with his wife and daughter.

The gunman turned, firing a third shot. The bullet hit Marquez, who moments before had been at the registers with her husband and was now running for her life. She died a short time later at a hospital.

Eight seconds after first squeezing the trigger, the gunman fired the fourth shot, killing Vasquez, who had been at the store with his mother and his fiancee.

Turning toward the door, the gunman fired three more rounds -- piercing packages of beef jerky, shattering a cash register, blasting through a wall, then walked out.

"It appears to be a chaotic scene," Parker said, noting that the gunman could be seen walking through a "sea" of running shoppers.

Parker described how detectives, using video images of the Mitsubishi, were able to locate its car registration and identify Ostrem as the suspect. And he described his arrest the next morning.

When defense attorney Richard Rowe had the chance to question Parker, he focused extensively on the statements of many witnesses, pointing out how many people were unable to describe the gunman clearly. Some said he was Hispanic -- Ostrem is white. One said he had red hair -- he has brown hair.

He also noted that the gunman stopped shooting "of his own volition" while he apparently still had bullets in his gun.

"There's no indication he threatened anyone in the parking lot?" Rowe asked at one point.

Later, in his final argument, Rowe asserted that the charges were excessive, saying it was "incoherent" that Ostrem could face 45 counts of attempted first-degree murder from seven gunshots -- and that the victims in each of those cases was not injured.

But Judge Warner made it clear that Young and the other prosecutors had met their burden.

"The most compelling evidence in this case, the court finds, is really the video evidence," Warner said in issuing his ruling.

Ostrem is scheduled to be back in court Aug. 24 to enter a plea. Young said the trial would likely begin five to six months after that.

Defense attorneys declined to discuss the case after the hearing.