'Denver is the largest market without nonstop service to Amsterdam. That’s something our air service team is looking at. Dublin is a possibility.' 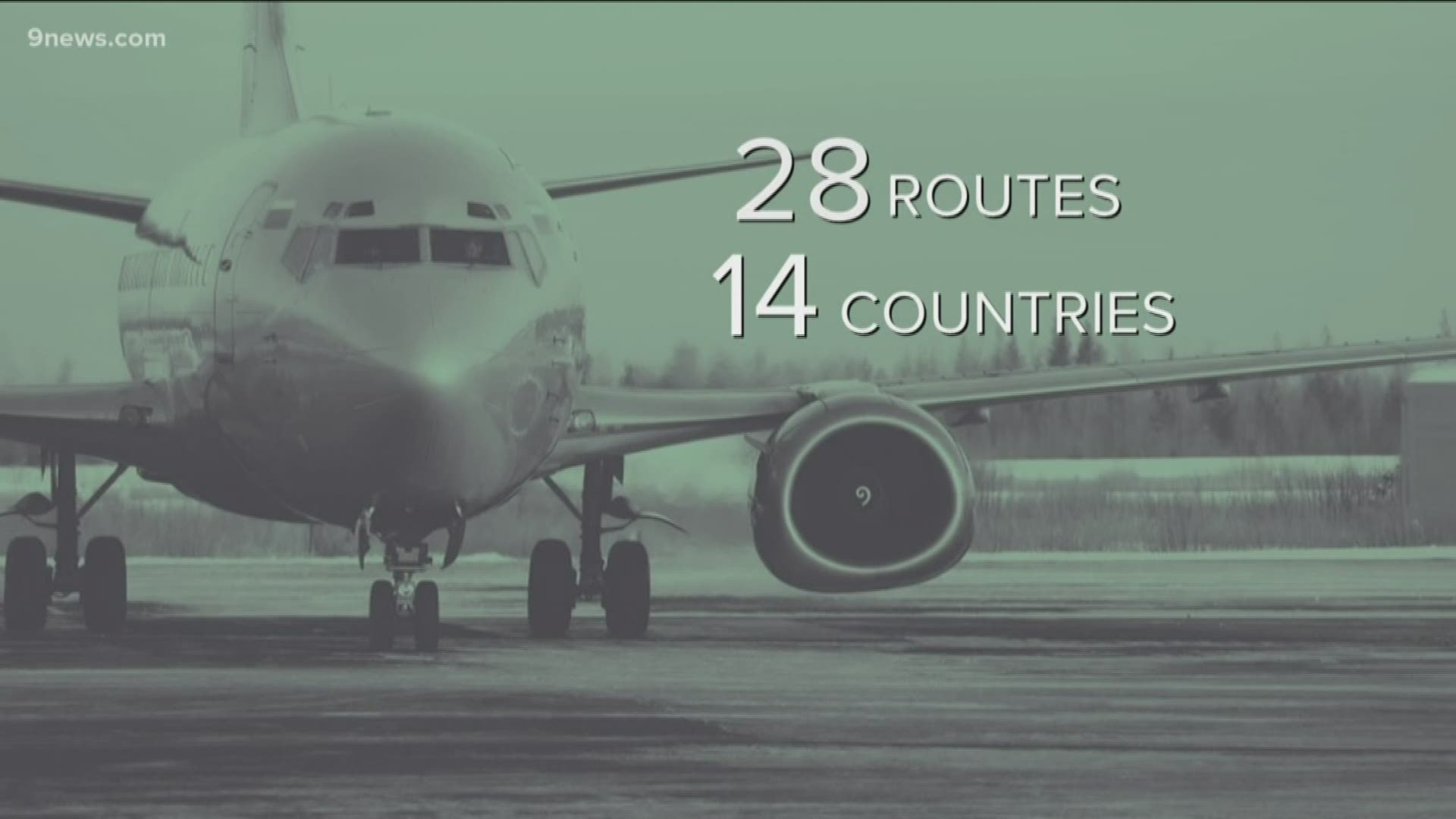 DENVER, Colorado — As the state grows, so do opportunities for Denver International Airport (DIA) to explore destinations beyond the United States.

That marks the 28th international route out of DIA, allowing passengers to get to 14 countries from the airport. Those routes have been largely successful.

“We kind of measure that success by whether the flight, we are able to retain that flight, meaning the airline finds it profitable to operate that flight here, and whether that airline continues to grow here in Denver,” said spokesperson for the airport, Emily Williams.

Most of the airlines have been able to fill seats. Though, Norwegian had some trouble with its year-round service to Paris so it’s cut back to just March through October.

RELATED: Navigating parking near DIA during the holiday rush

“Norwegian has had a problem with some of their engines and actually they've been operating a different carrier on their Gatwick route,” Williams said.

But the airline said that new route to Rome, starting at $249 one-way, will feature its 787-9 Boeing Dreamliner.

As for what's next, there's a team at the airport that's always looking to take DIA somewhere new.

“Denver is the largest market without nonstop service to Amsterdam. That's something our air service team is looking at. Dublin is a possibility. They're always looking at places in South America,” Williams said.