University of Denver's Robin Walker Sterling is among more than 1,100 law professors who signed a letter to congress asking the Senate not to approve Republican Senator Jeff Sessions as Attorney General. 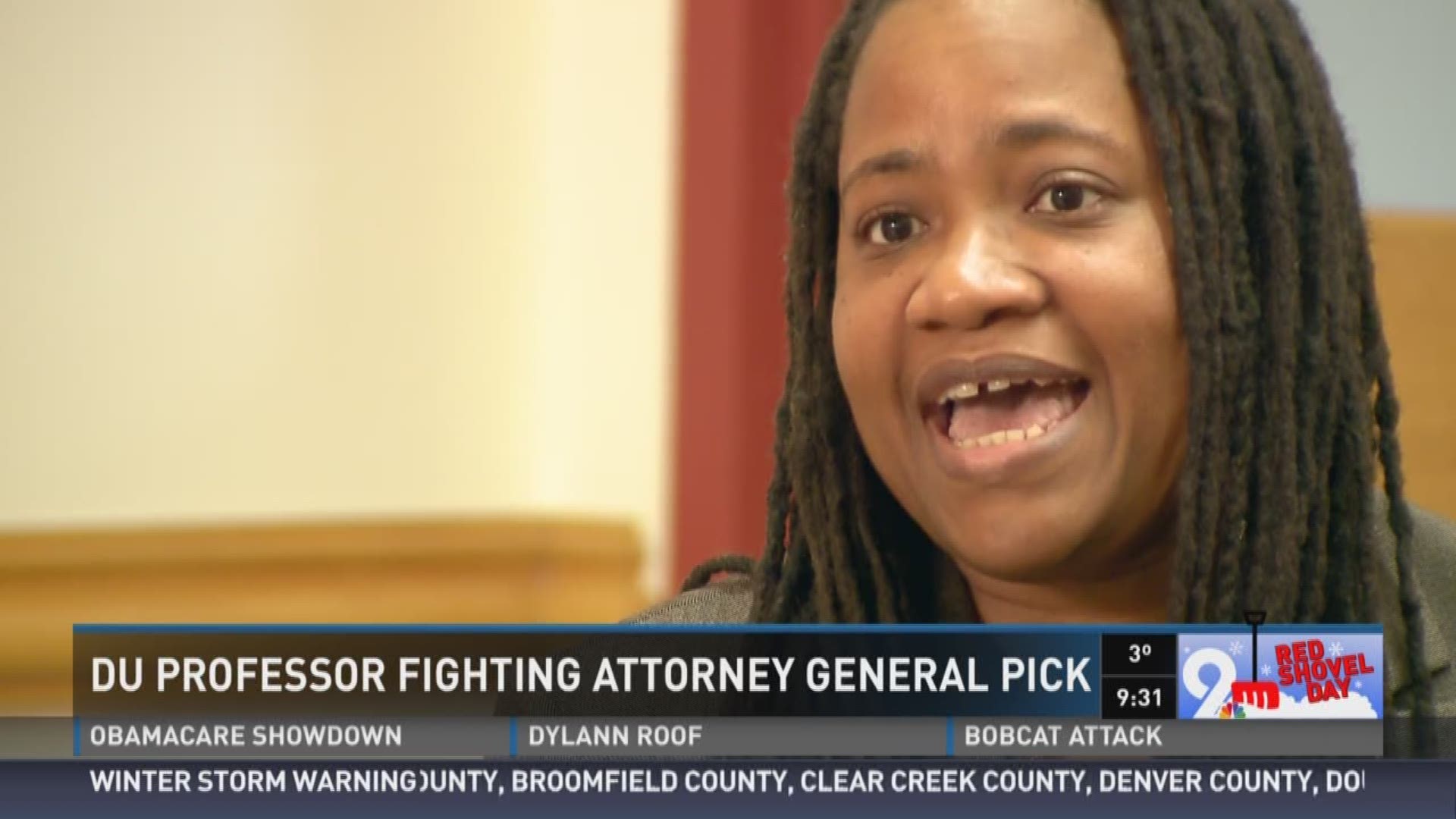 University of Denver’s Robin Walker Sterling is among more than 1,100 law professors who signed a letter to congress asking the Senate not to approve Republican Senator Jeff Sessions as Attorney General.

“We thought that we had a particular insight into how threatening Jeff Sessions' appointment as top law enforcement officer in our country probably is,” Walker Sterling said.

Sessions has spent two decades in Congress developing allies that will more than likely approve him as President-elect Trump’s top lawyer.

Sterling says she is “not overestimating the power that this letter can have”, but also hopes it brings attention to Sessions’ record.

“We are on watch. There are lawyers and law professors and people who care deeply about civil rights in this country,” she said.

9NEWS political analyst Floyd Ciruli says these law professors are “by and large on the liberal side of things” and likely won't have much impact on Sessions' confirmation.

“Mr. Trump has made it utterly clear, as has the Republican congressional leadership that they are reversing the Obama legacy root and stem. It's going to be gone if they can do it,” Ciruli said. “This is part of the strategy to slow it down, to injure it.”

In response to protests against the AG pick, a spokeswoman for Sessions has been defending him via Twitter saying he was the first to prosecute the KKK in Alabama and sharing endorsements by black politicians.

“The issues that the attorney general will be called upon to address are far more subtle and far more insidious than just prosecuting someone in a sheet who burns a cross on somebody's lawn,” Sterling said.

She’s even more concerned about the senator’s stance on voting rights. In 2006, Sen. Sessions voted in favor of extending the voting rights act, but many argue he's also attempted to weaken it.

Sessions has agreed that racial bias in policing needs to be addressed, but Sterling says his words don’t match his actions.

President-elect Trump will take office on Jan. 20. Democrats are threatening to stall some of his nominees, but it isn't clear they'll be able to block any of them.

Sessions has a confirmation hearing on Jan. 10.