How many kids were absent on eclipse day?

Did you take your kids out of school for the eclipse? 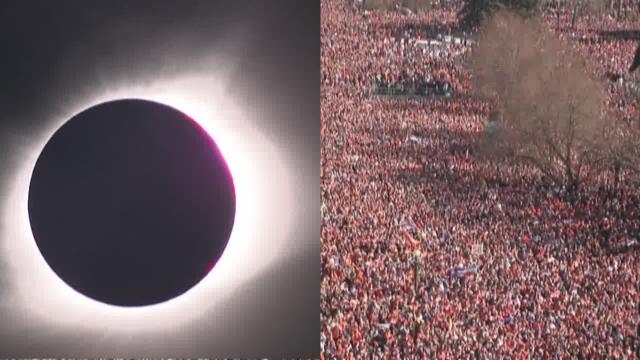 Monday's total solar eclipse appears to have made a dent in attendance at Jefferson County and Denver Public Schools. Although, it didn't have quite the effect the Broncos did just over a year ago.

About 91 percent of students in Denver ended up going to school on eclipse day. It was also the district's first day of classes.

On the first day of school last year, 95 percent of students attended.

In Jefferson County, the eclipse happened on the first Monday after classes began. They had just over 85 percent attendance.

Overall, more students missed school for the Broncos super bowl celebration in February 2016. In Denver, there was only 80 percent attendance that day. Jefferson County had 83 percent of students in class.