Currently, student-athletes can't compete for 14 days, but can return to school after 7-10 days. 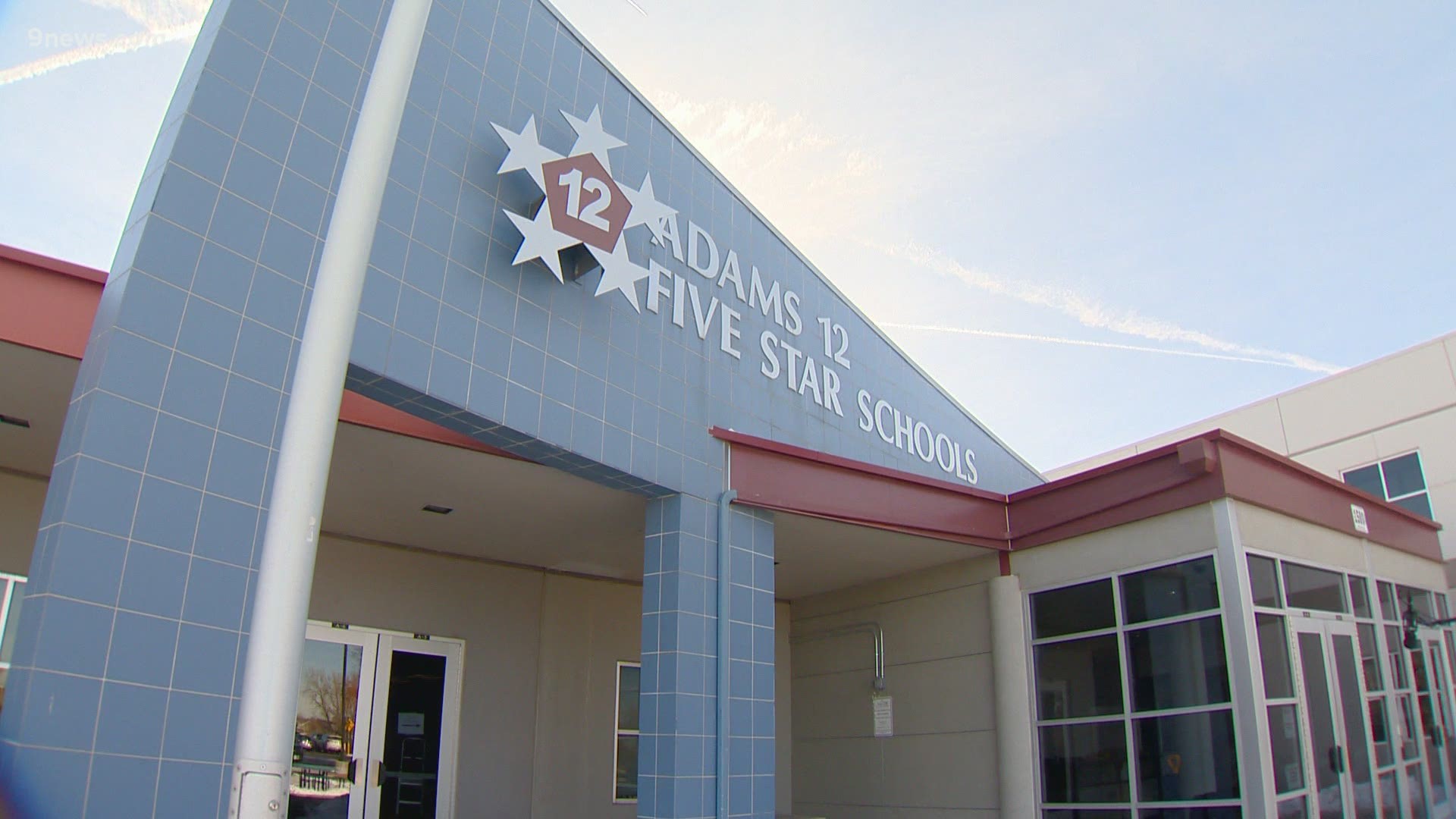 ADAMS COUNTY, Colo. — Adams 12 Superintendent Chris Gdowski sent a scathing letter to the Colorado Department of Public Health and Environment (CDPHE) asking them to overturn their rule regarding quarantine-time for student-athletes.

>Video above: Adams 12 was able to get their teachers and substitutes over the age of 70 vaccinated in January.

In Gdowski's letter, he points out that students and staff members can return to class after quarantining for seven days following a negative PCR test or 10 days if the person has not been tested. While student-athletes can return to school after 7-10 days, they are not eligible to return to their sport until after 14 days, and Gdowski called CDPHE's position "unjust and irrational."

Gdowski then cites a CDPHE memo that was posted to the Colorado High School Athletic Association (CHSAA) web page on Feb. 24. In the CDPHE memo it cites a CDC estimate that after seven days of quarantine, there might be a risk of transmitting COVID-19 as high as 12%. The risk for transmission after 10 days lowers to 10%, according to the CDPHE memo.

Gdowski counters that the CDC guidance shows that the median risk of COVID transmission is 4% after a seven-day quarantine and drops to 1.4% after 10 days.

"CDPHE's insistence on 14 day quarantines to guard against a 1.4 to 4 percent risk that a quarantined, asymptomatic student athlete may have contracted COVID and may transmit the virus to other participants cannot be squared when the reality of testing - or more accurately, non-testing - of student-athletes is considered," Gdowski's letter says.

He adds, "the intersection of our state's non-existent requirements for student-athletes, and CDPHE's 14 day quarantine standard for non-symptomatic student-athletes, results in the irrational, arbitrary, and capricious exclusion of student-athletes who have a 1.4 to 4 percent risk of being COVID positive from upcoming regional and state level competitions at the same time that non-tested athletes - including several that will be asymptomatic but COVID positive, given incidence rates through the state - will be able to freely participate."

Gdowski's letter says that while state and health leaders encourage COVID testing to identify both symptomatic and asymptomatic positive patients, CDPHE's 14-day quarantine, and lack of testing for student-athletes, "acts not to encourage testing but to disincentivize it."

He calls for CDPHE to rescind its 14-day quarantine rule on or before Wednesday, March 3 so that "student-athletes in Adams 12, and athletes elsewhere facing unjust exclusion from post-season competition, can safely participate."

9NEWS has reached out CDPHE for a response, but has yet to have heard back.