Investigators said they don't believe an image displaying three people with the caption, "Me and the boys bout to exterminate the Jews" to be a credible threat. 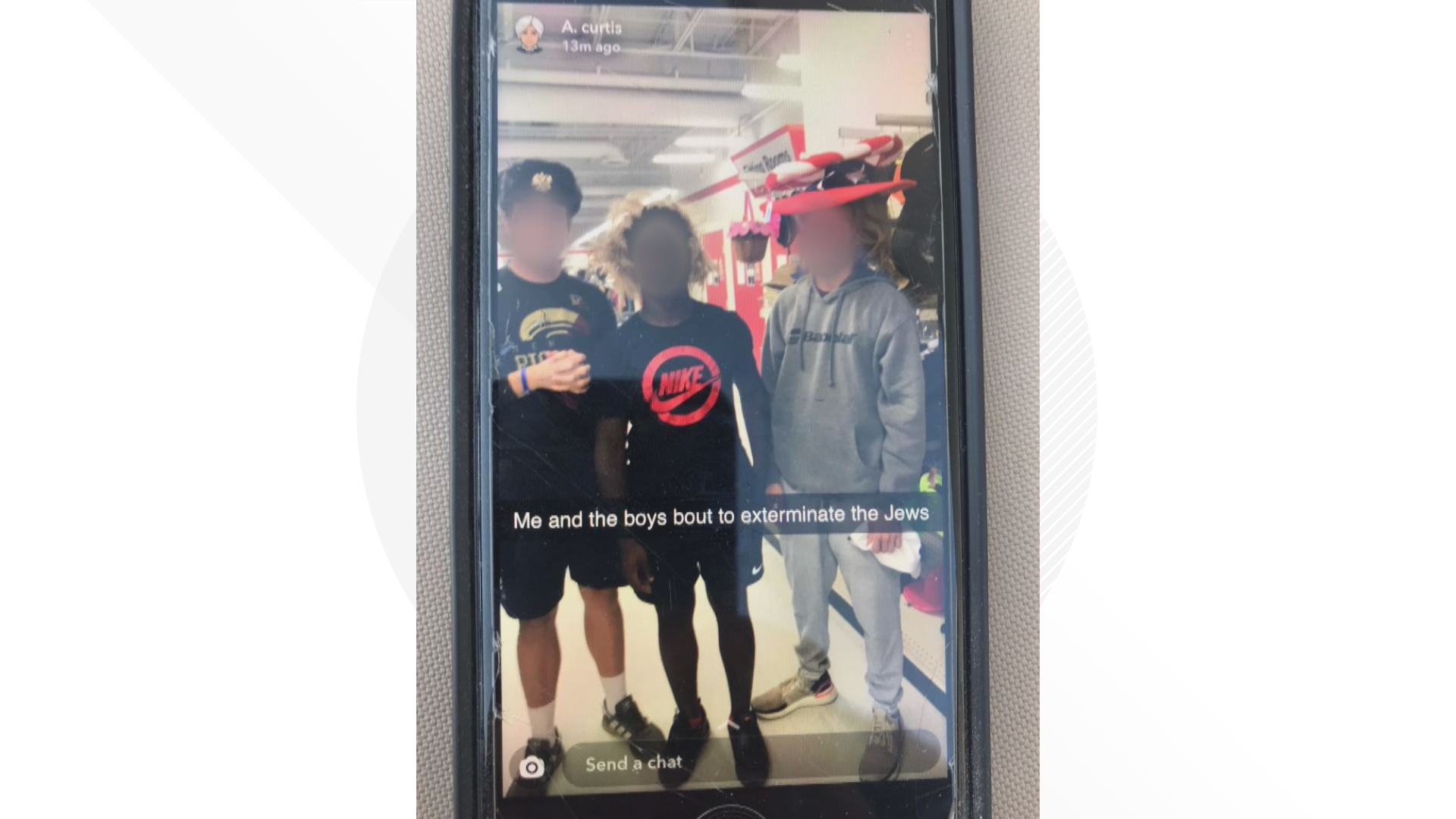 The caption reads, "Me and the boys bout to exterminate the Jews."

According to CCHS, all three students pictured said they were unaware of the caption on the post.

A fourth student who was behind the camera could face criminal charges, according to the Sheriff's office although they said they do not believe the post is a credible threat.

Investigators said they know who posted the Snapchat and have spoken to that student's parents.

The Snapchat was posted Friday off-campus, according to police, but it was quickly screenshotted and sent to CCHS parents, CCHS administration and people like Scott Levin, the Regional Director of the Anti-Defamation League.

"The picture was brought to my attention by a parent of a student at Cherry Creek High School," Levin said. "When I saw it I was extremely disgusted and disappointed."

"Whenever there is hateful action like this that takes place targeting anybody, it is important for the leadership of organizations to speak out against it and to make it clear that it’s not acceptable in our schools, in our community, in our state or in our country," Levin continued.

Levin said he was pleased to see the responsiveness of CCHS and the Cherry Creek School District in this situation.

I am reaching out to make you aware of an anti-Semitic social media post made over the weekend in the community involving four Cherry Creek High School students. This happened outside of school and on the weekend. However, we are investigating to determine the impact on the school environment and will take appropriate action. All three students in the photo say they were unaware of the anti-Semitic caption on the post. We are continuing to investigate. A fourth student took the photo, wrote the caption and posted it on Snapchat. Police are aware of the post and are investigating.

We are in communication with the Anti-Defamation League about how best to support students in the wake of this incident. Cherry Creek High School does not tolerate hateful speech or actions. Our responsibility is to keep students safe and to provide a place where students of every race, ethnicity, religion, gender and sexual orientation feel safe, valued and supported.

I share this information with you so that we can all partner to take a stand against hate and to fight for the values that define Cherry Creek High School: acceptance, care, respect for diversity, and learning. Our children need us to serve as the role models who will acknowledge wrong when it happens and support those who are in need.