The state's largest school district plans to hold a weekly briefing to keep everyone updated on their plans for the new school year. 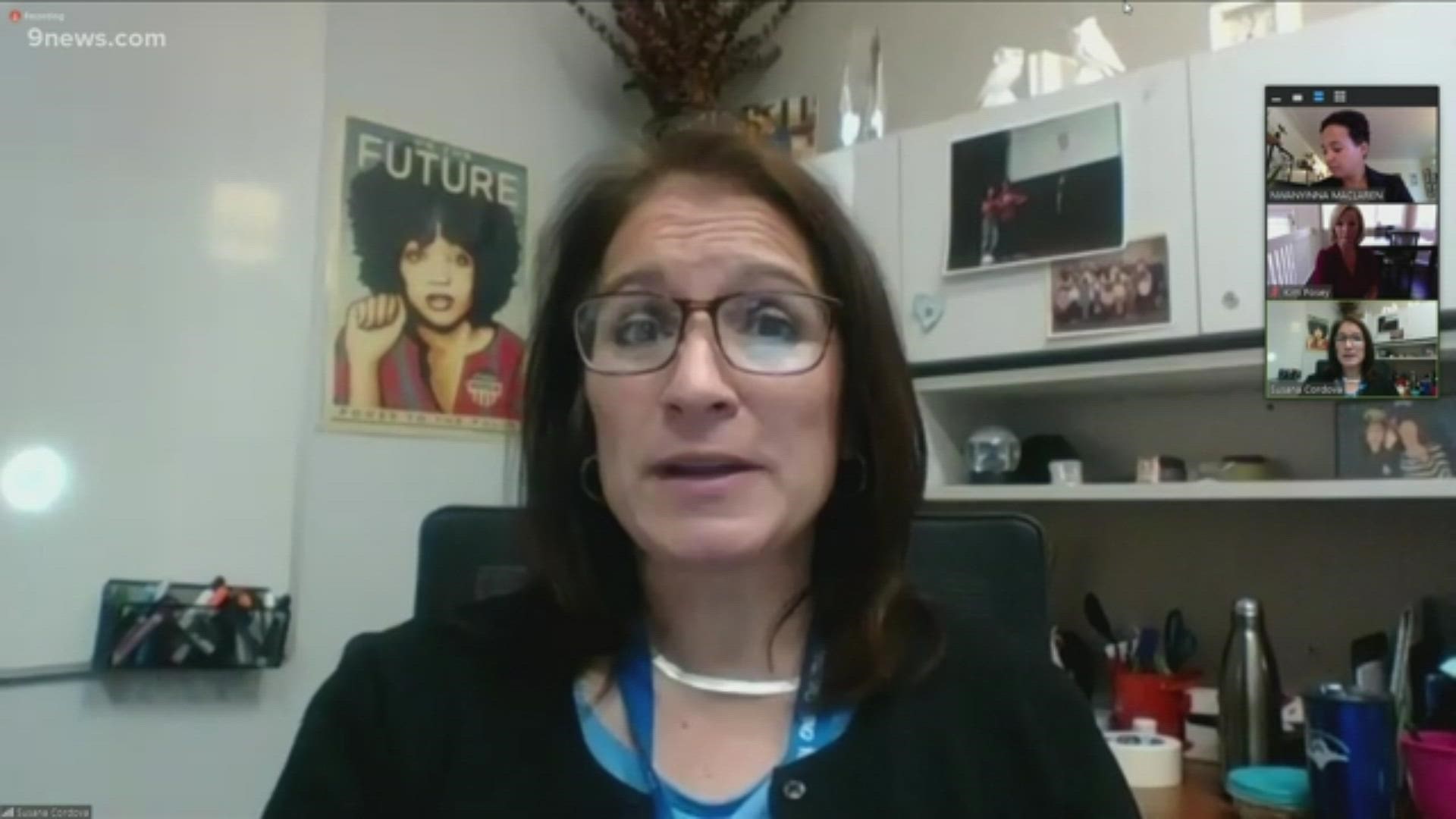 Those will be in addition to daily live updates that are provided at 10 a.m. on weekdays on the district's Facebook page.

Tuesday's briefing came just a day after the district's K-12 teachers returned for a week of training. Next week they'll connect with students and plan for remote learning ahead of the Aug. 24 start date.

DPS was supposed to start earlier, but pushed back their start date and announced plan for remote learning through the entire first quarter for most students. That means most students won't return to classrooms until mid-October at the earliest. When that does happen, Cordova said as of now about 30% of students have chosen a 100% online option.

She said they're working with the local health department to develop a set of metrics that will help them determine when it is appropriate to begin in school learning or move to stick with remote learning.

"They are looking at a variety of different publicly available metrics that are updated on  regular basis wither daily or weekly," she said. "They are also doing some research around thresholds to determine how they would guide decision making based on different levels."

Cordova said it would look similar to the metrics the Cherry Creek School District is currently using and was developed with input from Tri-County Health. Students there are set to return to in-person learning the week of Aug. 17.

When in-person learning is in session, Cordova said testing would be key and touted a new COVIDcheck program that will provide ongoing testing for teachers twice a month. The support staff will be able to get tested once a month for free, according to Cordova.

"We know from schools around the world that have opened successfully, a robust testing program is part of what helps them stay open and do successfully while limiting the spread of COVID transmission," Cordova said. 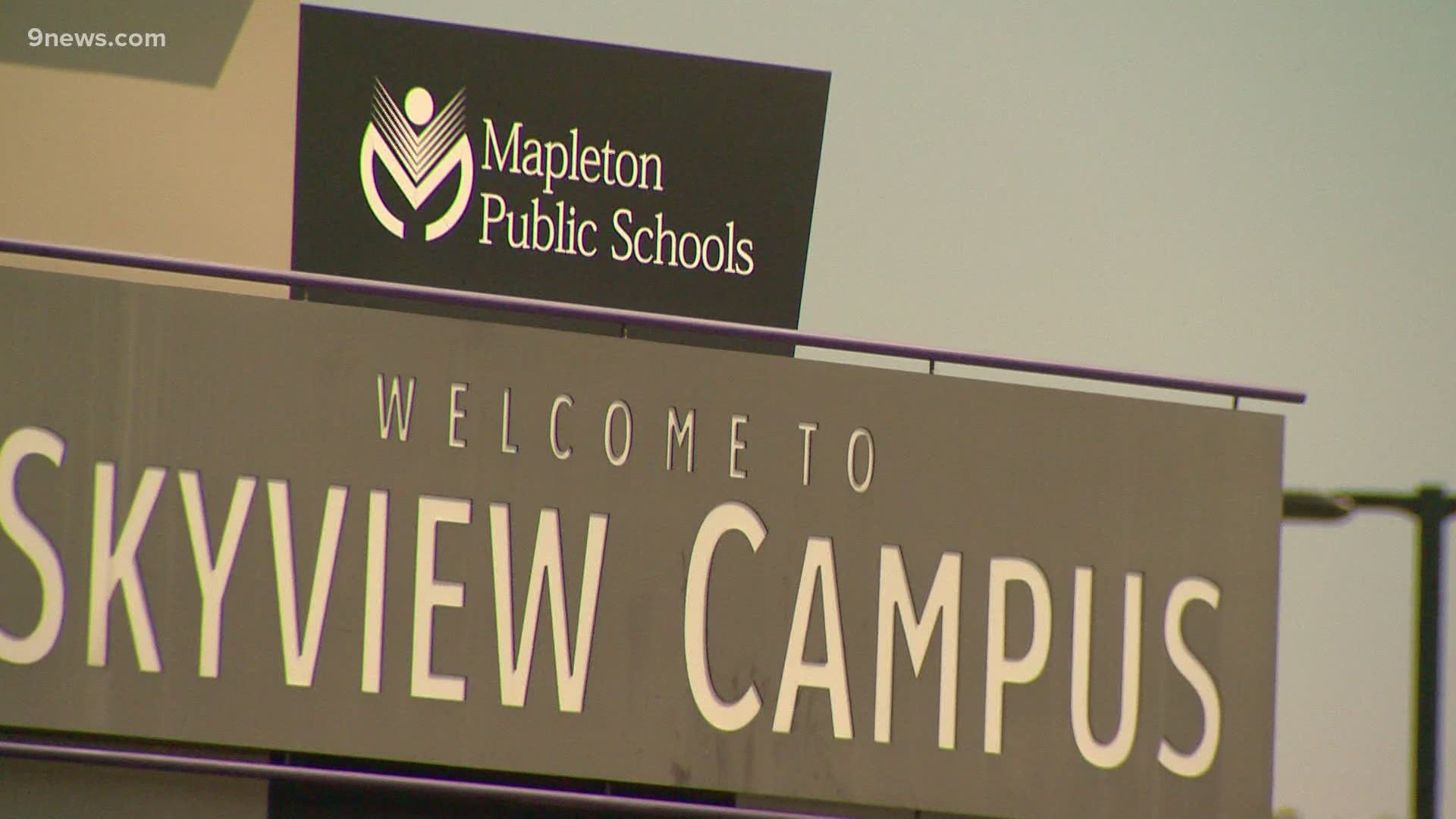 In an earlier letter to parents, DPS said it was working to bring back small groups of students "identified as high-priority for in-person learning" as soon as Sept. 8.

High-priority students were identified as those who require special learning, students who use English as a second language and younger students in kindergarten or below. Cordova said last week that plans for that had not yet been finalized.

Cordova also that they're looking into creating learning centers where students would be able to do remote learning from inside school buildings. It's something that the Adams 12 School District already has in the works and Cordova said her district was talking with officials from that district about their plans.

"Small groups of students would be able to come in, meet with the teachers virtually, but in a safe proctored environment," Cordova said. "We definitely understand both the challenge for working parents to support their children if they are working, the need for safe spaces for kids, the need for reliable internet at times so that's something we are in the process of developing."

She said they hope to have those ready for the first day of school on Aug. 24 but might need a little more time.

Cordova said they're also still going through applications from teachers who have requested that they be allowed to work remotely.

Cordova noted that a group of students from Martin Luther King Jr. Early College appeared on the Today show Tuesday morning to discuss the podcast they created.

The podcast is called “Know Justice, Know Peace: DMLK’s 'The Take.'” The idea came from members of the Black Student Alliance at DMLK