A Denver mom said she wants to make sure 'pods' form with diverse families. 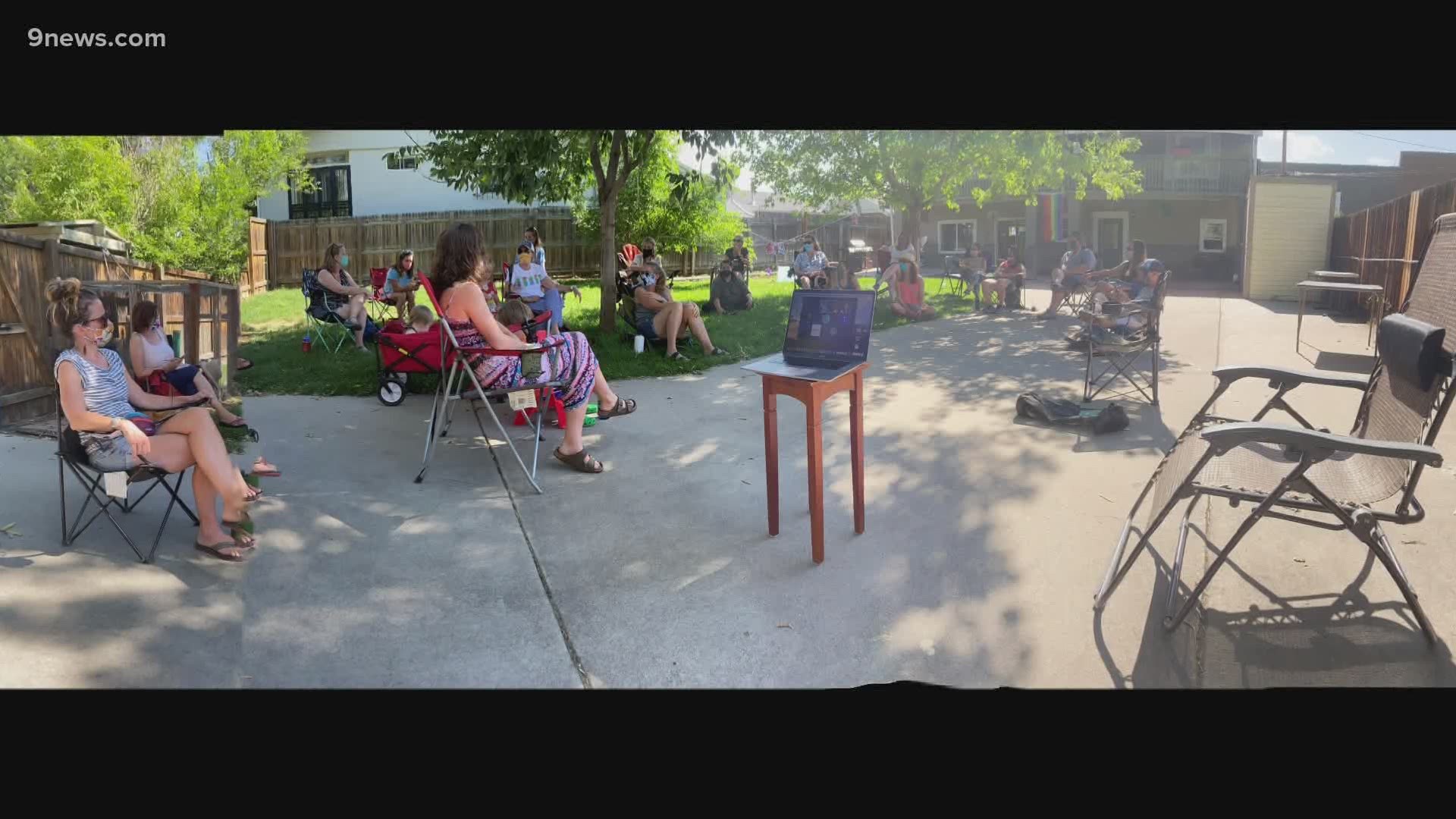 DENVER — With remote learning the only immediate option for parents within Denver Public Schools, Bex Paz said parents like herself are thinking about doing something they've never tried before.

"You're seeing a lot of parents feeling they need to pull their kids out of school either by choice or because they don't have any other options as our school buildings aren't going to be open until later," Paz said. "Those parents are getting together and forming learning pods. So, ideally, that would mean families, two to three families, same school, same grade levels if possible."

Paz has two kids, ages 6 and 9. Monday afternoon, she and about 20 other parents from Valdez Elementary met to talk about the creation of small groups of children to do their school's remote learning curriculum together with parents taking turns volunteering to support the kids.

"Making sure the kids are in their classes, virtual classrooms, when they need to be," Paz said. "Then, supporting them with the projects and resources outside of that."

She runs a small Spanish language school out of her home and is offering her yard and classroom to her own pod and other pods from Valdez Elementary if parents need the space.

But, she said she worries that while learning pods could be an answer for some families, it could also create another problem.

"Other parents and this is our big fear are going to be on the more affluent end of things and will combine with other families like themselves and hire a private teacher," Paz said.

Paz said these types of pods would be like forming a little private school which if kids officially leave their public schools, they will take away public funding.

"I do have a real concern about what it would look like if affluent families decide to disenroll completely from the school districts," Paz said.

She is also concerned that these types of groupings can widen the gap between rich students and poor ones.

"We are going to have a further issue with equity and access to a quality education we already have in our communities and it will get worse with the formation of learning pods," Paz said.

Unless, Paz said, families stay enrolled in their public schools and if she can help these parents connect with minority and low-income families to integrate them into their learning pods.

"So, we are asking those more affluent families who have the connections and the teaching degrees and all of that to make sure they're including families that wouldn't have that same opportunity," Paz said.

Paz said this is an option families should think about for the good of all kids.

"So, what we’re doing is putting together families of two to three equitable diverse groups to get together and support each other," Paz said.