The northern Colorado school district will reassess in October whether to return to in-person learning. 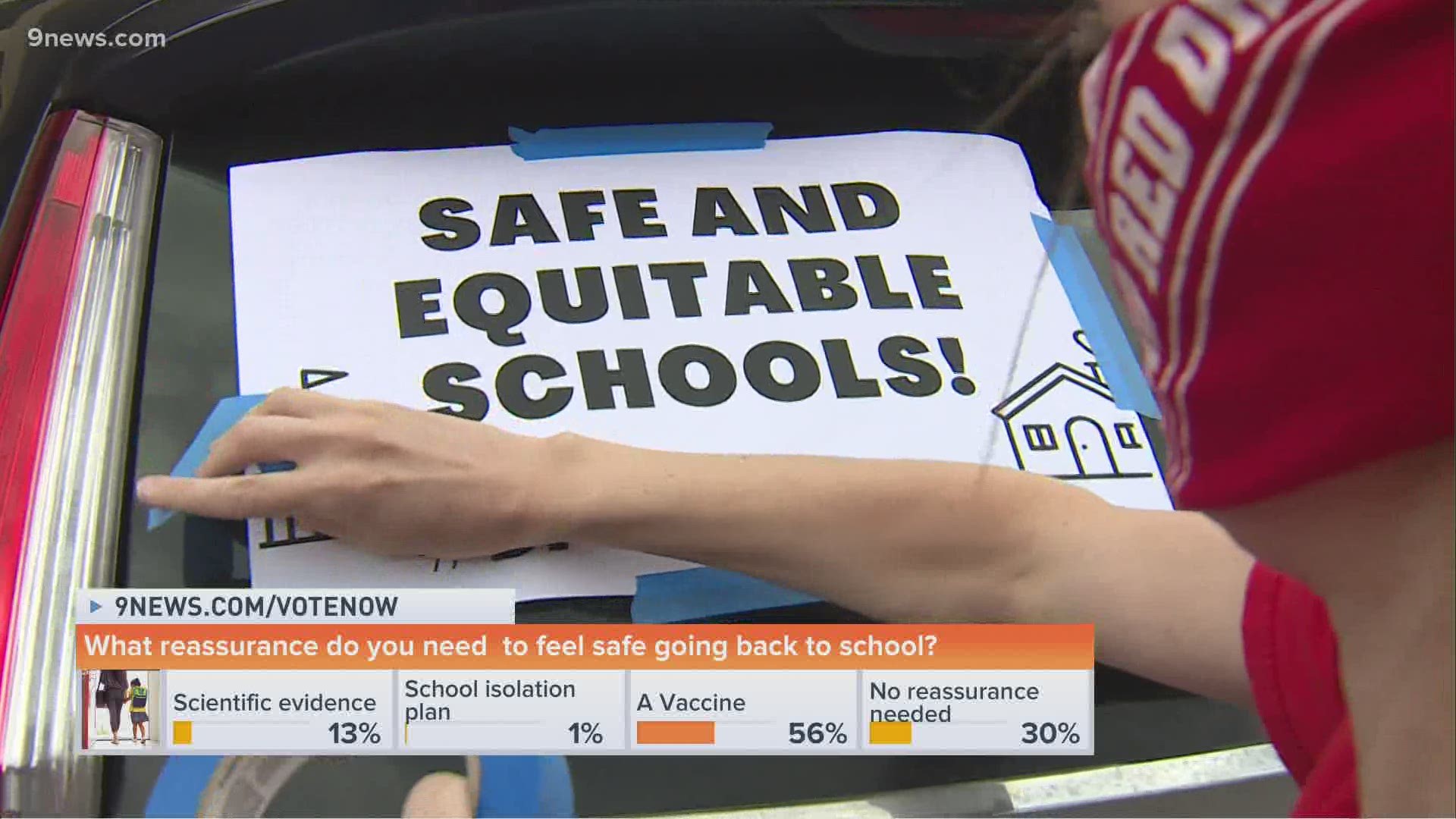 LARIMER COUNTY, Colo. — The Poudre School District is the latest in Colorado to announce a switch to remote learning for at least the beginning of the 2020-21 academic year.

That’s according to a letter released Tuesday by Superintendent Sandra Smyser, who said district and health officials agreed it would be “unwise to open schools in our current environment.”

RELATED: Here are the fall plans for Colorado school districts

In her letter, she said schools will be closed to in-person learning until at least Oct. 16, after which district leaders will evaluate the next steps.

>> Video above: What reassurance do you need to feel safe going back to school?

“There are challenges with remote education for all grade levels and things won’t look the same as when teachers, students and staff are able to be together in school,” Smyser wrote. “We are working now to finalize the many critical components of and questions about this new opening plan and will share an update this Friday, Aug. 7 with more detailed information about what you can expect."

The state’s largest district, Denver Public Schools, will switch to remote learning for at least the first two weeks of the academic year.

RELATED: ‘Coloradans are doing the right thing:’ Polis has good news about COVID-19 trends in state

This comes as Gov. Jared Polis (D-Colorado) said the state was seeing decreases in new COVID-19 cases and hospitalizations, but warned that further caution was necessary.

The Colorado High School Activities Association announced Tuesday that high school sports will go on this year, but activities like football and volleyball will be moved to the spring.