BVSD wants younger grades for in-person learning four days a week, with older grades coming back once a week. 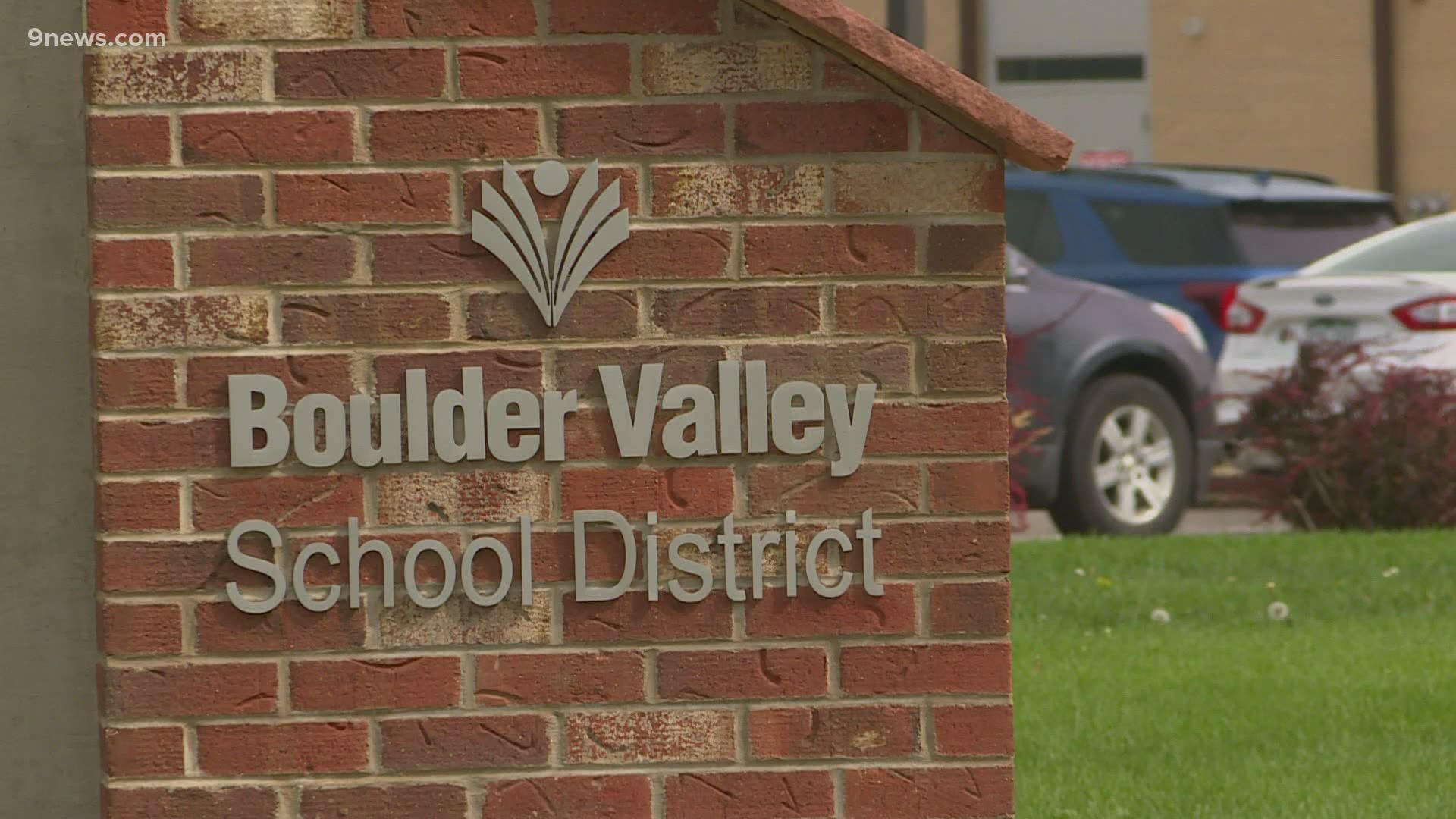 BOULDER COUNTY, Colo. — Sending their kids to Broomfield High School means parents hope their students can fly like Eagles, the school mascot. But Kristen Stodden said she feels like her two kids are being grounded.

"I understand that the hybrid keeps half the kids in the building," Stodden said.

In other districts, a hybrid model has students returning to classes for in-person learning twice a week, with half of the students in the building at a time. But Boulder Valley School District (BVSD) released a plan which has students grades six and up in school only one day a week.

"One day a week is the plan for high schoolers starting on Nov. 3," Stodden said. "To me, that feels like giving up."

Chris Goldberg has four daughters in the district, including at Broomfield High School. He said the BVSD plan is not good enough.

He said that in other districts, like Adams 12 Five Star Schools or Jefferson County, students are going back for in-person learning for five days at younger grades. BVSD has them coming in four days a week.

"The opportunity that those children have to go back to in-person learning in hybrid models versus what BVSD has done — which is much, much more limited," Goldberg said.

Randy Barber, chief of communications officer for BVSD, said BVSD has a different situation than neighboring districts. Barber said too many teachers opted to teach only remotely, eliminating the chance to create a fully hybrid plan.

Goldberg said the district could have found a solution.

Barber said there simply is not a pool of teachers ready to be hired.

"We are already in the middle of a teacher shortage, so there aren't any teachers that are just waiting around for positions at this point," Barber said.

At this point, another factor that Barber said the district must monitor is the number of COVID-19 cases at the University of Colorado-Boulder (CU-Boulder). The campus has seen a spike prompting public health orders to end all social gatherings for two weeks.

"What they are looking at is whether or not there is community spread, and right now they feel the situation at CU is pretty much confined to the school, to its students, and its staff," Barber said.

Goldberg and Stodden said they want the district to find a better way to get in-person learning off the ground.

"We're teaching these children in very formative years of their lives to hate school," Goldberg said.

Stodden said she wants her kids to get the same chances other kids are getting in neighboring districts.

"My hope is that they will offer equitable opportunities in BVSD as well," Stodden said.