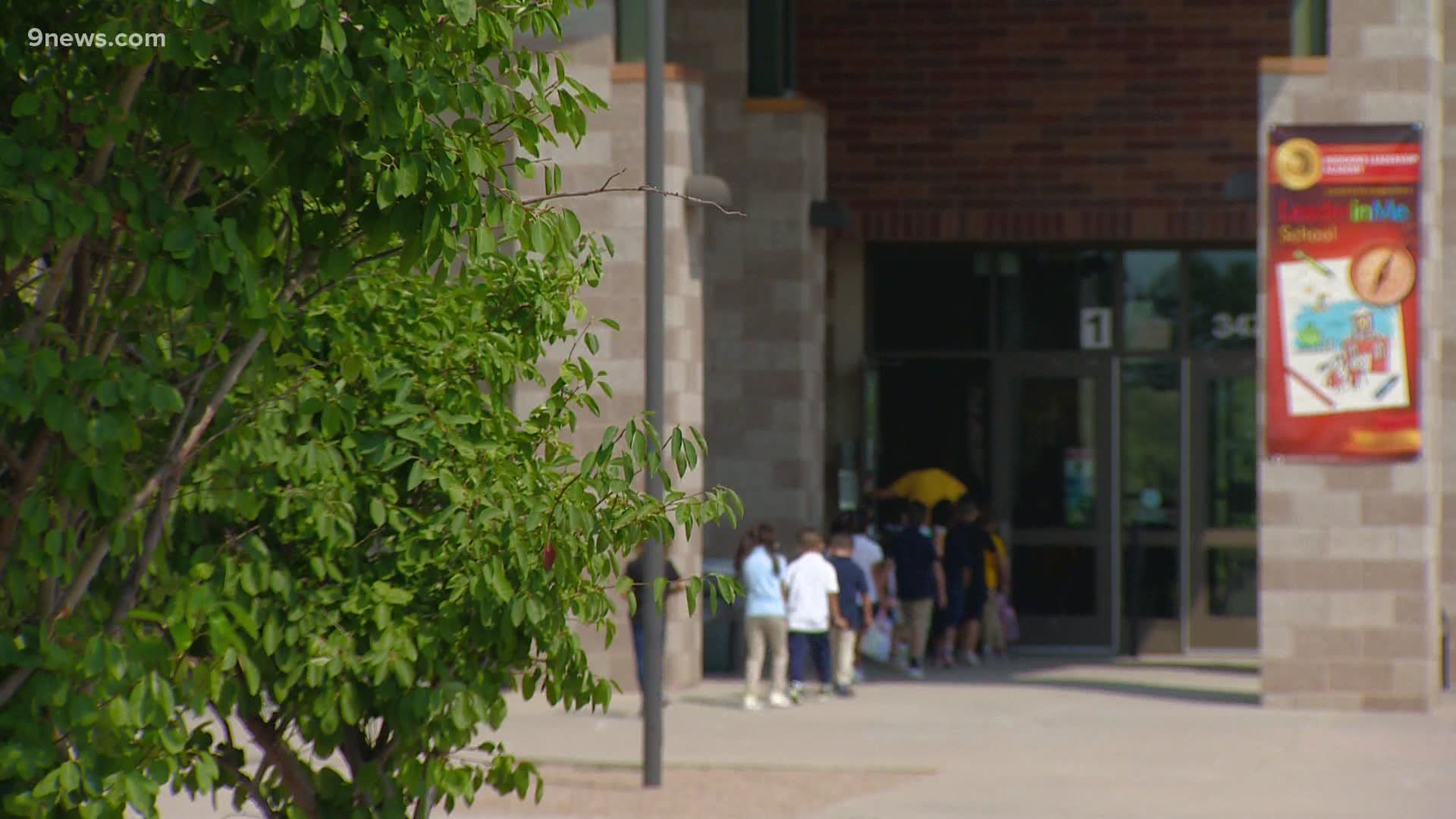 WESTMINSTER, Colorado — Of all the things that accompany the first day of bringing kids back to school in Westminster, the one thing that was certain — was uncertainty.

"To say that we weren't anxious or nervous a little bit, of course, I mean everybody is because there is a lot of unknown territory here," said Dr. Pam Swanson, Westminster Public Schools (WPS) superintendent.

Swanson said the unknown is not unexpected. Before the second day of school Friday morning, Swanson was notified that a teacher at Hodgkins Leadership Academy tested positive for COVID-19.

"You know, it wasn't a flurry," Swanson said. "I think we just kicked our plan into action that we had prepared for."

RELATED: DPS tipped off other districts about laptop delays caused by sanctions on China

The plan includes decisions mapped out on a flow chart to keep things simple and clear, according to WPS Chief Operating Officer James Duffy.

"The speed and being able to quarantine students as quickly as possible is very important," Duffy said.

Duffy said the teacher who tested positive and 109 students who were in contact on day one were immediately quarantined and placed into remote learning.

"Our goal in this is just like a snow day, to let parents know as early as possible so they can make alternative plans," Duffy said.

Swanson said this is something parents need to get used to.

"I hate to say this, because it's not the normal we knew before COVID, but this is probably gonna be the pattern for school districts this year," Swanson said.

Six school districts around Denver have reported six staff members, four students, and one unspecified person as testing positive for COVID-19 for a total of 11 people. Those districts combined have more than 145,000 students and nearly 8,400 teachers.

In Westminster, 109 students are quarantined out of more than 9,000 total, making up about 1.1% of the district population with no COVID-19 spread reported thus far, according to Duffy.

"I think the months of planning has really paid off," Duffy said.

Swanson said she hopes so, because she knows the district's COVID-19 containment plan is one that she expects to use again.

"When I first heard it, I was concerned about our teacher and of course the kids she was with, but in the end, because we implemented our plan and it was on the front end of the school year, we know our plan works," Swanson said.