A campus safety officer at East High School in Denver performs the Heimlich Maneuver on a choking student.

Thomas Elio demonstrates how he performed the Heimlich Maneuver on a student to save his life.
Author: Nelson Garcia and KUSA (KUSA)
Published: 12/3/2014 1:38:55 AM

DENVER – When campus safety officer Thomas Elio is on the job, he works to make sure all students are safe at East High School in Denver.

"[I] just make sure all the kids are in the right place, that no one's messing around and doing what they're not supposed to be doing, checking visitors," Elio said.

Monday afternoon, freshman Justin Merida needed him for something else. Merida won a piece of candy from his teacher during Japanese class for answering a question right.

"I just put it in my mouth, and I just kind of breathed in a little bit and next thing I knew it was down my throat," Merida said.

Elio was nearby and responded to the fourth-floor classroom.

"I instantly ran up to the student and asked him if he was choking. He gave me the choking sign," Elio said.

"So, I instantly started doing the Heimlich maneuver on him," Elio said. "Finally, [I got] the piece of what was lodged in his throat out."

Elio says all campus security officers are trained in first aid and that includes the Heimlich maneuver.

"You're pushing upward into the abdomen, so it pushes air up to clean the airway," Elio said.

"I mean he was right there," Sparling said. "Had they called EMS, it could've been 5 or 7 minutes before they got there before someone else could've begun to start working."

She calls Elio a hero.

"Just incredibly thankful that Thomas was here to help, and I was like 'thank you so much,'" Merida said.

This is the second time the East High School security team is credited with saving a life. A couple weeks earlier, Elio says two other security officers aided an assistant principal who started suffering a heart attack. The security officers got an automated external defibrillator and kept the man alive.

"Just making sure that everyone is safe in the building is key," Elio said. "I feel pretty good." 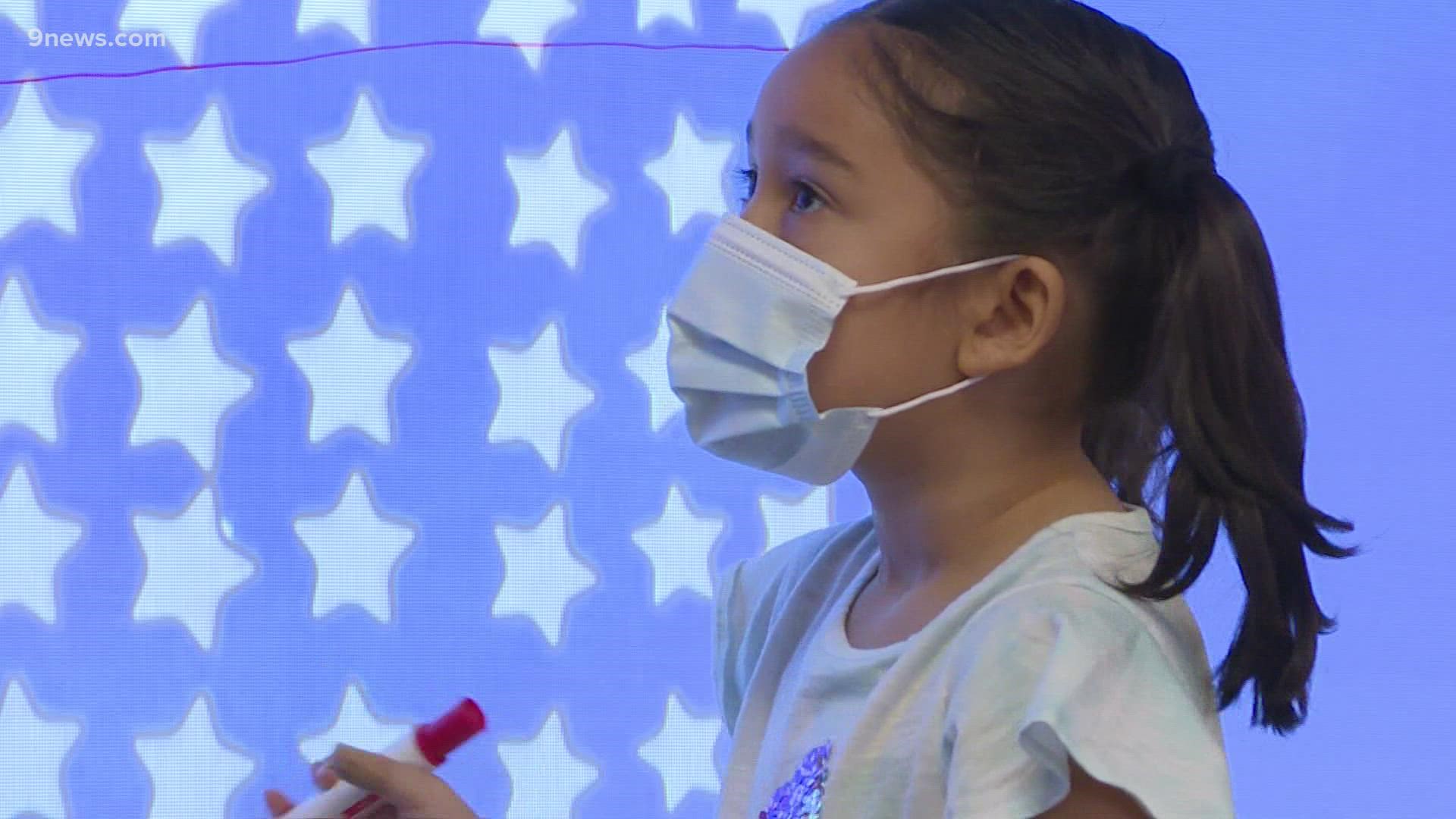