Child psychiatrist: Changing a student's school routine can cause insecurity

As districts across Colorado shift between in-person and remote learning, Dr. Sheryl Ziegler said young students are affected the most. 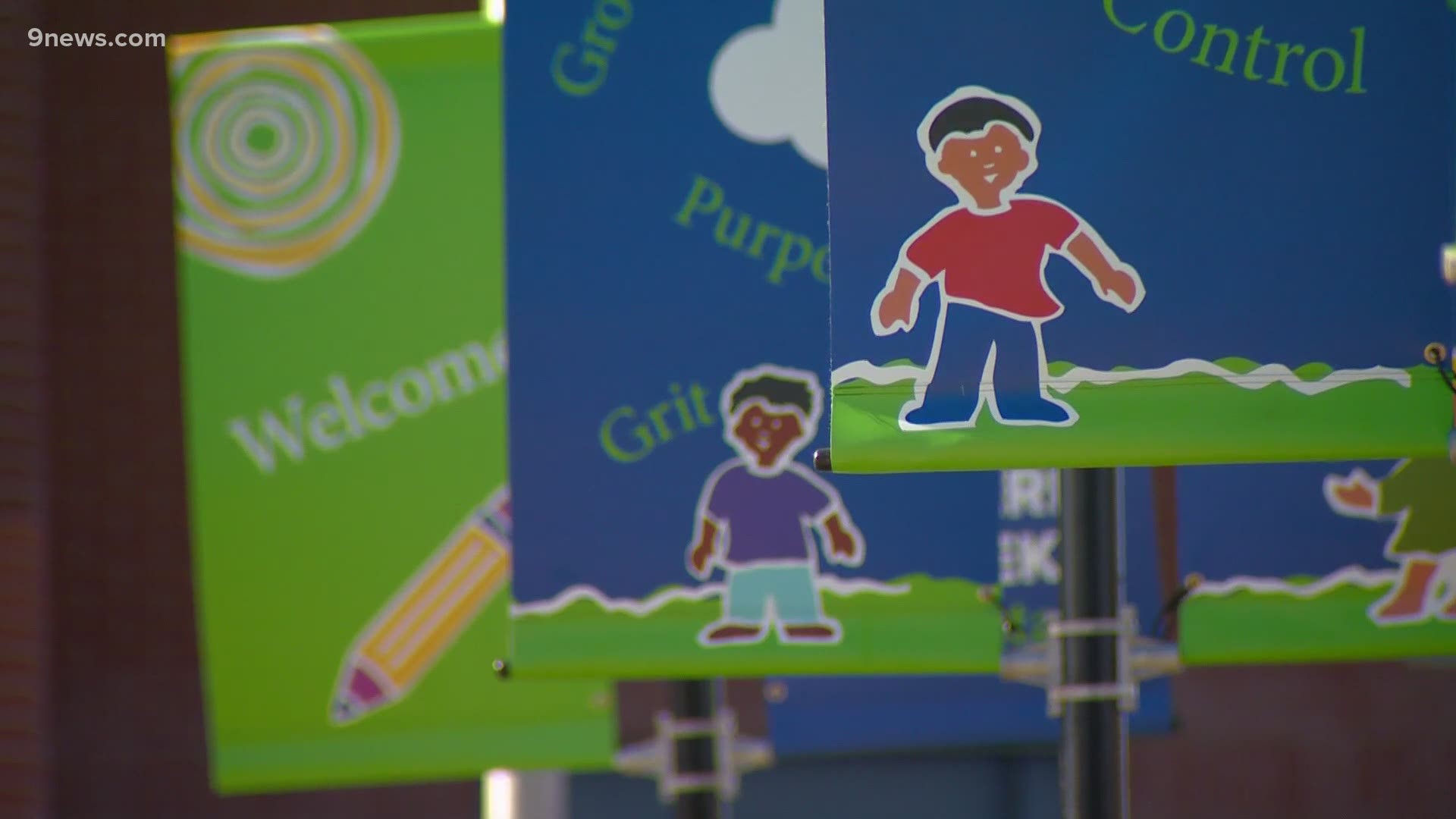 DENVER — Denver Public Schools' Superintendent Susana Cordova announced Wednesday that a majority of students would be transitioning back to 100% remote learning just a few weeks after they began in-person classes.

Cordova was joined by Denver Health’s Dr. Steven Federico during an 11 a.m. briefing on Wednesday where they discussed the district's plans and current health conditions.

"I think our students are losing out on the opportunity to have in-person because of our failure as a community to keep COVID rates down," Frederico said. "We need to work harder as a community to come together, work together to do the things we know work to drive the rates down so that we have fewer cases of COVID coming from the community into our schools promoting disruption. There's no question our students will be better off when we can get them back in person." 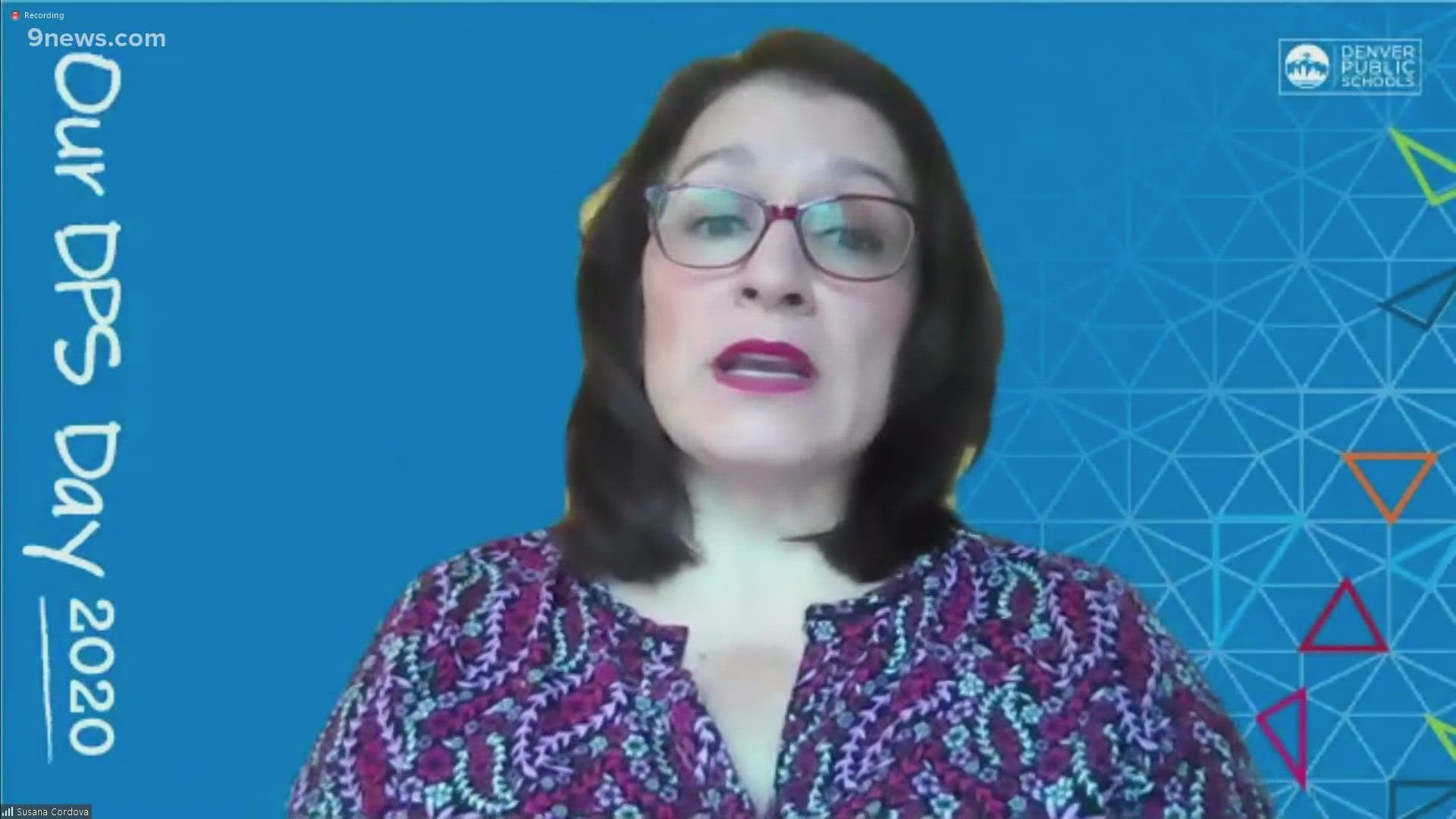 As students are away from friends and teachers more and more, Dr. Sheryl Ziegler, a child psychiatrist in Denver, said they lose valuable in-person connections and relationships.

To learn more about how this impacts a child's mental health, we spoke with Ziegler.

9NEWS: What are some of the big impacts that you're seeing so far with the transition to remote learning, and previously with having to go back and forth between remote and in-person learning?

Ziegler: The impacts of having kids on an inconsistent schedule and going back and forth really are pretty vast when we're focusing on the younger children.

You can see things like changing their sleep habits, poor eating habits, social-emotional issues, not being able to form solid relationships with their classmates, increasing anxiety, increase in just lack of confidence.

Those are pretty significant impacts because routine for kids means safety and security. And when we cannot assure them that routine that goes out the window.

How does a cohort going into quarantine impact a child's mental health?

Ziegler: The change of routine, going back and forth and being unpredictable causes insecurity. And then when you have insecurity in a young child who's still developing, they get a lack of confidence, and they also get this increased anxiety because they don't know what's next, and they don't feel like things are reliable.

It is a very big impact on them to essentially say 'Well you're going to go to school today, but we don't know what's going to happen after that.' You can imagine just putting it that way, if you actually said it that way.

That sense of fear and distrust that would be held inside of them of 'Will I see my teacher again? Is my teacher even safe? Is someone sick in my class?' They've got a lot of things to be anxious about, and so I think that there's a lot of worry going on in their thoughts.

How long do you expect those changes to impact those students?

Ziegler: The American Psychological Association and the World Health Organization have written about this. We believe that after the pandemic and we are going to have, you know, anywhere from three to five years of a mental health, negative impact across the world, you know, and that's what's very interesting about this is not a certain segment a small community one state.

This is worldwide, the loneliness that people are experiencing and feeling and so when we're talking about kids and we're talking about teenagers especially. They're incredibly lonely, they're missing out on those interactions that help them figure out the world, whether it's how to talk to someone that's the same age, how to talk to a teacher, person in authority, how to deal with a coach, how to be on a team and cooperate.

There's so many opportunities that they're missing out on and so when we talk about what is the outcome. This is not just going to be a year or two, we really look at years of fallout with probably more anxiety, more depression, more difficulty launching into young adulthood, not having that confidence to make decisions and deal with adversity.

What's the best way to talk to our kids about their mental health and help them through the uncertainty?

Ziegler: Just be present. Make sure that you consistently check in with them and when I say be present, that means go into their room or be somewhere with them where there's no phones, there's no distractions, you can hold some silence, and maybe you can put out there for them 'this has got to be tough, you've got to miss your friends, you've got to miss basketball or you have to miss you know your boyfriend or girlfriend.'

Whatever it is, just saying things that are pretty obvious what they probably miss, and usually people do pretty well when you are able to say how they feel, because maybe they're not wanting to talk, they usually they'll at least nod their head. And just empathize with them and tell them that you're sorry and tell them that it's okay to feel bad about these things. It's normal to feel bad about these things. So, if you can hear, the theme is just be consistent, communicate, and empathize.