The $60 million facility will offer seven pathways for students looking to learn a trade skill, rather than attend a four-year college. 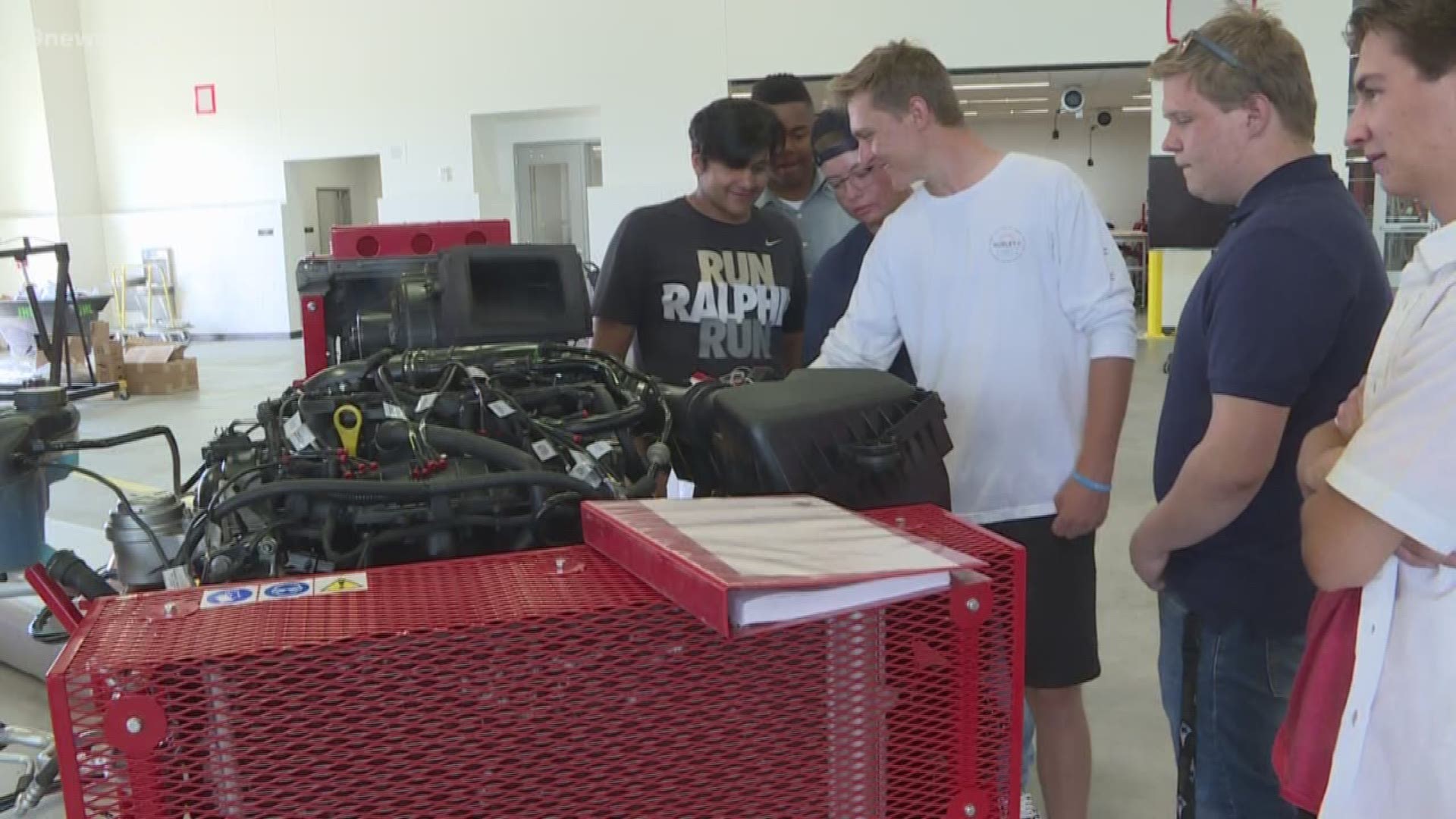 CENTENNIAL, Colo. — Being the first is exciting for Senior Jocelyn Nunez at the brand new Cherry Creek Innovation Campus.

"I think it's pretty cool," Nunez said. "Everything is so nice and beautiful."

She will learn to be a Certified Nursing Assistant in one of the seven pathways offered at the new $60 million campus in Centennial.

Students can attend classes at the campus to work toward industry certifications while simultaneously earning high school and college credit.

"Coming in, I started tearing up a little bit," Nunez said. "I was like, 'This is real. I am about to make my whole family proud. I'm going to be a CNA.'"

"It's very impressive. It's a state-of-the-art campus," Legg said. "It's definitely the only one of its kind and the fact that it's tailored for high school kids is even more exciting."

The campus programs will be under the guidance of Principal Mark Morgan.

"Putting them in these work-based learning environments where they have that opportunity to not only experience it, get some high school and college credit, get industry certifications, but they get to live in that culture and climate of that pathway," Morgan said.

Legg said that type of experience is invaluable.

"They're learning to think and act like a nurse," Legg said.

Morgan said the purpose is to offer students an alternative to the traditional path of graduating high school to attend a four-year college.

"Let’s get everybody ready not only for college — work-based industry, going right into the workforce [and] also into the military," Morgan said. "We are responding to the needs of our families."

The culinary students will run the cafeteria. The automotive students will work on real cars. The nursing students will use real hospital equipment and be tested on the same kinds of mannequins used in nursing school.

Nunez said this means more than finding a career path. She said she struggled during her freshman year.

"I didn't go to school," Nunez said. "I was constantly ditching class, not doing homework, just falling behind."

Now, she said can get ahead by being among the first students to use the new campus paid for by the $250 million bond issue approved by voters in 2016.

"I think it hit me most when I was changing into my uniform. I was like, 'This is real,'" Nunez said. "I never saw myself coming this far, let alone graduating from high school."