Some parents involved in these complaints want the executive director to step down. 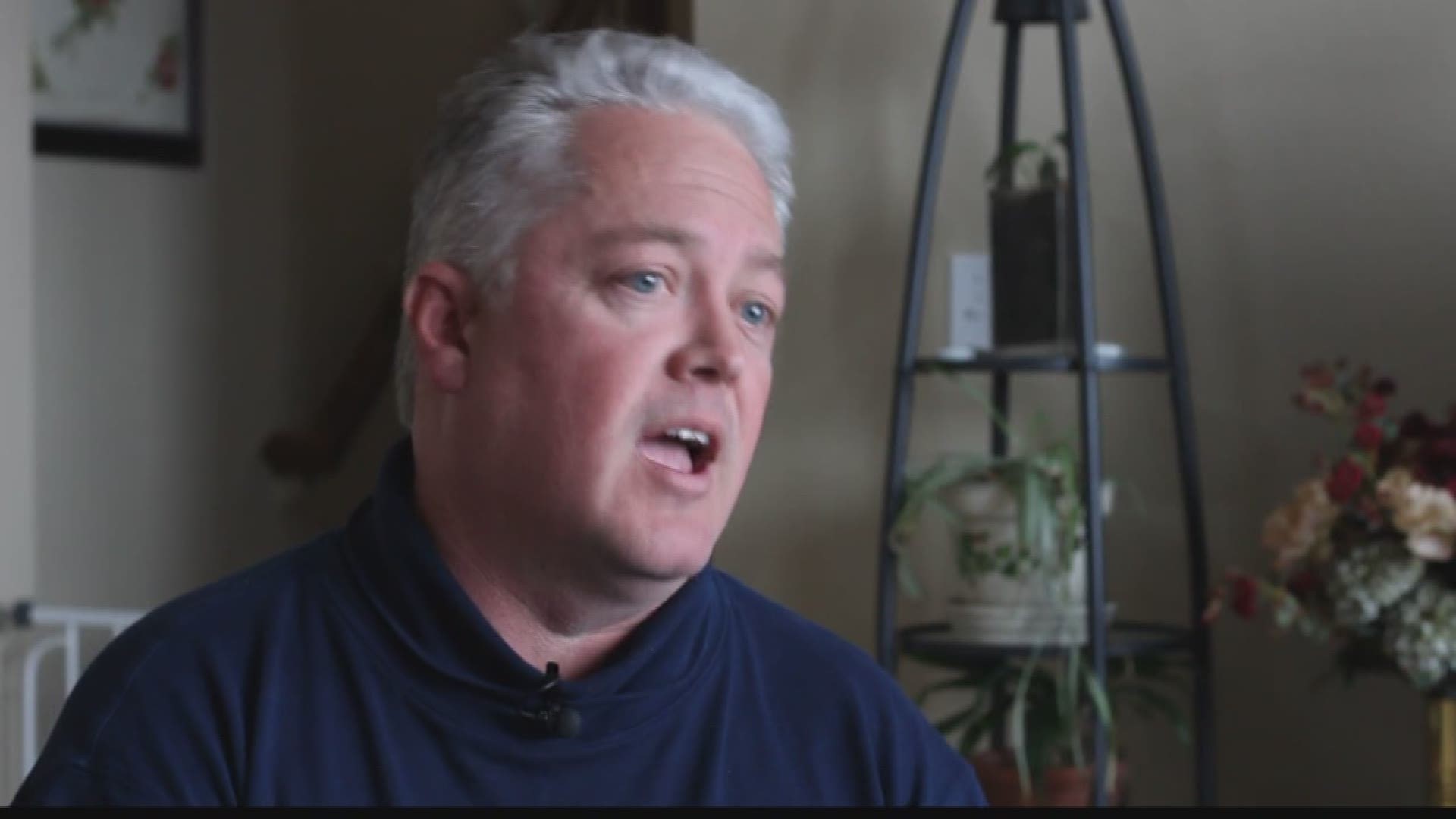 THORNTON — Stargate Charter School in Thornton has an award-winning reputation when it comes to educating gifted students in Colorado. But some current and former parents tell 9NEWS that the school’s image needs repair after seven complaints were filed in the last two years with the Office of Civil Rights inside the U.S. Department of Health and Human Services.

One of the complaints details allegations of a former girls’ volleyball coach sexually harassing his players. One student accused the coach of inappropriately “touching players on the hip, shoulders and butt without consent.” Another said he told them he wouldn't let them play if they did not “wear skin-tight clothes to practice.” One player called him creepy and said he makes sexual references. Parents of a couple of players told the executive director they witnessed the coach kiss two players on the cheek.

After players sent him this information, the executive director of the school, Josh Cochran, decided not to contact Child Protective Services according to the OCR complaint. He did not fire the former coach but decided not to renew his contract, allowing him to finish the season and continue renting Stargate’s gym for his private club for another three months.

What’s troubling parents though, is the justification Cochran gave OCR investigators for not contacting CPS. He told OCR investigators he “felt torn between the parents and students who loved the coach and those who did not,” adding “it’s not like he had sex with them.”

“For me, it was just being naïve to relying on Title IX being something that the district would respond to if we received a formal Title IX complaint,” Cochran explained to 9NEWS. “What we’ve learned is that any sex discrimination complaint doesn’t have to meet the level of what would be called a Title IX complaint, is something we have the obligation to investigate.”

As of Monday night, Cochran asked the Stargate school board for a restructuring that takes him out of his current leadership role. He became the Executive Director of Stargate in 2015. Since then the school has received at least eight OCR complaints. They most often result in the school entering an agreement to change policies and procedures. In the case of the volleyball coach, OCR determined the school violated Title IX and required it to create a new way to document complaints of sex discrimination. It’s under federal monitoring for that case as well as two others.

Two other recent complaints have resulted in federal monitoring. In one case, Stargate failed to provide a suspended student, who had a disability, special education services that they should have received.

The third case that requires monitoring stems from a sexual assault of a student by another student off campus. OCR concluded that the school did not do enough to ensure those two students don’t encounter each other on campus. The resolution agreement requires the school to create a better documentation procedure when it comes to sexual harassment cases.

“We are not hiding from our mistakes. We see these OCR opportunities as a systems audit. What we’ve implemented as a board and a staff, I am so proud of,” said Cochran. “We’ve increased our capacity in so many ways, especially serving kids. That’s what’s made us better. And this has been kind of a blessing in disguise.”

Some parents involved in these complaints want Cochran to step down.

Curtis Kowalski pulled his son out of elementary school with weeks left to go in the school year after Stargate’s handling of an inappropriate interaction involving his son and another student.

“It was happening on the playground in the afterschool program. Way inappropriate,” said Kowalski. “We reported it to the program director.”

He expected the school to notify Child Protective Services after the interaction between the two students. A Department of Human Services inspection found that the school didn’t report the incident to CPS, a violation of a state statute.

While that case did not result in OCR requiring change, Kowalski said he felt his son was unsafe at the school and pulled him out of Stargate.

“We lost all trust. It creeped me up that something like that wouldn’t be reported to CPS,” said Kowalski.

Kowalski and other parents have been pushing for change and they may have received it on Monday night when Cochran suggested a restructuring.

“There’s areas of mistakes that I’ve made as executive director, I am not resigning. But I’ve asked for a restructuring of rolls to do something that allows me to have a direct impact with our students and our children every day instead of being in this leadership capacity,” said Cochran.

The Stargate Charter School board operates independently of Adams 12 Five Star Schools despite being a part of the district. However, the district’s funding could be affected if Stargate doesn’t comply with the OCR agreements.

“If there are indications that Stargate is materially violating the terms of any of the Resolution Agreements, or if OCR issues a Letter of Impending Enforcement Action, the district will take decisive action to ensure that Stargate fulfills its legal obligations to its students and their families, which will protect the federal funding available to district schools as well,” wrote Joe Ferdani, Director of Communications for Adams 12 Five Star Schools.

The Stargate Charter School Board said it’s accepted a proposal to restructure and that he’ll leave his position as of June 30, 2018. He will be “reassigned to a hybrid position that will encompass both teaching and community development.”

9NEWS has not named the former volleyball coach because he has not been charged with a crime.

9NEWS spoke with parents of students at Stargate. 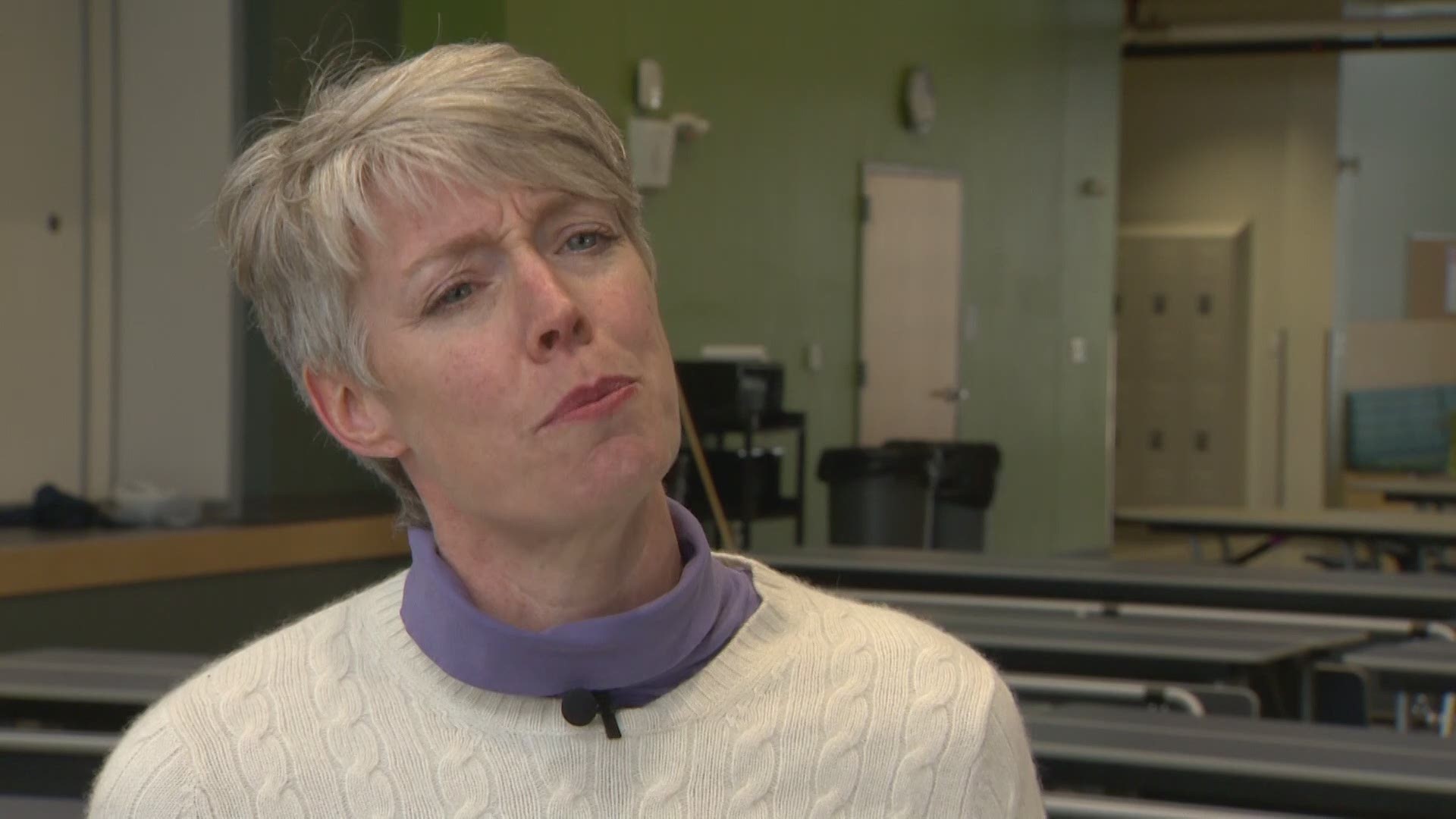 “I'm confident in how the board is handling all the problems. I'm of the mind that mistakes have been made and we're trying to rectify those mistakes at this point, and I really feel like the board is taking all the necessary steps to make that happen," said Yvonne Min. "In the end I think the school is going to come out better and stronger because of what they've learned from these mistakes.”

“One of the things I felt was really important to say is it's clear some mistakes have been made, but what impresses me most is how the school has dealt with it - how the board has adopted new policies," said Teresa Walsh. "They've ensured different personnel are now responsible for different aspects of IDEA, or 504 of the Rehabilitation Act or Title IX.”