After six outbreaks in two weeks, state guidelines require a campus shutdown, but JeffCo Schools had a different idea. 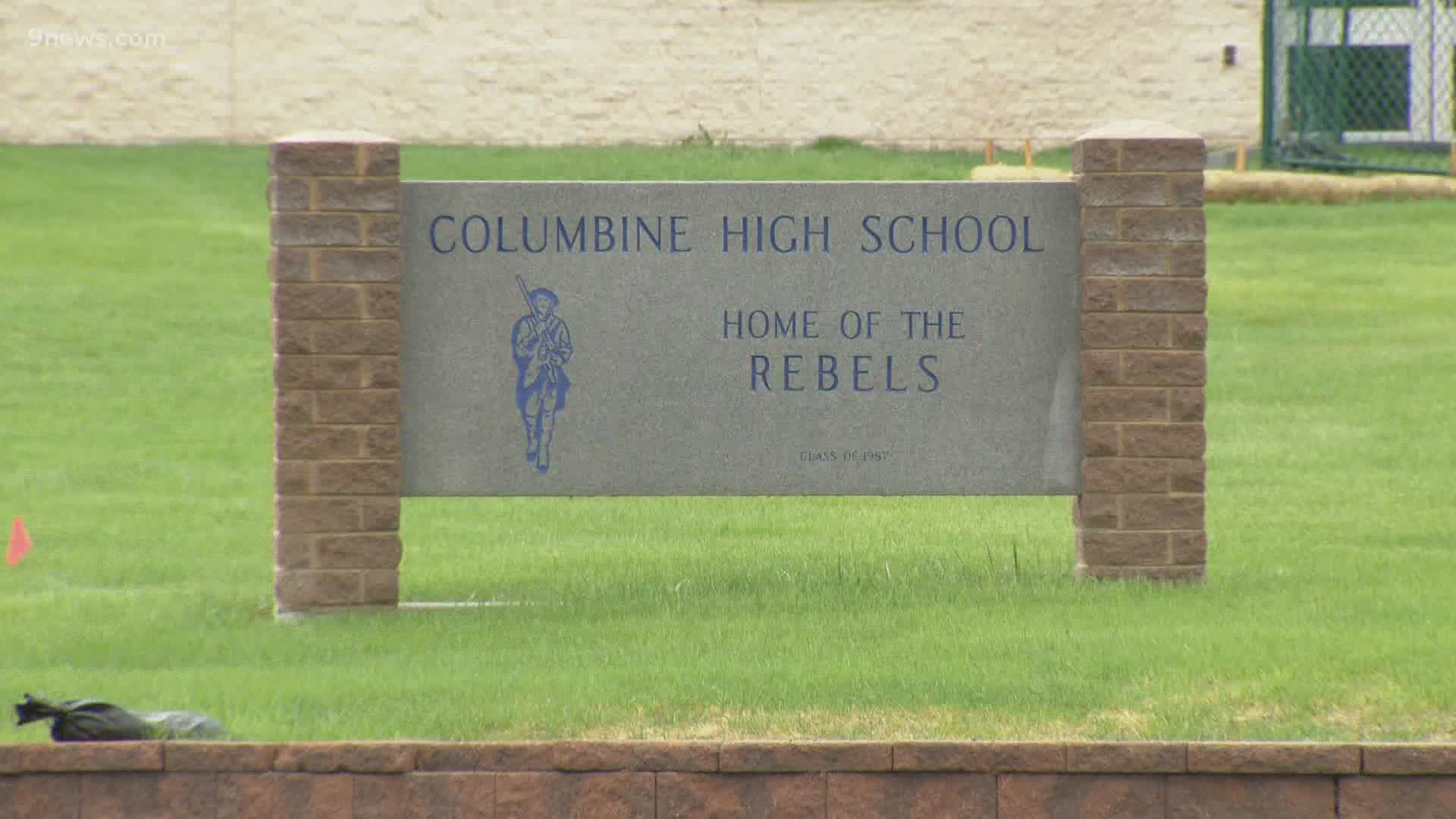 JEFFERSON COUNTY, Colorado — Even though the number of COVID-19 cases has spiked at Columbine High School, the building remains open when current state guidelines mandate that it be closed.

"I thought it was kind of an unusual practice," James Crosby, said.

Crosby's son is a freshman at Columbine. He said his son left the house for school this morning only to be sent home with something unexpected.

"He came in and I asked him, 'What are you doing back?' and he said that he had to take a COVID test," Crosby said.

Principal Scott Christy sent a letter home to parents stating that Columbine had its sixth COVID-19 outbreak within the last two weeks which mandates a campus closure by Colorado Department of Public Health and Environment rules. But, the Jefferson County School District found a way to keep the school running.

"I think that was the end game. That was the goal through all of this," Tammy Schiff said.

Schiff is the chief communications officer for JeffCo Schools – she said on Thursday afternoon, the sixth COVID out break was confirmed. But, the district proposed an idea to Jefferson County Public Health and CDPHE to try something different, rather just shutting down the high school for two weeks.

"That's the primary motivation for trying to work together to see if there's some other way," Schiff said.

Columbine is requiring that all staff and students who are not fully vaccinated, two weeks or more after their last vaccine dose, will have to prove they are COVID-free.

"Only those students who test negatively would be allowed back in school on Monday and we would be able to keep the school open beginning today," Schiff said.

RELATED: Reports: FDA could authorize Pfizer vaccine for ages 12 to 15 by next week

Columbine also has to conduct extensive school cleaning overnight and over the weekends. The school has to provide a remote learning option for those not comfortable attending in-person classes. It also has to continue facilitating vaccination opportunities for students and staff.

Students and staff can opt-out, but they will not be allowed in the building. Schiff said Monday, 540 students attended in-person classes, while more than 200 remained quarantined.

"That many people got exposed to COVID, I would think there's gonna be some illnesses break out," Crosby said.

"If all the data points align and it works out, we're hopeful this is a means to keep schools open," Schiff said.

She said the timing is key because of advanced placement exams and the last few weeks of school for seniors. Schiff hopes this plan can be alternative to shutting the whole campus down for all JeffCo Schools through the end of this school year – if it works.

As of Monday, Schiff said the number of positive cases is up to 36 after all the initial tests, but that it is well below the threshold number of 85 positive cases which would end up closing the building.

Crosby wants his son in school, but he also wants him to be safe.

"It seems like we're dealing with the unknown every day," Crosby said. "It's been a tough year."