"It’s not going to be easy, but we’ve lived through over a decade of under-funding of our public education system." 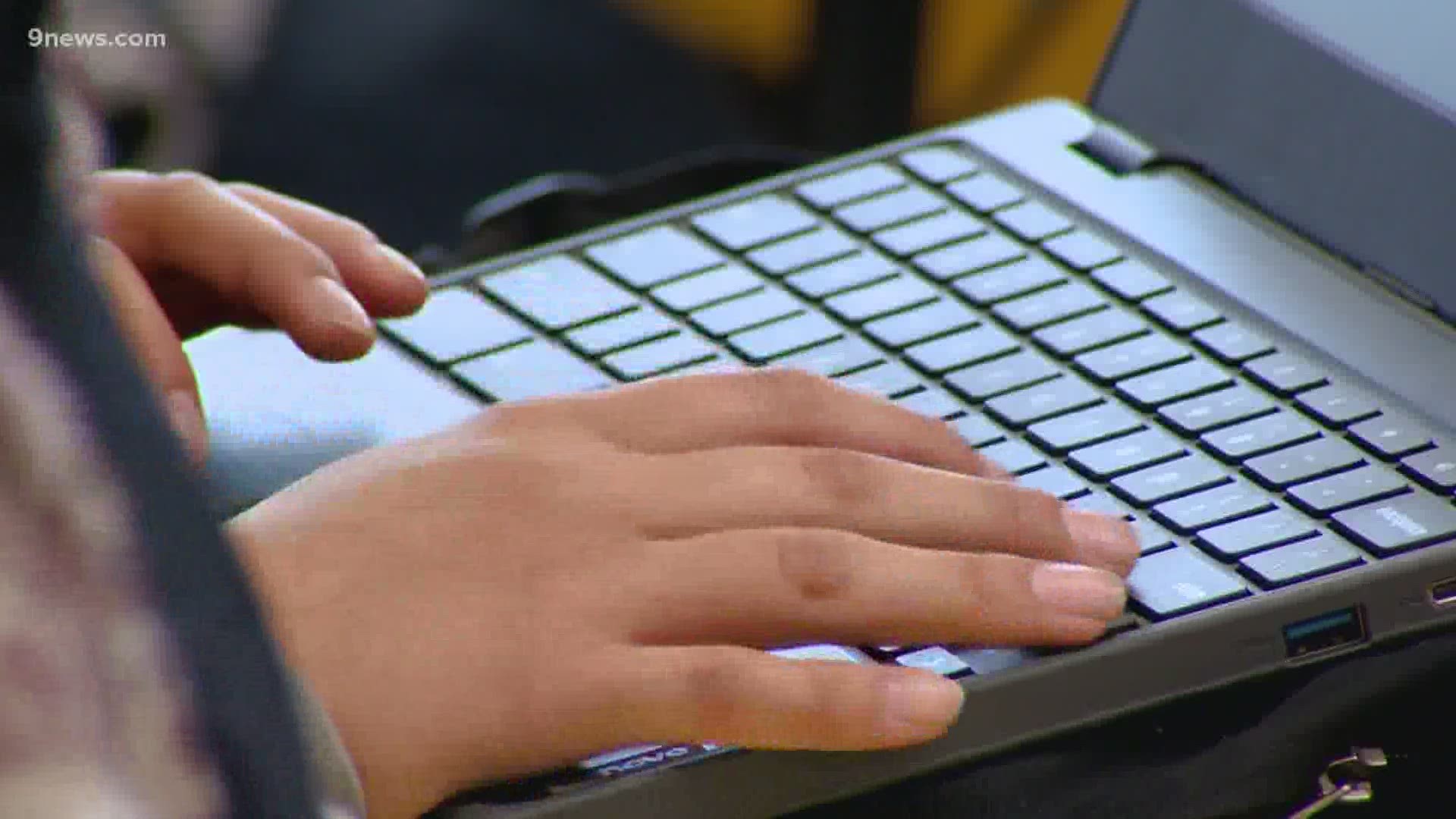 DENVER, Colorado — Education makes up more than a third of Colorado’s state budget. As sales tax, income tax and other revenue streams plummet, so too will money for schools.

COVID-19 has already inflicted financial damage on districts but the worst may be on the way.

The Joint Budget Committee at the state legislature is working to build a budget for next year, taking the pandemic into consideration. It released a budget-balancing document, giving Coloradans a sense of what’s coming. But the budget forecast won't be released until May 12 and the document released Monday doesn’t specify how painful cuts to districts could be.

“Cuts at the state level will have impacts on our teaching and we'll try to keep it out of the classroom, but that may be difficult depending on how big those cuts are,” said Mark Ferrandino, deputy superintendent of operations at Denver Public Schools (DPS).

He said the state's largest district has spent several million dollars on laptops and hot spots to support remote learning. That unplanned expense is nothing though compared to what's no longer coming in.

“The Federal CARES Act will help offset some of that, but it won't deal with the long-term impact COVID is having on the state,” he said.

“What's most concerning is that public education is already starving in our state,” said Amie Baca-Oelhert, the president of the Colorado Education Association, the state's largest teacher's union.

She and Ferrandino said they both worry about how behind some kids might be when they come back in the fall and that potential furloughs and pay freezes could disrupt the learning of students in need.

“I think our students are going to come back in the fall with significant mental health needs. They're experiencing trauma right now," she said. “I think that has been highlighted now more than ever, just how critical our public schools are to our communities.”

School districts say the state board of education is telling them to prepare for a 1% to 10% cut to the budget. That's potentially tens of millions of dollars for each of the state's largest districts.

So, they're preparing for worst-case scenarios as they wait for the legislature to set a budget for what could be a painful 2021 for Colorado schools.

“Whether it's looking at reserves and using reserves to offset the impact, whether it's furlough days or freezing pay, all of these are options we're starting to consider,” said Ferrandino. “We are asking everyone over the next couple of weeks to provide ideas. There are so many different ideas of how we can save money and we want to make sure we are looking at it in a way to minimize impact on students.”

Districts are saving some money right now on things like food and transportation. But it's nowhere near enough to cover losses.

The budget forecast is expected to be released May 12, giving districts about a month to set their own budgets.