Academy of Advanced Learning wants to help close the achievement gap. Their efforts earned them the Colorado Succeeds Prize for Transformational Impact. 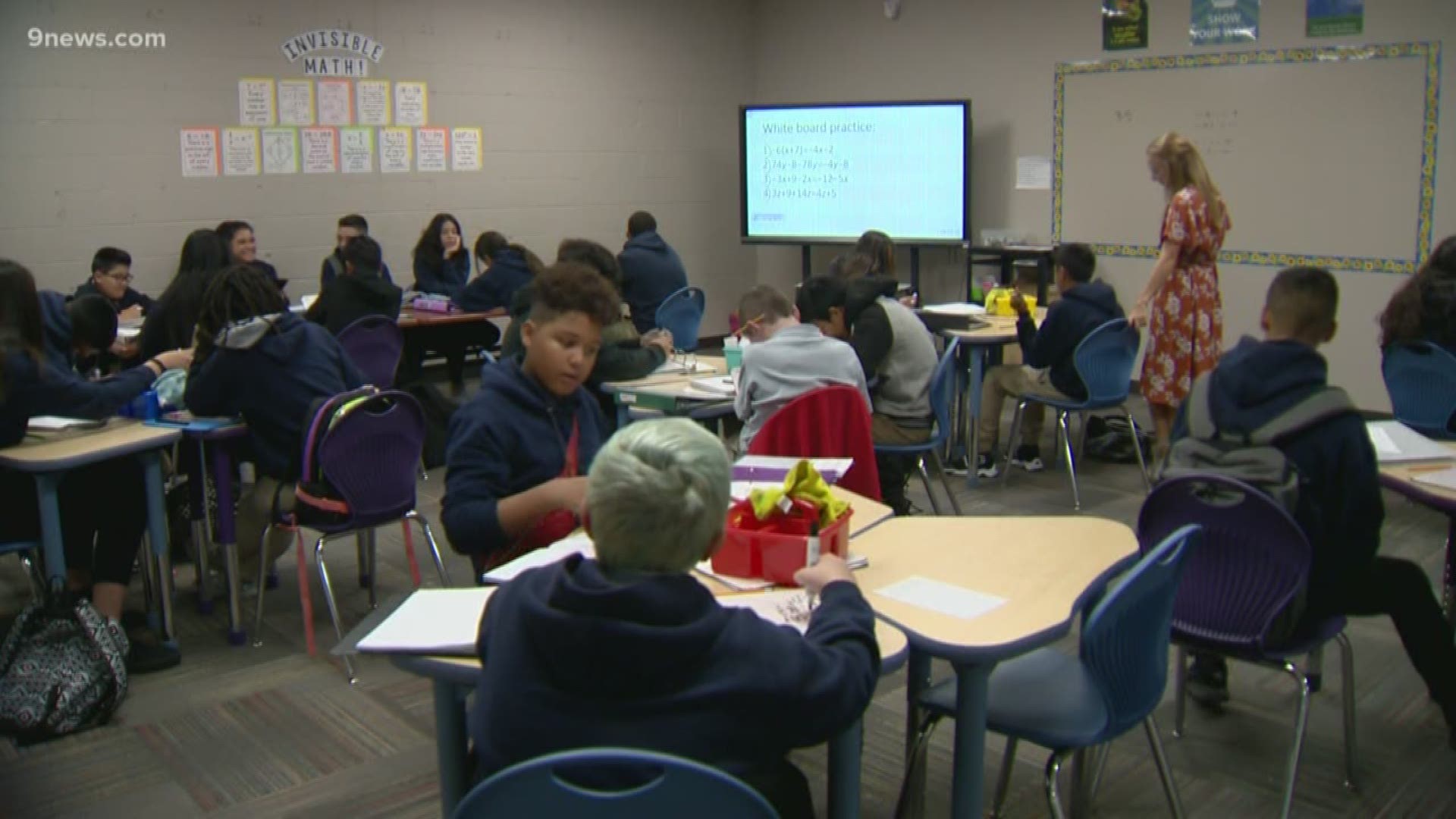 AURORA, Colo. — The Academy of Advanced Learning addresses the diverse needs of students by using a personalized learning model. According to the school, the one-size-fits-all approach to education can limit student growth.

“We’re really into that model of catching up and making sure that they’re ready for what’s ahead of them,” said Principal Kate Bergles.

The Academy of Advanced Learning is a free public charter school with about 750 students in kindergarten through 8th grade. The student population is primarily African-American and Hispanic.

The school is located in the Northwest region of Aurora and is part of the Aurora Public School district. According to Bergles, their primary goal is to close the achievement gap.

“Our expectation is that there is a high level of performance from kids and teachers and that that’s happening every single day in every classroom,” Bergles said. “Kids come to us, they are behind but we try to catch them up the best we can.”

The school recently won the Succeeds Prize for Transformational Impact in middle school education. The award was created in collaboration with Colorado Succeeds, 9NEWS and mindSpark Learning.

According to the school, they run a personalized learning program so each student gets an objective for the day. They demonstrate their learning on that objective and then they’re divided into four groups. Based on their performance in those groups, the students get individualized learning plans.

“Based on where they scored: L (lowest) S1, S2, S3 or A (highest), they break out into their groups and I get to work with the ones who scored the lowest which just means they need my one-on-one help,” said 7th and 8th-grade math teacher Paige Frederick.  “It really helps them because maybe they knew what to do but they don’t know how to multiply or they don’t know how to divide so I get that time to actually sit down with them and work on that skill before just moving on with a new subject.”

According to the school, learning coaches help support advanced learners while allowing the core instructional staff to support students who need more attention.

According to Bergles, using this personalized learning model has led to significant growth in Measurement Academic Progress (MAP) tests.

“We use the MAP test three times a year to let us know where our students are so instead of taking the state standardized test once a year and getting those results when the next year starts, we use MAP testing to let us know where we are in real-time,” Bergles said. “So by using the learning model and by using a lot of progress monitoring, we’re able to move kids to 1.8 years of growth each year versus just one year of growth for every year that they’re with us.”

The Succeeds Prize is awarded to Colorado public schools and educators that show innovation in education.

“Being a new school only in our 3rd year, we really thought that other schools would have a better chance at winning the prize and so it came as a complete shock,” Bergles said.

“Every time you fall, they pick you up,” said 7th grader Ali Campos. “And they tell you to do it again until you learn and then you become successful.”

A total of $150,000 was awarded with the hope the winners will share their best practices with other schools in Colorado.

A data-driven process was used to identify and recognize innovative public schools in Colorado.

“To think about how you will be able to spend the money that goes with the prize is just a blessing for a school like this.”

Click/tap here to learn more about The Succeeds Prize