A study from NBC News and Challenge Success found that 56% of all students nationwide have more stress. 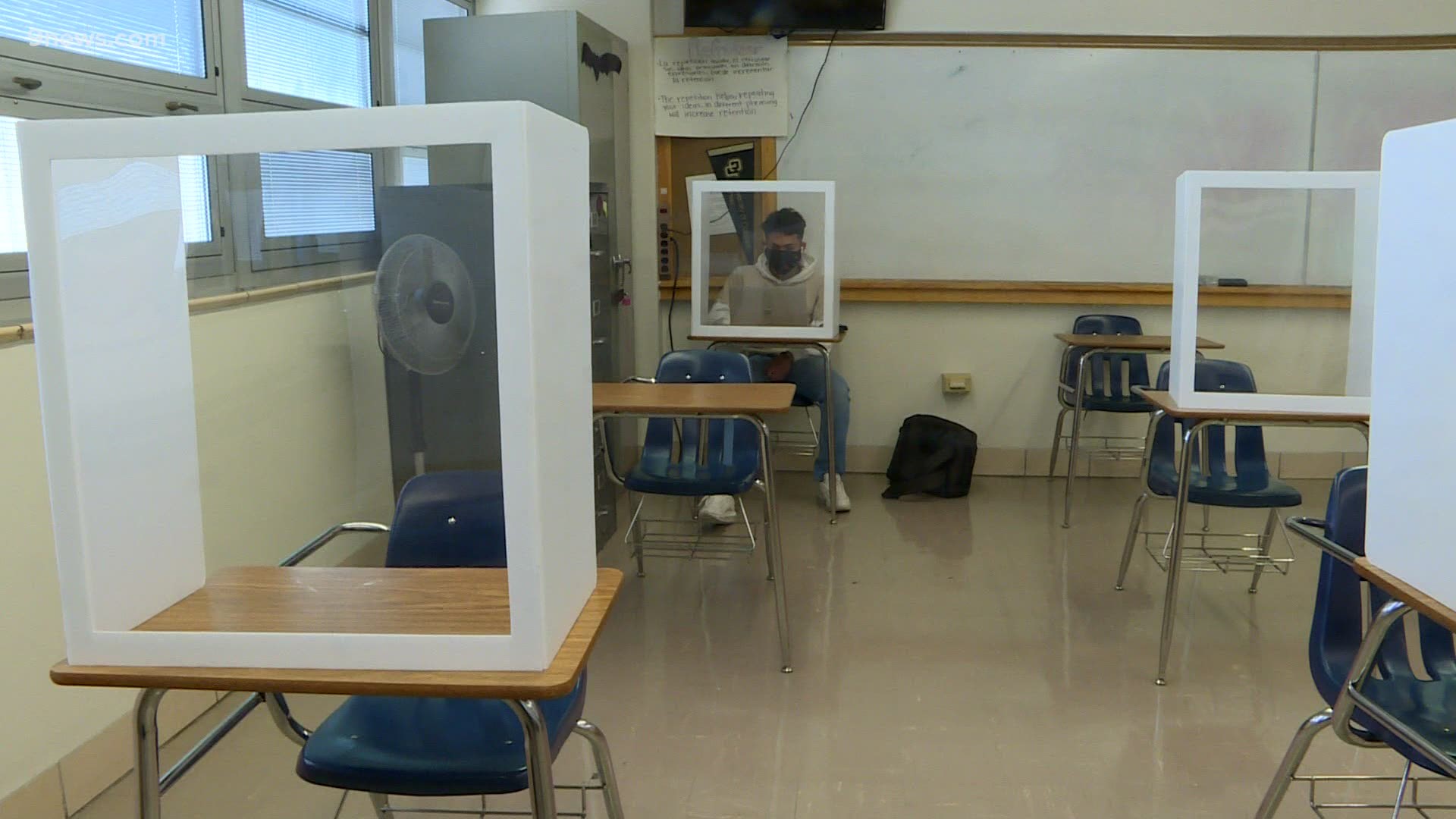 DENVER — The way students are learning through the pandemic during remote and hybrid classes looks much different for students like Juanita Hurtado and Edilson Franco than in years past.

"It was tough. It was stressful like a new environment, a lot of distractions. You just don't know what to do," Franco said.

Franco and Hurtado are both juniors at Thomas Jefferson High School in Denver -- one of 12 schools nationwide that took part in a study by NBC News and a group called Challenge Success which is affiliated with Stanford University.

"Yeah, I think the social interaction is a huge part of the social experience," Hurtado said.

For the study, more than 11,000 high school students nationwide were surveyed about the impact of the pandemic on student well-being and academic engagement.

"I think we're more behind than anything else," Franco said.

The results show that nationwide, 56% of all students reported an increase in stress during the COVID-19 pandemic. Black and Latino students showed an even higher rate, at 63%.

"I don't feel like I'm more stressed out, but I do feel like I could be doing way better," Hurtado said.

Franco said it is all tied to the unknown.

"I think the lack of information that they give you is what stresses the most," Franco said.

"It is different," Christoff said. "We're trying to really have the teachers identify the essential learning for each content, and so we're not spending so much time on busywork."

The study also shows that 51% of students say their workload is up during the COVID-19 pandemic.

"That did increase," Hurtado said. "It's a little harder to keep track of homework. But, I don't think it is only because it increased, but also because you don't have your friends to help you with it."

The study states that 42% of students say they're more disengaged.

"So, I talked to a lot of students, and they say that they try, and it's just so hard at a point where it's like, 'I don't want to do it anymore,'" Franco said.

Christoff said it has been a struggle, with the number of students at the school who have completely disappeared doubling this school year compared to years past.

"It's been a lot of work to get kids reengaged and that's, that's a tough part," Christoff said. "I mean, I wish I had a great answer for it. I just don't right now."

The NBC News/Challenge Success study shows that 50% of students say their relationships with teachers have gotten worse.

"Just seeing like, I guess the kids not having that connection with the school, that's the part that hurt the most," Christoff said.

Franco said teachers are trying, and he appreciates it, but mental health needs to be better addressed.

"I just think teachers should push more and try to reach out a little more," Franco said.

Christoff said he's trying to change the numbers by focusing on mental health. Thomas Jefferson has a clinic with a psychologist on campus. Christoff also made Mondays all virtual to help students get organized.

"This is what you're going to be doing this week. This is when this due. This is when, you know, these are assignments. This is when you have a quiz or a test," Chrisoff said. "So that they feel a little bit better prepared going into the week, and it's not so overwhelming."

He said teachers are working to become more efficient.

"We really want to make sure that we have relationships with our kids and that they understand that we're here for them," Christoff said.

The pandemic is not over, and so are its impacts.

"I don't think you're going to have to wait that much to notice some kind of consequence," Hurtado said.

"I'm really hoping that things do get better," Franco said.