As school year beckons, colleges wonder: How do we get students to come back?

Colorado colleges are keenly focused not just on who is coming in the door but who is staying. 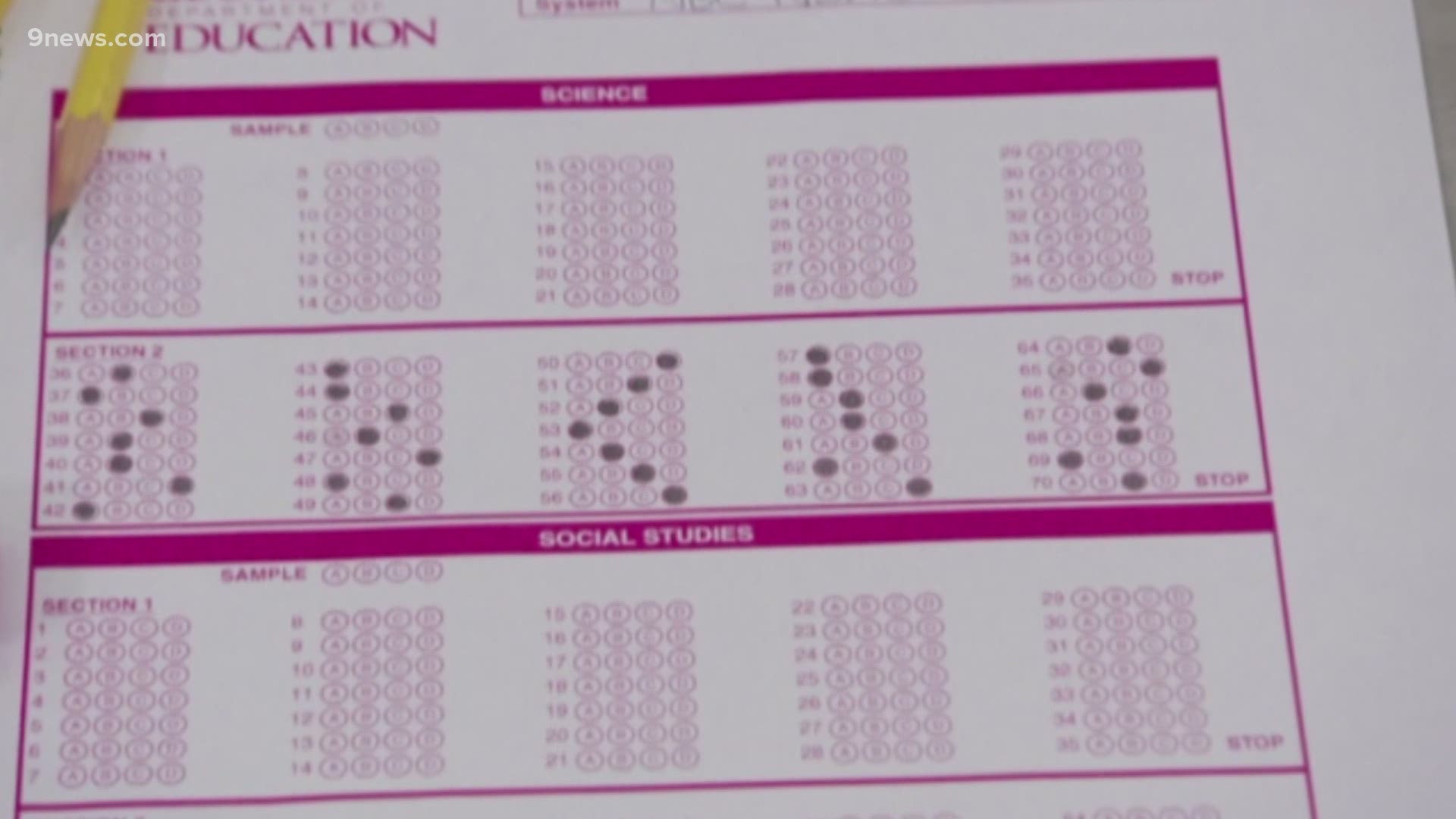 COLORADO, USA — As the pandemic picked up steam, officials at Fort Lewis College in Durango asked this question:

“How do we express to our students that we care about them in this time of great distress?” asked Cheryl Nixon, provost and vice president for academic affairs.

Nearly half the students at the college are Native American, a community that has been hit hard by COVID-19. Drawing upon guidance from students, the university began talking about Native American concepts such as creating a “community of care,” incorporating the Navajo principle of K’é or kinship, community and togetherness into the school’s messages to students, sometimes voiced by students themselves.

“That was using our students' own authentic way to talk about who they were and their values as part of our COVID response,” Nixon said.

But that was just one factor that Nixon said she thinks kept COVID-19 levels down and contributed to freshmen deciding to come back in the fall of 2020.

The retention rate tracks freshman year students returning to the same college for sophomore year. Fort Lewis saw an astounding jump in retention — from 62% in 2019 to 68% in fall 2020 — just as the college was heading into a full pandemic school year.

“We were surprised when those numbers came in strong last summer,” Nixon said.

That’s in contrast to a marked decline in the overall number of first year Colorado college freshmen (including community colleges) who returned to college for a second year, according to a new report from the National Student Clearinghouse Research Center. About 65% of college students returned to school in Colorado in the fall of 2020, down about 2 percentage points from the previous year.

It’s an even steeper decline than nationally, where the retention rate for all students also saw its largest decline, dropping 0.7 percentage points to 66.2%.

>> Watch below: College student reflects on Zoom internships and classes during pandemic

“We know that the pandemic has had a significant impact on higher education,” said Dr. Angie Paccione, executive director of the Colorado Department of Higher Education. “Plans changed in some way for 75 percent of households in which at least one household member intended to take postsecondary classes in the fall of 2020. The good news is that our campuses are eager and prepared for a safe and full return this fall.”

Among all states, Pennsylvania had the highest retention rate of students at 74%. The lowest were in Oklahoma and Wyoming, at about 55%.

Colleges are keenly focused not just on who is coming in the door but who’s staying. Retention rates are an important early indicator of student success.

Though Colorado’s pandemic-related, unprecedented one-year drop of 2 percentage points is worrying, COVID-19 revealed some new strategies for college administrators to employ to entice students back.

Some of Colorado’s 4-year colleges got most of their students back during a pandemic year, while others struggled.

Among four-year colleges, Colorado State University managed to hang onto many of its returning students, with its retention rate going up slightly from 85.1% to 85.3%. That squares, in fact, with what happened nationally with 4-year colleges, which saw retention rates go up 0.7%.

Retention at Colorado Mesa University, where two-thirds of the students are first-generation, low-income and students of color, stayed the same at 75%.

At Metropolitan State University Denver, which serves a diverse population of students who often need additional support, the harsh economic impact of the pandemic was more severe.  MSU Denver’s retention rate was about 59%, down about 5 percentage points from the year before.

The school is largely a commuter university, where the vast majority of students also work. The pandemic left many struggling to survive. Fifty-seven percent of students there are first generation. Their average age is about 25 years old. Some have children who had to be cared for with schools shuttered. Some lost jobs and couldn’t pay for their education.

“Although I'm not surprised, obviously it's concerning,” said Nahum Kisner, MSU Denver’s director of student support and retention. “As we move forward, how do we make sure that those students that we lost, that we're bringing them back?”

Lessons are being learned as colleges wait for students to finalize decisions.

Over the past year, an MSU Denver retention committee developed a “student success roadmap” that highlights various milestones to ensure students are engaged, connected and have the academic resources to succeed. The school is beginning to market the roadmap to illuminate the pathway to graduation.

“Here are the people that we want you to connect with to ensure that you stay, that you feel confident about what you're doing, you feel empowered to be able to graduate,” Kisner said. “It's really important because we know we can get them there.”

The university has invested in a text messaging platform that uses artificial intelligence to help support students.

“Students can submit questions into a chat bot or text bot platform and be able to receive quick responses to general questions that they may have,” said Michael Nguyen, director of enrollment management systems and operations at MSU Denver. The school can then get in touch with students for a more personalized response.

The university has also boosted the credit hours offered for first-time students if they take a “student success” seminar course. It includes things like time management, how to connect to faculty and community resources.

“We're able to use that success seminar course as a vehicle to support the students that are coming in, not only emotionally, but to create a village of support around these students,” Kisner said.

MSU Denver already has a student success seminar for transfer students, a robust peer mentoring program, and faculty who are involved with retention. The school will redouble efforts next year to make sure resources are targeted based on an individual student’s needs, be they financial, academic or related to mental health. Kisner calls it “holistic wrap around advising.”

“Making sure that they're having a conversation with the student in that if the adviser hears, ‘Hey, I don't have the money to pay for this bill,’ the adviser then immediately connects the student to the emergency fund,” he said.

>> Watch below: Documentary sheds light on mental health of college students during pandemic

The university recently sent out a text message survey to a limited group of students who haven’t yet decided whether they will return to school. Nguyen said the survey found students are interested in coming back, but there are two areas of additional support they need – registration for and selection of courses and financial concerns.

“We’re relaying them to the office of financial aid to see what options or opportunities exist in terms of any additional funding that may help finance our education for the upcoming fall semester,” Nguyen said.

In the meantime, Fort Lewis College, even after getting a big retention boost last fall, said the pandemic taught them things they’ll use in the future.

College officials point to other factors, alongside an outreach strategy that reflected the Navajo principle of K’é or kinship, that contributed to high retention rates.

The school mailed laptops and hot spots to students, many of whom live on Native American reservations or remote rural areas.

“That made students feel like they were being cared for,” Nixon said. Some faculty reached out to returning students, keeping in touch with them and answering questions.

The school had also just revamped how first-year students experience the campus, offering new “First Year Launch” courses, each with about 15 students. They’re centered around professors’ passions and discoveries, “to get (students) thinking and talking and feeling like they were connected into a fun group.” The classes allowed students to build more personal relationships and a sense of connection.

“A lot of students returned to us the following fall because they loved the ‘in-person feel’ and even if it was online, they knew they’d be in a small class where they knew their professor, they weren’t going to be in a 500-person lecture class online,” Nixon said.

Two major projects on campus also got into place right as COVID-19 hit. The new Skyhawk Station consolidated student support in one place that effectively streamlined the student bureaucratic experience, and a grant-funded academic hub that does tutoring, student outreach and career support was established.

The pandemic revealed other things for officials at Fort Lewis, for example, that peer support should be expanded. Tutoring conducted by students shifted online last school year.

“They became a heavily used resource,” Nixon said. “We had more students reach out to other students than ever before even though it was via Zoom. That was unexpected.”

Colleges still face a number of unknowns and uncertainties as they prepare for the fall semester.

Many students are still wondering whether they’ll have a normal campus life. Similar to last summer, administrators are seeing some students wait until the last minute before finalizing their decisions whether to return.

“I think some of that is all dependent on things like vaccination policies, the variants, all of that, I think a lot of students are sitting on sidelines watching everything,” Nixon said.

All the college administrators CPR News spoke with for this story share the same core belief when it comes to encouraging students back to campus, especially during the second year of a pandemic: Students need to feel safe and connected and have the resources to stay on campus.