CU didn't want to recognize her when she graduated 100 years ago - so the university did what they could to set that moment right on Thursday by formally issuing Lucile Berkeley Buchanan her Bachelor of Arts degree. 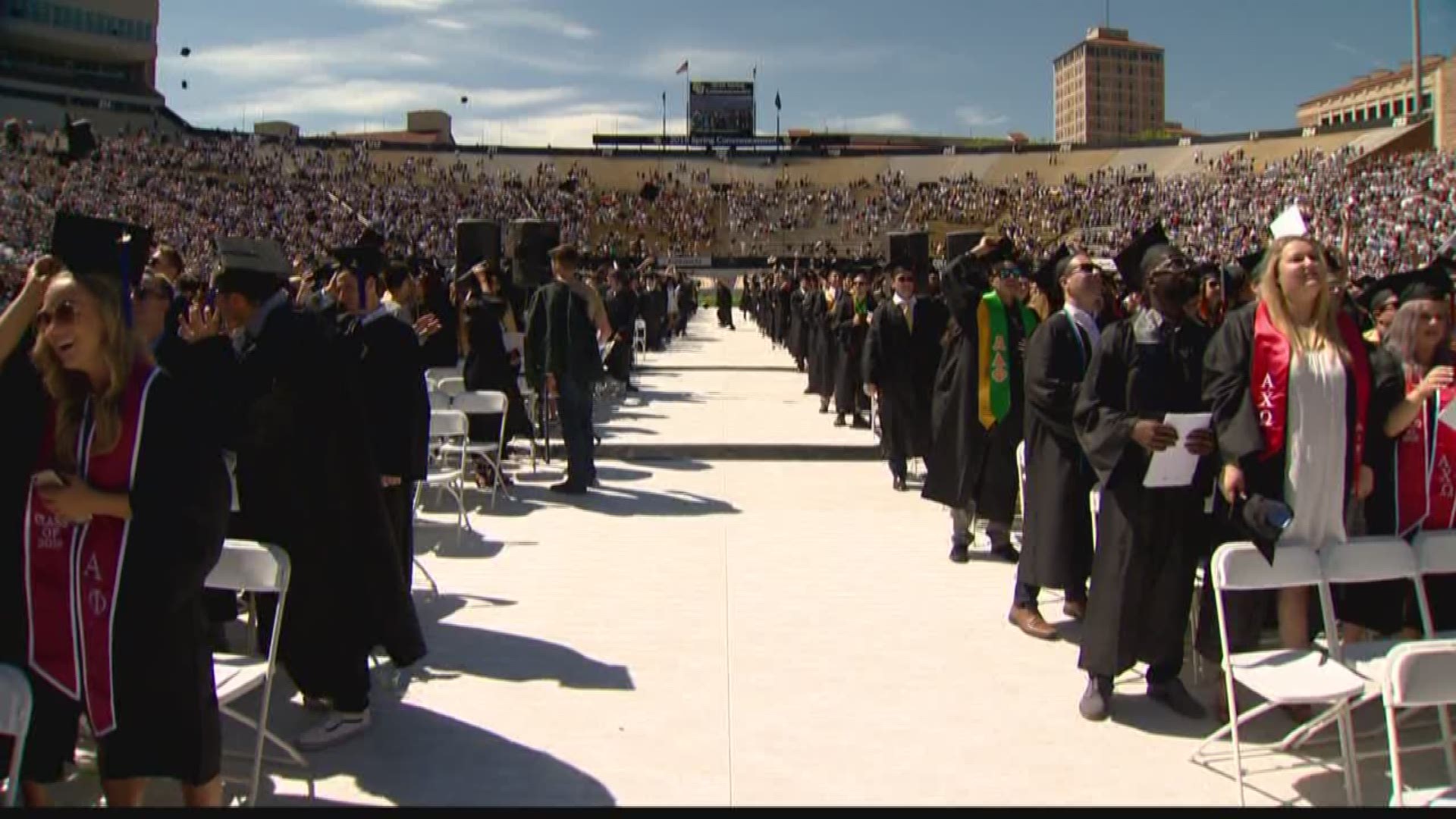 KUSA – On graduation day, there are two givens: pomp and circumstance. If she could choose between the two, Polly McLean would lose the pomp.

“I’ve never been to my three graduations,” McLean said to the colleague helping her with her gown. “B.A., M.A., Ph.D. I was always – something happened or somewhere else.”

McLean finished getting ready in the gown room overlooking Folsom Field at CU Boulder. She may have savored that moment backstage because soon, she’d be front and center.

“Thank you for reminding me!” McLean laughed.

The associate professor with CU Boulder’s College of Media, Communication and Information attended commencement Thursday morning because she needed to be there for someone who could not.

“Lucile should have been here instead of me,” McLean said.

“She was the only black face walking on campus except for the people who did the cleaning,” McLean said.

Buchanan was the daughter of emancipated slaves from Virginia. She was born in Denver in 1884, two years after the family traveled to Colorado by wagon.

Mclean said Buchanan was “exceptionally well-read” and eager to expand her education. At the age of 19, she started classes at Colorado State College for Education at Greeley, which later became University of Northern Colorado.

“These are notes she took in class,” McLean said, back in her office at CU. She leafed through pages of the century-old book, reading Buchanan’s notes.

“I can’t write like this,” she laughed. “I think I failed penmanship when I was a kid.”

McLean first learned of Buchanan from an article she read in the 1990s. The headline mentioned the first black woman to graduate CU, who was later buried in an unmarked grave. The story led McLean on a path to unravel history.

McLean started work in the early 2000s. She traveled to about 10 states, researching, interviewing and collecting along the way.

“[This is] a Western Union telegram!” McLean said, holding the yellowed piece of paper. “'We are sorry to hear of your mother’s passing,'” she read. “'My sympathy extended to each of you all.'”

The telegram was sent to Buchanan after her mother’s death in 1921. It was one piece of a collection McLean has grown over the years.

“This is like a real treasure!” McLean said, holding a saucer plate that once belonged to Buchanan.

After more than a decade of digging into Buchanan’s past, McLean knew there was something she would never find.

“I do not have a diploma with her name on it,” McLean said.

“So, a white female came up to her and said, ‘here’s your diploma, Lucie,” McLean said.

The school unwilling to recognize a student’s achievement 100 years ago took Polly’s lead and corrected history a century later.

“This year marks the 100th anniversary of the graduation of Lucile Berkeley Buchanan,” CU Chancellor Phil DiStephano said over the microphone. “In 1918, she was not permitted to participate in her graduation ceremony because of her race, and at this moment, we will honor Ms. Buchanan with her diploma.”

Accepting the diploma on behalf of Buchanan was the professor who worked so hard to uncover her story.

“Please join me in congratulating Polly for her work as the biographer,” DiStephano said.

The crowd of graduates and their families clapped as McLean walked across the stage to receive the diploma.

“Lucile Berkeley Buchanan, the degree, Bachelor of Arts - German,” Mclean read from the diploma. “I’m holding something that I wish she could have been here to hold also.”

Chancellor DiStephano announced Thursday a new scholarship in Lucile Berkeley Buchanan’s honor that will provide merit-based awards for students enrolled in the College of Arts and Sciences who are committed to honoring Buchanan’s legacy. Buchanan’s diploma will go to the Blair-Caldwell African American Research Library in Denver.

Polly McLean will share Buchanan’s story in a new book coming out this summer, “Remembering Lucile: A Virginia Family’s Rise from Slavery and a Legacy Forged a Mile High.”

After CU’s commencement, McLean wondered if Buchanan would have felt as she did standing in front of the commencement crowd.

“She was always a backstage person. She wasn’t a front stage person,” McLean said. “I think she might have evolved and would have been very happy to be front stage today.”

Even Polly was willing to put up with the pomp for a circumstance worth celebrating.