'The heat is going to be a bigger factor': DPS considers pushing back start of school

The state's largest school district is also considering a "staggered start" option to bring students back gradually to in-person learning. 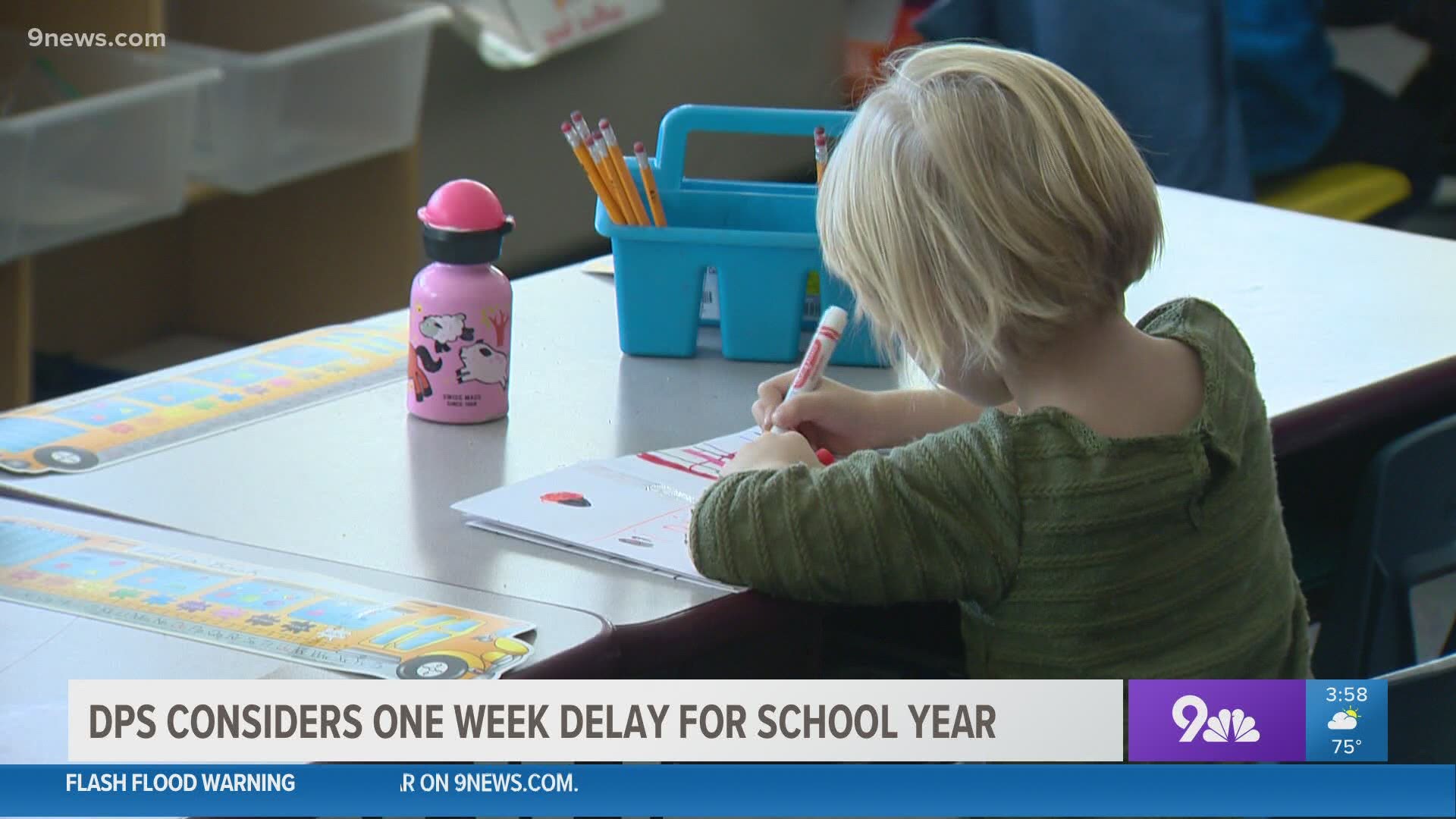 DENVER — The Denver Public School District (DPS) announced Wednesday in a letter to parents that they're considering pushing back the start of the school year by one week.

In consultation with health partners, DPS said they believe that the current rate of spread allows them to continue forward with a plan for in-person learning, but said they're monitoring the ever-changing environment daily and considering several other scenarios.

"We know kids learn best when they're in schools," said Mark Ferrandino, deputy superintendent of operations with DPS. "As with doing anything, there is risk. What our job is, based on the best science, the health officials, is to mitigate that risk to get kids into school in a safe environment."

> Click/tap here to read more from the district about their plan.

Under the proposal, school would start on Aug. 24, which for most would be a one-week delay, but some schools within the district are already set to start that day.

The delay would increase the amount of time teachers have to prepare for a highly unusual school year -- and decrease the number of hot August days that students and staff will be in classrooms, the letter says. The start for teachers would not be delayed, Ferrandino said.

A “staggered start” schedule, in which schools would all begin virtually and phase in in-person attendance gradually, is also an option. That would allow DPS to essentially test its procedures and then make adjustments if needed before bringing all students back, according to Ferrandino.

About 55 schools within DPS do not have air conditioning and are typically cooled using swamp coolers or fans, according to Ferrandino. He said those things may not be an option this year due to COVID-19.

It's part of the reason they're considering the delayed start.

"The heat is going to be a bigger factor," he said. "We're going to be more willing to implement heat delays or early closures, so delaying [the start of school] helps with planning, the heat, and not every kid in the building on those heat days would help as well."

He also said they're taking into consideration that students and teachers would be required to wear masks inside those hot classrooms. 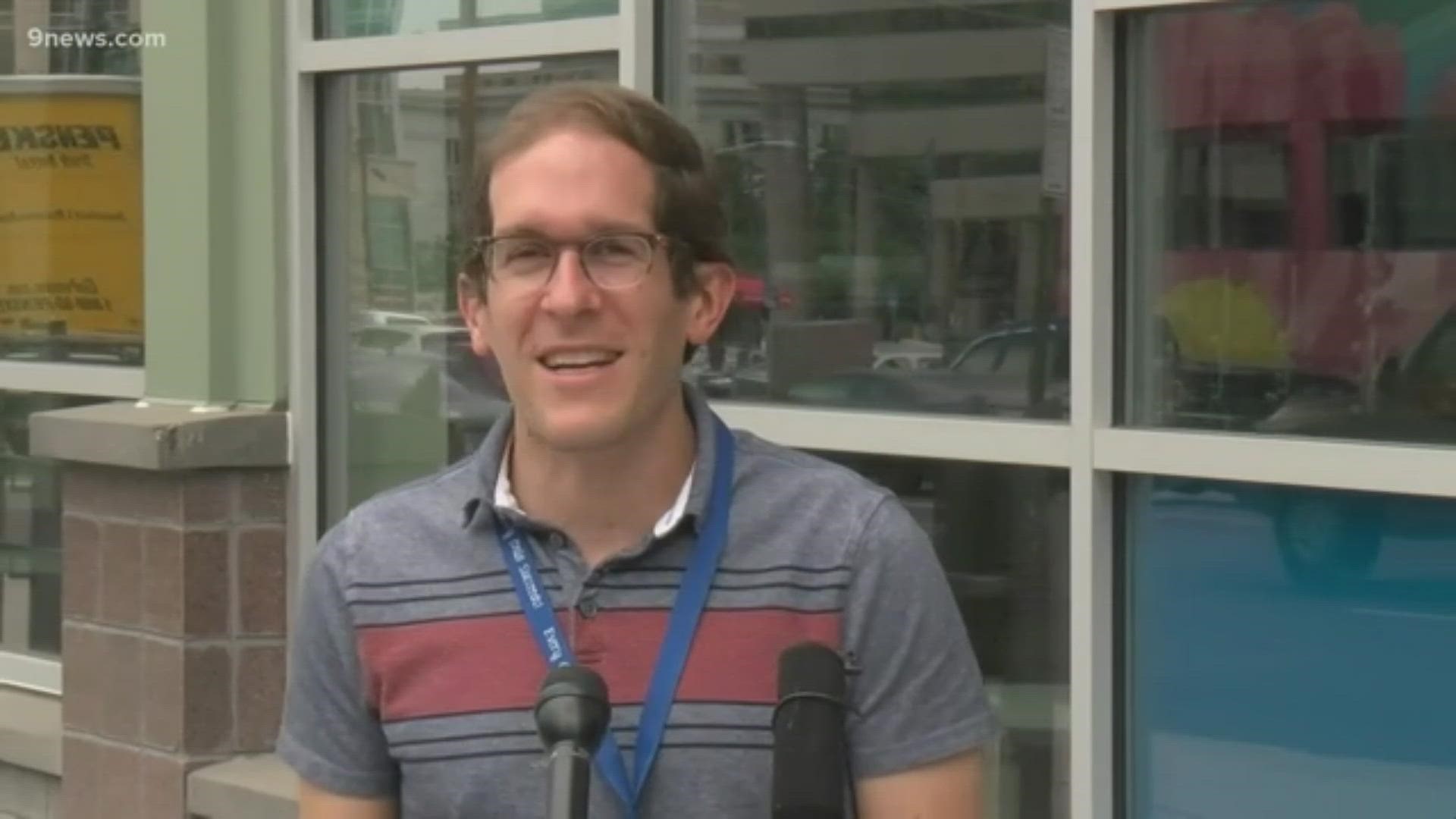 DPS said previously all students and staff would undergo health screenings each morning. On Wednesday, Ferrandino said any student who had a fever would be asked to return home immediately. He said if that was not an option, there are certain rooms in each school designated for potentially symptomatic students. He noted they would work with a sick student's family to determine if they might need to be tested for the coronavirus or if perhaps they're sick with something else.

The district is also working to secure enough tests so that it will be able to provide ongoing coronavirus testing for school-based staff. Ferrandino said the testing would be similar to a program announced for teachers in the Aurora Public School District.

RELATED: New program allows Aurora teachers to get tested for COVID-19 every 2 weeks

Ferrandino said the district has also purchased a "significant" number of masks both for students and teachers. Other personal protective equipment (PPE) such as face shields, sneeze guards hand sanitizer and thermometers were also purchased.

He said they're hiring additional part-time custodians to help keep up with extra cleaning and said they've purchased electrostatic disinfecting machines which custodians can wear to allow them to disinfect areas "very quickly."

Officials have also developed plans with health officials to safely run a hybrid or fully in-person model as health data allows in order to be able to adapt as conditions change.

"We're all nervous," said Ferrandino, who has a daughter entering third grade within DPS. "We haven't gone through this. Hopefully, we never go through this again. It's challenging for us emotionally."

The district expects to share more details with you about these decisions on July 20.

Earlier this week, the Douglas County School District pushed back its school start date by one week to Aug. 17.

Have a story idea related to schools this fall?  Email janet.oravetz@9news.com