Dr. Alex Marrero was picked by the school district to be the next head of Denver Public Schools. Some in the community had expressed concerns over the choice. 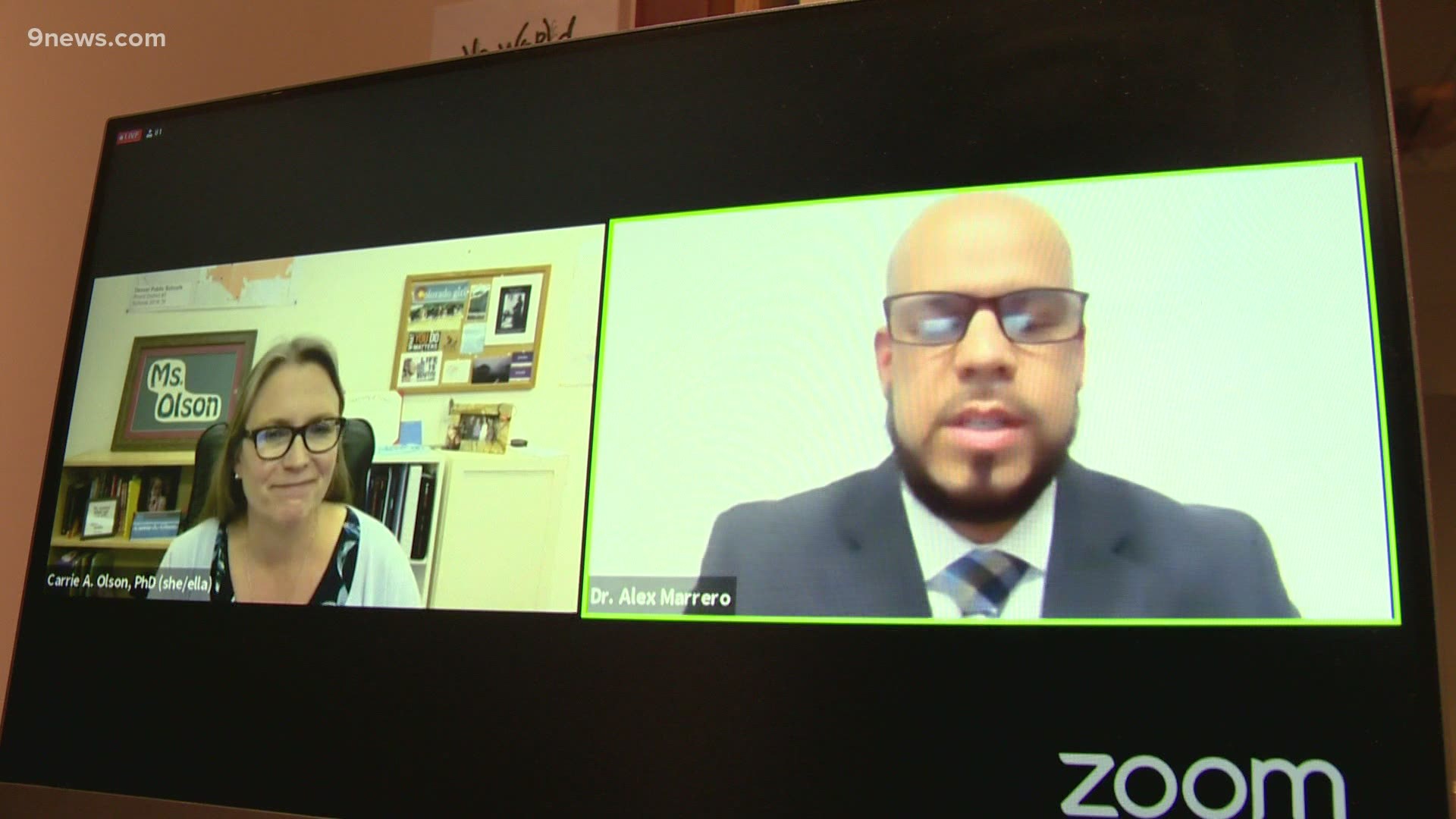 DENVER — The Denver Public Schools (DPS) Board of Education has voted to confirm Dr. Alex Marrero as the district’s new superintendent.

The 6-1 vote came during Thursday's board meeting, which happened a week after the district announced Marrero as their pick.

Marrero has a decade of experience in education. In their announcement about Marrero, Denver Public Schools said his accolades include being honored as an outstanding administrator by the Latino Caucus of the Council of School Supervisors and Administrators and being inducted into the New York Academy of Public Education.

"Thank you, thank you all. Thank you, honorable board members," Marrero said after the vote. "Never would I have imagined that the son of an immigrant mother and refugee father who was expected to be another statistic in the quest for the American dream can now lead a national top performing school district."

Days before his confirmation, Marrero was named in a lawsuit filed by a colleague in the School District of New Rochelle in New York State.

That district’s former medical director, Brooke Balchan, claimed in the lawsuit that school officials tried to silence her when she offered public health guidance during the COVID-19 pandemic.

Balchan also alleged that Marrero attempted to get teachers into a COVID-19 vaccine event before non-medical school staff were permitted to get the vaccine.

Board members did not bring up the lawsuit Thursday as they discussed his appointment. Board member Barbara O’Brien was the only one to vote no.

"I don’t think our process produced the kind of stellar applicants for Superintendent of Denver Public School that I think we deserve to get," O'Brien said.

Some Black and Latino community leaders started calling on DPS to restart their search even before news of the lawsuit broke, advocating for a superintendent with more experience. That sentiment was renewed earlier this week when groups including the Auraria Historical Advocacy Council, the Congress of Hispanic Educators and the Latino Education Council said in their own respective statements that they would like a new candidate given the pending legal action.

School board Director Tay Anderson participated in Thursday’s vote, telling 9NEWS he is legally obligated to do so. Anderson announced last week he will step back from his board duties after new allegations of sexual assault were brought against him.

"Today will be one of my last votes for the foreseeable future on the Denver school board and I want to make sure that I make the right vote," Anderson said in the meeting.

He has said the allegations are unsubstantiated and false, and he looks forward to returning to his position after the claims have been investigated.