'There is no history without Black history': Denver school pushes for more inclusive curriculum

Students began pushing for the change after an eye opening visit to the National Museum of African American History and Culture last year. 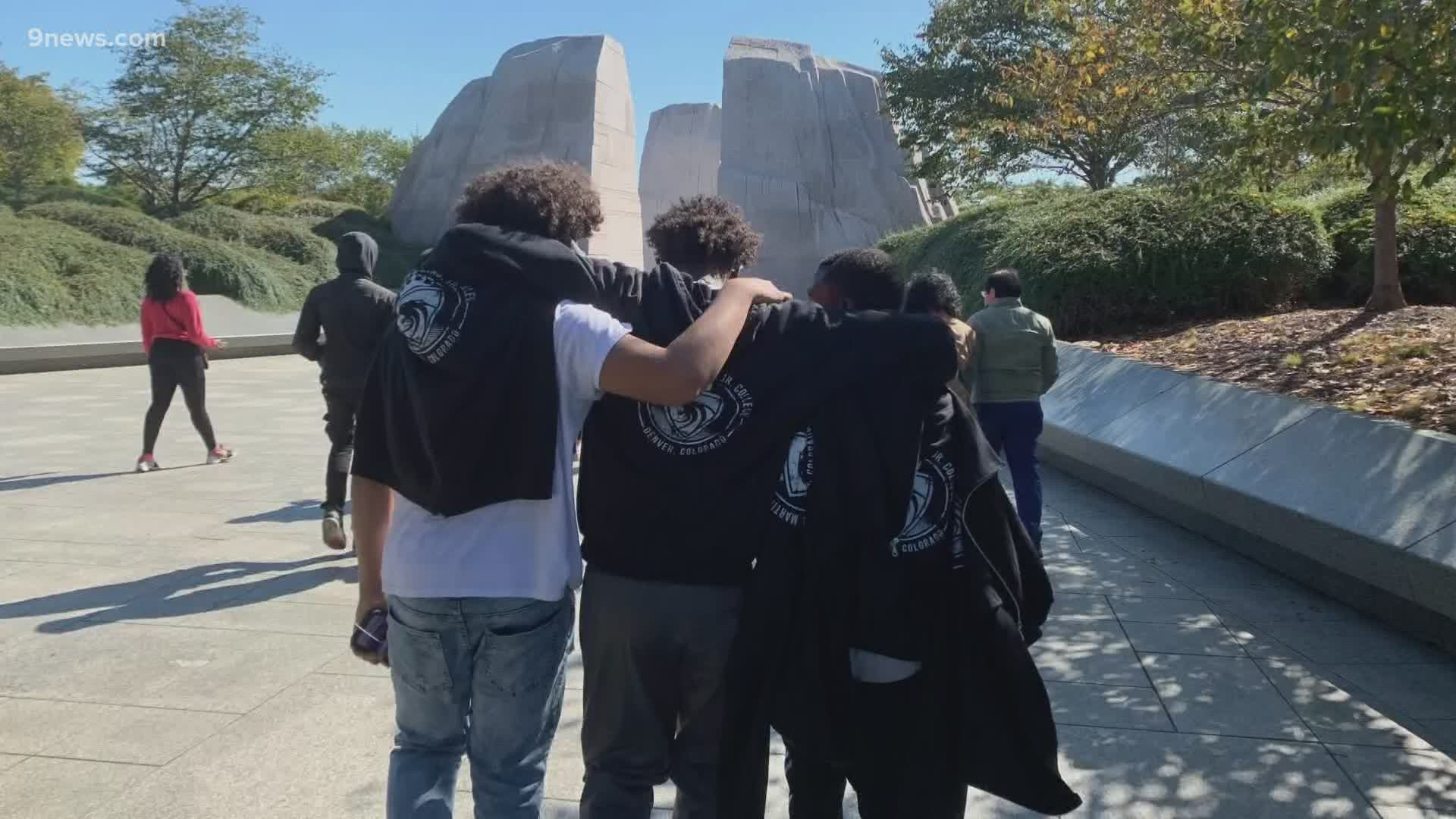 DENVER — Adding the history of Black people in America to school curriculums is a conversation districts across the country are having.

Denver Public School (DPS) Board Member Tay Anderson has been calling for it for the past few weeks. DPS said it's already working on those changes and that's largely because of one school in the district.

Teachers and students at Dr. Martin Luther King, Jr. Early College have been focused on the effort since at least October 2019 when a group of students took a trip to the National Museum of African American History and Culture in Washington, D.C.

Grayson said the teachers created a draft about how they could change DPS curriculum. They presented their ideas alongside students to the Curriculum and Instruction Department as well as the district's History Department in December. Their most recent discussion with the Board of Education (BOE) was in February and there were plans to return in March until the COVID-19 pandemic uprooted them.

"We don’t want Black history to be separate," Grayson said. "It needs to be embedded and emerged within history - all history,[kindergarten] through 12th grade."

"Even in a district so diverse, it's surprising how much we don't know about our own history," said Kaliah Yizar, a sophomore at the high school.

She was one of the students who visited the Washington museum during the fall semester. She and other students said they learned a lot about Black history that their textbooks never offered.

"All of the labor of the slaves over 400 years amounted to billions of dollars of money in the economy that I didn’t know happened," she said. "I knew we played such a large part of the economy but I had no idea America was literally built on the backs of slaves."

Other students like junior Savoy Proctor said they got a more accurate and full education of historical events taught to them in their history classes.

"There is no history without Black history," Grayson said.

Those are the lessons teachers and students at Dr. Martin Luther King, Jr. want all students, including those who are non-black, to learn not just for a more complete education, but to start developing an understanding of the systemic racism that still exists today.

"I don’t want them just to be learning little things that happened that built up to more things," said Alana Mitchell, a senior at the school. "I want them to learn everything, including the good and the bad because the more that they know the more they can begin to try to understand."

BOE member Anderson said he hopes the new curriculum will start in the 2021 fall semester.

On top of pushing for changes to the curriculum, Grayson said some of the students are getting ready to launch a new podcast called Know Justice, Know Peace: DMLK's "The Take." Across eight episodes, the high school's Black Student Alliance "will address relevant topics and discussions currently taking place in society and our community today," according to the podcast's Facebook page.

"Our podcast offers the listener the chance to hear directly from the next generation of leaders not just in politics but also in hearing first-hand accounts of the Black experience in America," said the podcast's team.

The podcast's first episode, "Your Independence is Not Ours," will launch on July 4. Grayson said they already have the topics selected for the first five episodes but are asking for community feedback on the Facebook page for what they should cover in the final three episodes.