Douglas County has joined Boulder, JeffCo and Adams 12 schools in plans to bring all students back to campus for full, in-person learning. 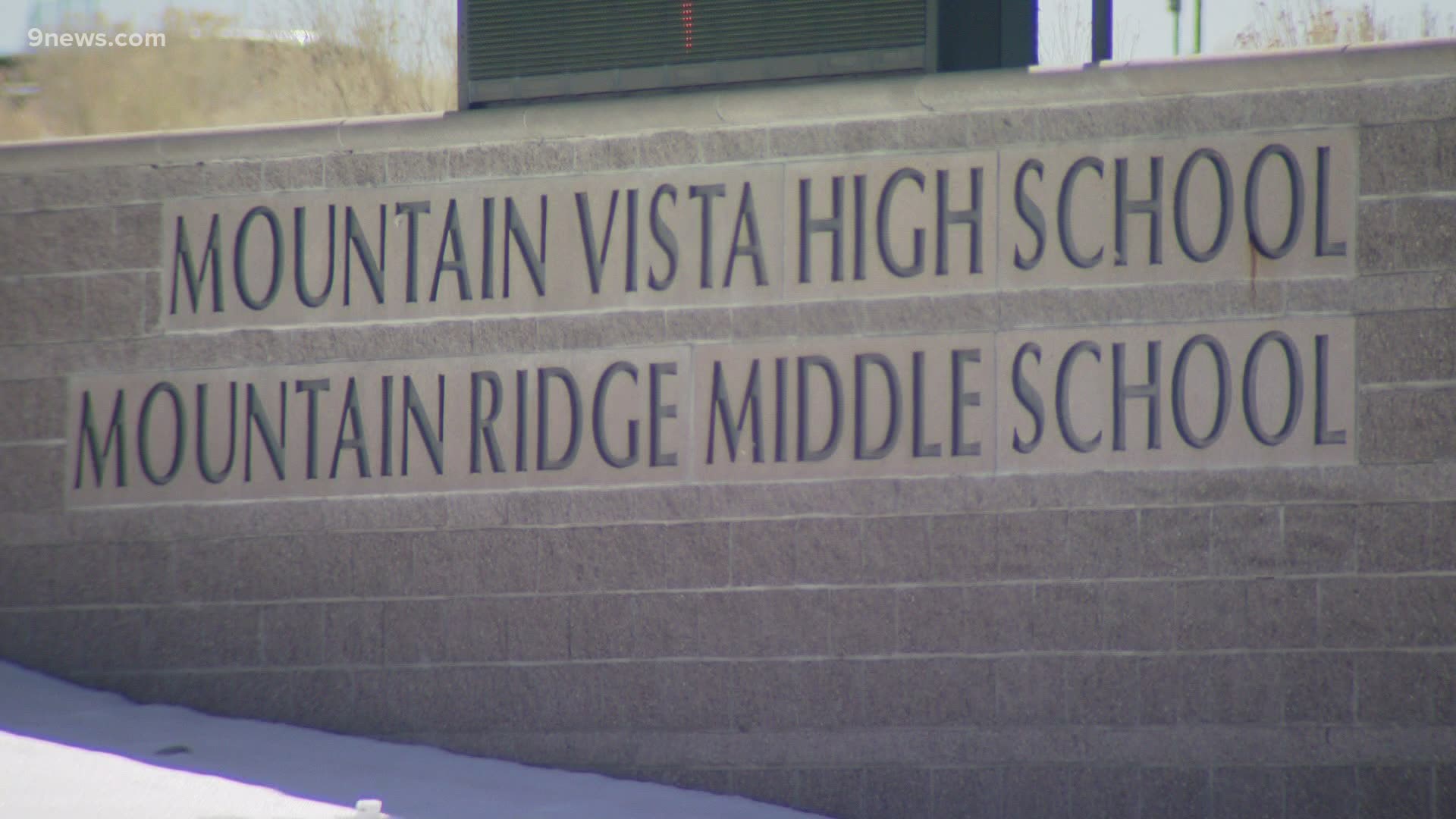 HIGHLANDS RANCH, Colo. — One year into the pandemic, students are starting to return to campus for full, in-person learning. Boulder, Jefferson County, Adams 12 Five Star and Douglas County schools have announced their plans.

"Over time, it became more and more tedious to have to do all the online stuff," Alex said.

He is a junior at Mountain Vista High School in Highlands Ranch. Tuesday night, Douglas County Schools recommended to the board of education a plan to bring middle and high school students back to campus for in-person learning, five days a week just like the other local districts.

"I'm definitely a science believer," Liz Smith, Alex's mother said. "But I do think there's a point where we need to start weighing the risks and the benefits and I think we're past that point."

Elementary school students have already been back to full in-person across the state. Alex has been going to in-person classes halftime in a hybrid model with remote learning. He believes bringing everyone back to campus at once can work at this time during COVID-19.

"I feel like it's definitely going to be tougher to keep them safe, but as of recently, I know it hasn't been as bad as it's been in the past," Alex said. "So, I feel like they'll be able to manage it with everyone there."

"You know, it's a year later. It's impossible to keep these kids away from each other anyways," she said.

She thinks current COVID case numbers and more teachers getting the vaccine are significant factors.

"I think it makes it quite a bit safer," Liz Smith said.

But, there are still concerns.

"There’s some trepidation. There’s some anxiety because this is such an unknown as to how this is gonna play out," Amie Baca-Oehlert, president of the Colorado Education Association said.

The president of the teachers union wants school districts to be smart not rushed. Baca-Oehlert said teachers are concerned about how this will all work logistically with more crowded classrooms.

"Bringing this number of students into the school building when we can't adequately implement those safety mitigations, we're just not sure what that's going to mean and that can be a very scary thought," Baca-Oehlert said.

Baca-Oehlert said schools must be adamant about hand-washing, mask-wearing and social distancing whenever possible.

"All of those things are super important as districts look to move back to adding more students back into the actual school building," Baca-Oehlert said.

Denver and Cherry Creek schools are sticking with the hybrid model for now. Aurora Public Schools will bring students back for half-day rotations, four days a week.

Alex said he just wants to go back to high school again like before the pandemic.

"It’s a little late in the year to go back full time, but I don’t think it’s ever too late to you know try to salvage a little bit of the year that’s left," Alex said.