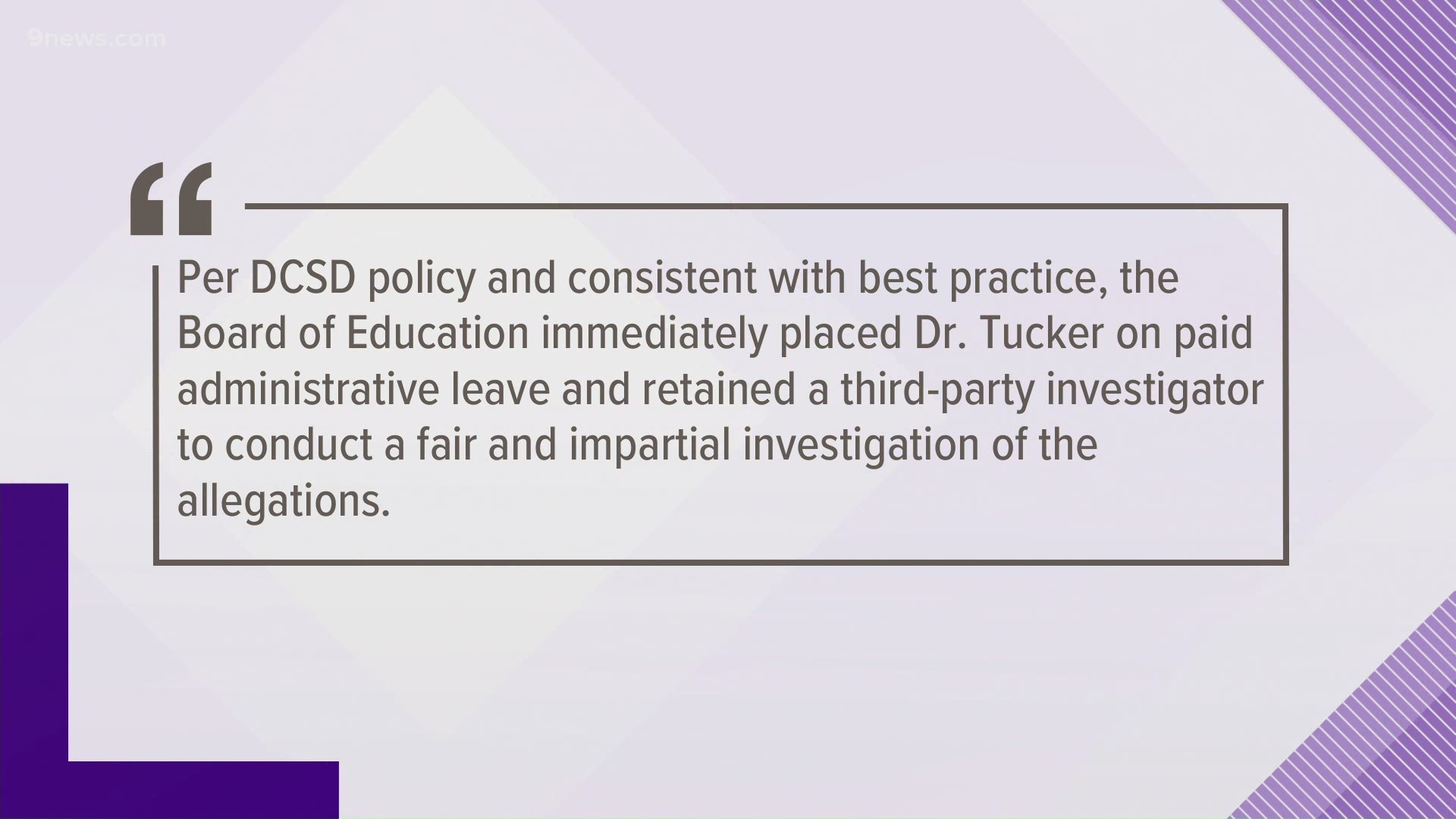 DOUGLAS COUNTY, Colo. — Outgoing Douglas County School District Superintendent Thomas Tucker was placed on paid administrative leave in the week leading up to his resignation as the district investigates him for allegations of "workplace discrimination," according to a statement from the school district.

Tucker remains on paid administrative leave, according to a public records request. His leave began Sept. 2. The school district initially declined to comment when Colorado Community Media first reported the investigation on Sept. 11, but provided a statement on Sept. 15 confirming the district received the complaint from a district employee on Sept. 1.

RELATED: Former DougCo superintendent was placed on leave for 'allegations of improper conduct'

"Per DCSD policy and consisent with best practice, the board of education immediately placed Dr. Tucker on paid administrative leave and retained a third-party investigator to conduct a fair and impartial investigation into the allegations," the statement said. "Because this is a personnel matter regarding an ongoing investigation, we cannot share additional details at this time."

A letter that school board President David Ray sent to Tucker on Sept. 3 said "this paid administrative leave is not disciplinary in nature but is for the purpose of protecting your rights as well as the interests of the district during the investigative period."