The federal lawsuit argues that a rule to provide funding for low-income families in private schools is illegal. 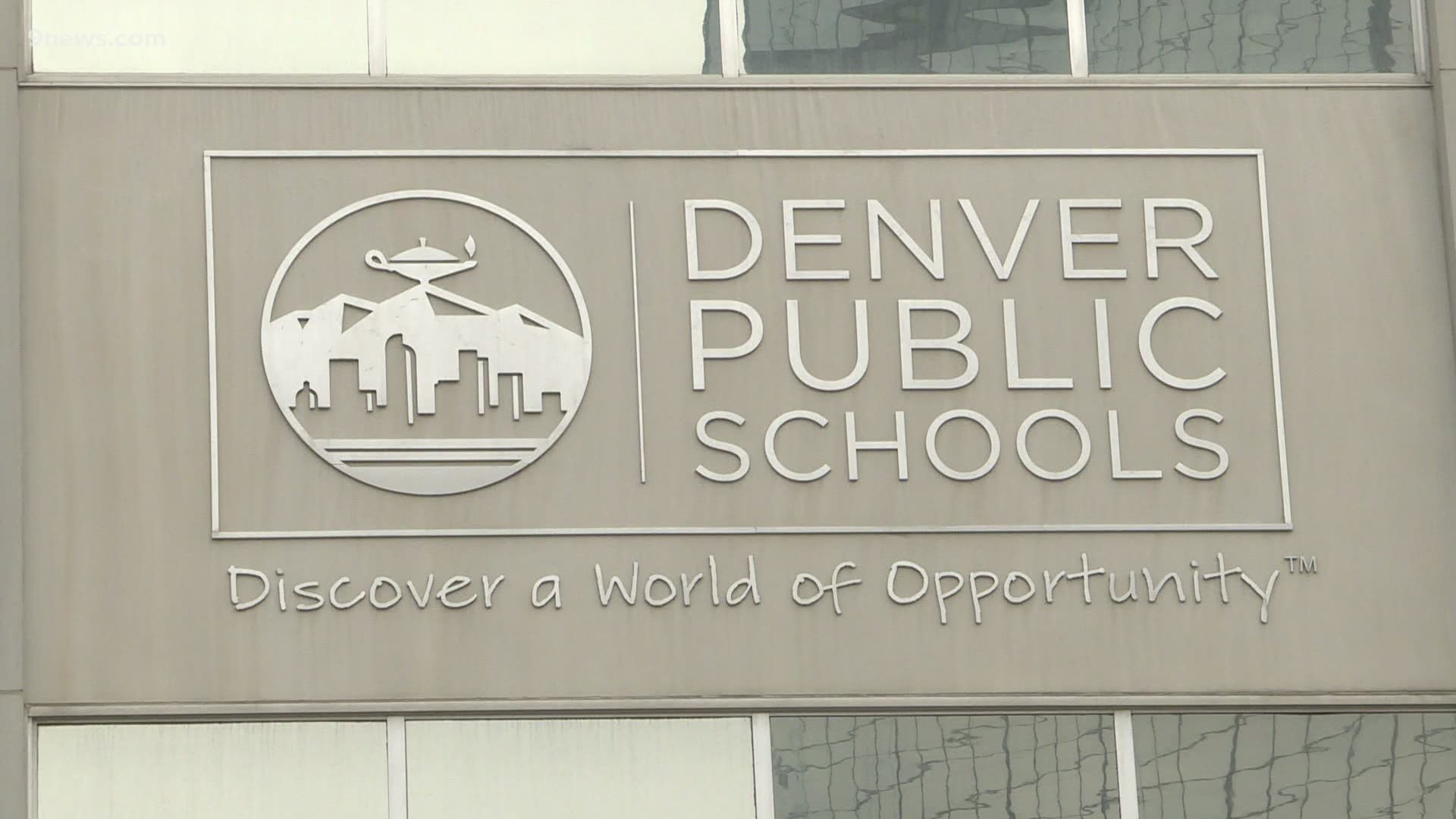 DENVER — Denver Public Schools (DPS) joined a lawsuit that the National Association for the Advancement of Colored People (NAACP) filed Wednesday morning in federal court in Washington, D.C., which accuses U.S. Secretary of Education Betsy DeVos of illegally changing the rules when allocating part of the $13.2 billion in funds from the CARES Act to private K-12 schools.

"What we're looking at here is a Secretary of Education carrying out her personal agenda to destroy public education," Derrick Johnson, NAACP president, said.

The U.S. Department of Education published the rule on July 1 and it went into effect immediately, according to the lawsuit.

Under a new rule issued by DeVos, school districts are required to set aside a portion of their aid for private schools using a formula based on the total number of private school students in the district.

Even before it took effect, the policy had been contested by public school officials who said the funding should be shared based on the number of low-income students at local private schools rather than their total enrollments. That’s how funding is shared with private schools under other federal rules that Congress referenced in the legislation creating the relief aid.

The DPS board of education voted Tuesday to join the lawsuit, which is being brought on behalf of public school students and their parents from across the country, according to DPS Superintendent Susanna Cordova.

RELATED: DeVos says schools shouldn't get federal funds if they don't reopen in the fall

"We believe that Congress' intent is to provide public funds for economically disadvantaged students," Cordova said. "We believe the efforts by the United States Secretary of Education Betsy DeVos and the U.S. Department of Education will bring irreparable harm to those children and families unless stopped."

The lawsuit argues that the CARES Act, which was signed in late March, specifically says local school departments are to distribute the funds based on the number of Title I, or low-wealth students, in a particular school.

According to the lawsuit, Congress also instructed school districts to set aside a small percentage of CARES Act funding for the benefit of disadvantaged private-school students. Under the rule change, the money set aside is calculated based on the total numbers of students in private schools, not the number of low-income students within them.

By using that formula, the lawsuit alleges, the education department "ignored the clear statutory mandate of Congress" in the CARES Act, and "grossly inflated" the share of funds to be allocated for the benefit of private school students.

The lawsuit alleges that "DPS’s expenditures for the benefit of privates schools under the Department’s Rule will increase by more than ten-fold.

In all Colorado received about $121 million in Elementary and Secondary School Emergency Relief (ESSER) funds, according to DPS. Of that, DPS received almost $23 million.

With the rule put into effect by DeVos, DPS stands to lose about $1.5 million of its ESSER funding. Denver School Board Treasurer Angela Cobian said this is coming at a time when the district is making about $63 million in cuts already.

"We strongly disagree that public funding that is designated for our public school students from low-income households should go to private school students," Cobian said.

ESSER is just one part of the funding through the CARES Act. 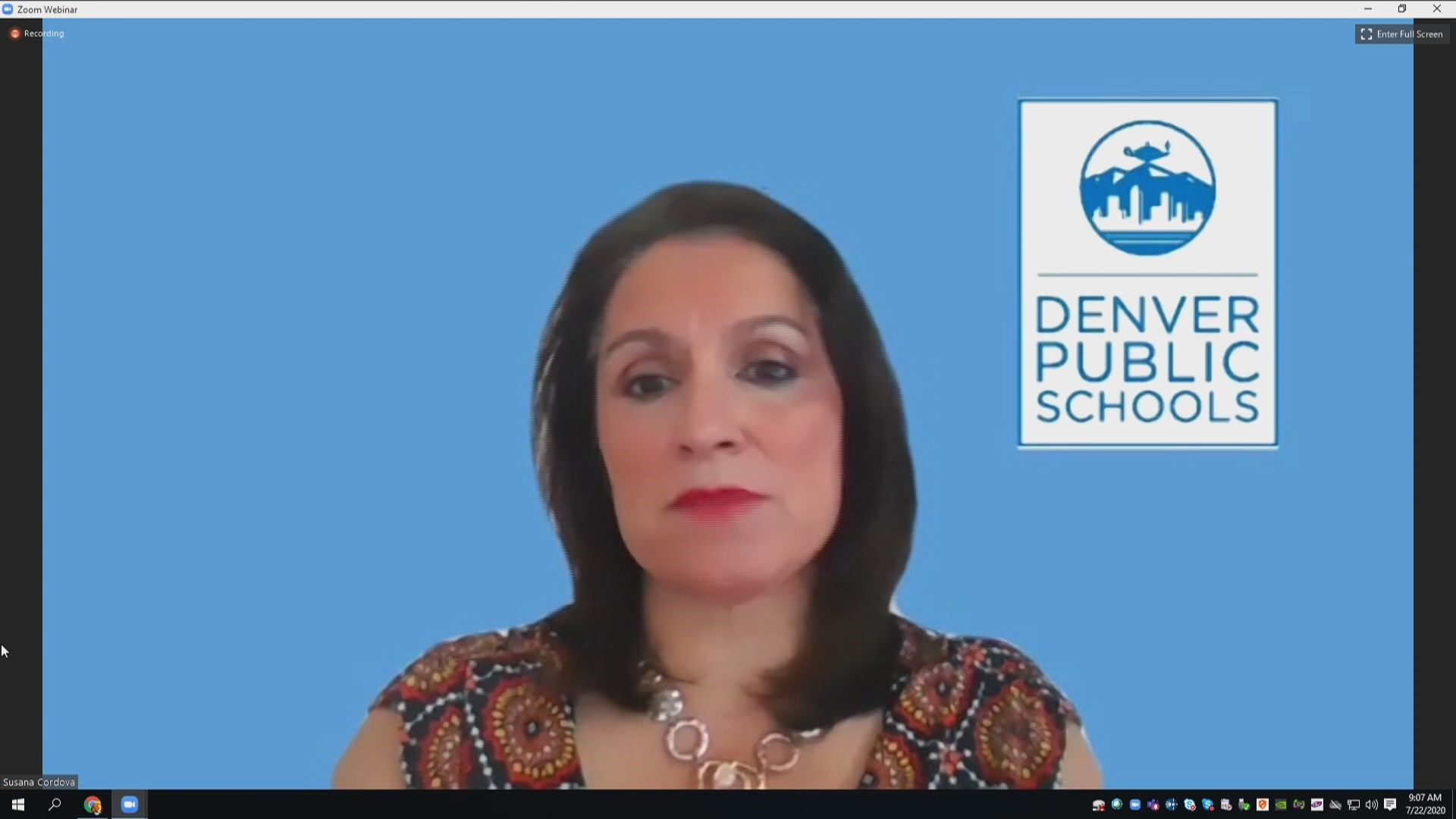 The lawsuit also argues that the education department does not have the authority to make the rule change because, under the statute, it would have to be “necessary” or “appropriate” to carrying out the functions of her position.

The lawsuit alleges the rule is neither of those things, and therefore DeVos did not have the authority to make the change.

They also argue that the rule violates the spending clause of the constitution because the federal government "can not impose conditions on spending that they "compel, rather than encourage" the recipient of funds to comply with federal policy priorities.

Brittany Vessely disagrees. She is the Executive Director of the Colorado Catholic Conference who oversees a network of private schools along the Front Range. She said that her school serves lower-income students, as well.

"To sue the federal government on the CARES funding is appalling because all students both in public and non-public schools have been impacted by the coronavirus," Vessely said. "The relief funding was meant to really create a safe environment for all families."

The U.S. Department of Education released this statement Wednesday afternoon:

“To claim the Secretary would do anything but support poor and minority students through this pandemic goes against her thirty-year track record of working to ensure the most disadvantaged students in this country have the same educational opportunities as their wealthier peers.

Sadly, this is a lawsuit aimed at advancing partisan political goals, not helping kids learn. The coronavirus outbreak has impacted every student and every school, and this Administration is committed to supporting all students get back to learning, including students of color.