'It is truly bittersweet': DPS superintendent heading to Dallas after building career in Denver

In 2018, Superintendent Susana Cordova became the first Latina to head the district and was just the second woman to hold the post. 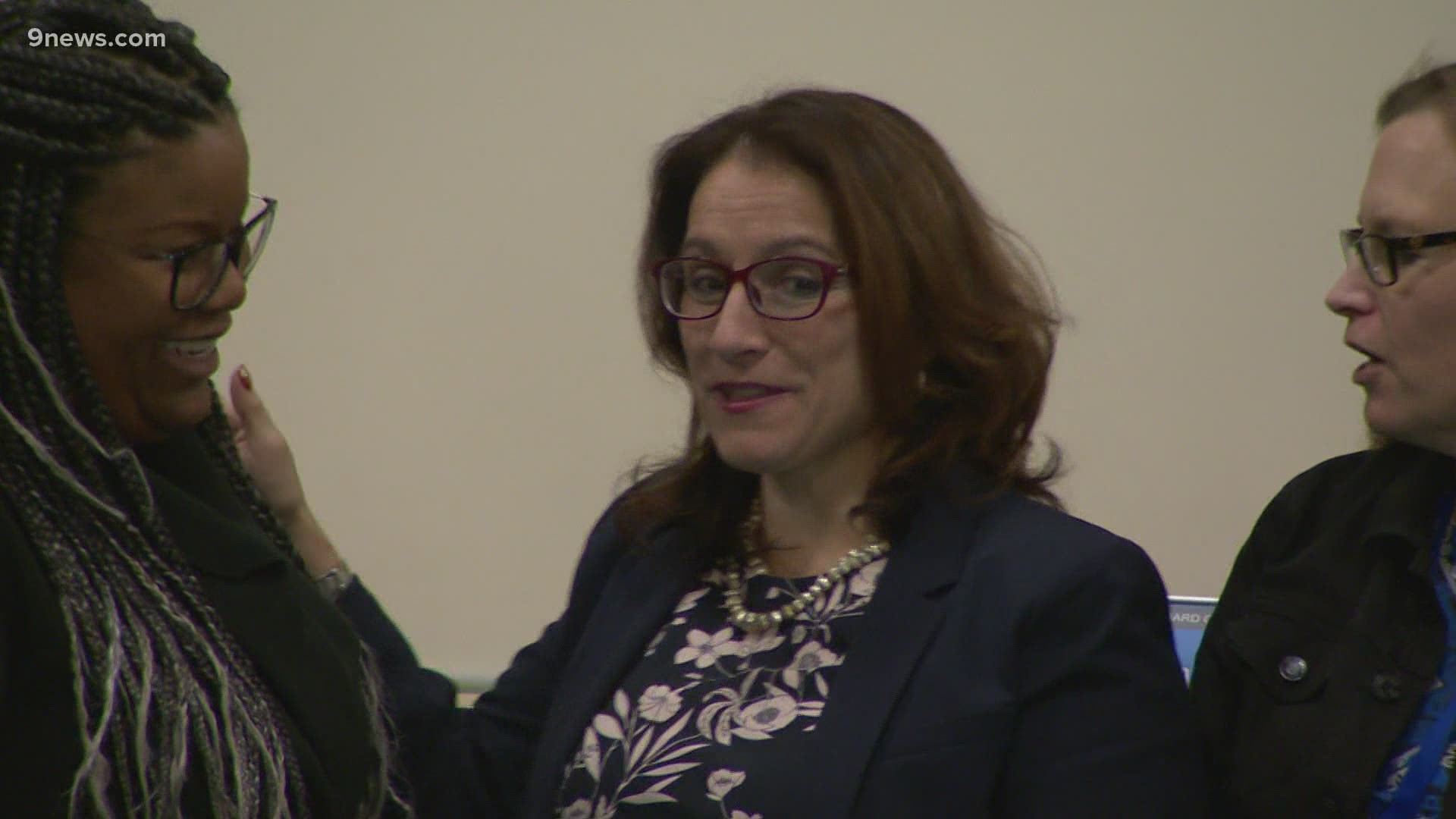 DENVER — Denver Public Schools (DPS) Superintendent Susana Cordova called it "bittersweet" as she announced that she is leaving the district where she's spent her entire career.

Cordova has been the superintendent of Colorado's largest district since 2018. She attended DPS as a child and has spent her entire career working her way up in the district first as a teacher and finally to the role of superintendent.

"I grew up here in Denver, I've raised and educated my children in Denver Public Schools and I'm proud to have spent my career here. It has meant so much to me," she said. "And it is truly bittersweet to announce that I've accepted a position in Dallas."

"As the child of Mexican-American parents who went on to become a first-generation college graduate, I have given my all to DPS and it has given so much to me."

In an email announcing her pending departure, Cordova said she had accepted a position in the Dallas Independent School District as the Deputy Superintendent of Leading and Learning.

In a briefing Friday afternoon, Cordova said she wasn't looking to leave but said she was approached by the leader of the district in Dallas, who has been a mentor of hers for years.

"I had been very dedicated to the work we were doing in Denver Public Schools," she said. "When this opportunity came up, I felt I really owed it to myself to consider it, it's not something I had been in a position to consider before. I feel like I have learned a lot in the Denver Public Schools and have a lot to offer but I'm also very excited to learn a lot in a new place."

During her time as superintendent, the district dealt with a teacher strike in February 2019 and the COVID-19 pandemic.

The district said they're still working on a timeline for Cordova's exact departure date and are working to determine who might replace her on an interim basis before beginning a search for the district's next leader.

"Every organization goes through leadership changes, and we're committed as Team DPS to seeing this through with a committed focus on equity and service," said Jennifer Bacon, Vice President of the DPS Board of Education. "We remain focused on being an equity-focused, students-first district, and one that will carry on uninterrupted and undaunted by the challenges ahead."

"I am very committed to a smooth transition to an interim, we have a great team here," Cordova said.

Cordova said she's most proud of the changes made to improve relations between teachers and district leaders.

"I'm also really proud of the work I've done to change the tone and tenor of the relationship we have with our teachers and our school leaders," she said. "I've worked really hard to create collaborative structures where multiple voices have a place at the table."

In a statement from Denver Classroom Teachers Association (DCTA), the teachers union thanked Cordova for her three decades in DPS and wished her well in the future. In a written statement, DCTA President Tiffany Choi said:

“This year has been exceptionally difficult for students, educators, and parents. We understand that students and educators may be feeling a sense of uncertainty with the sudden structural change within the district. The health of our students and staff is still DCTA’s top priority during these uncertain times. We will continue to fight for safe, equitable, and sustainable learning environments. We look forward to working with DPS to find solutions to all of our challenges.”

Choi said, during the early days of the pandemic, Superintendent Cordova "opened the door for a new way of collaborating" with educators, including them in the process of decision making.

"I do think that was really helpful moving forward," Choi said. "Of course we're never going to agree on everything, but having teachers' voice, educators' voice in the room, is a big step."

In her email announcing her departure, Cordova gave praise to residents who voted to pass the district's request on bond and mill levy increases in 2020.

RELATED: These school districts have shifted to remote learning

RELATED: 'It is on all of us': DPS leaders say community compliance with health orders is key for in-person learning

> Top stories curated daily just for you! Sign up for the 9NEWSLETTER right now to get can’t-miss stories, Next and Broncos content, weather, and more delivered right to your inbox.