Advocates want ESL testing paused in the pandemic, but the Colorado Department of Education is continuing the in-person tests for 95,000+ English language learners. 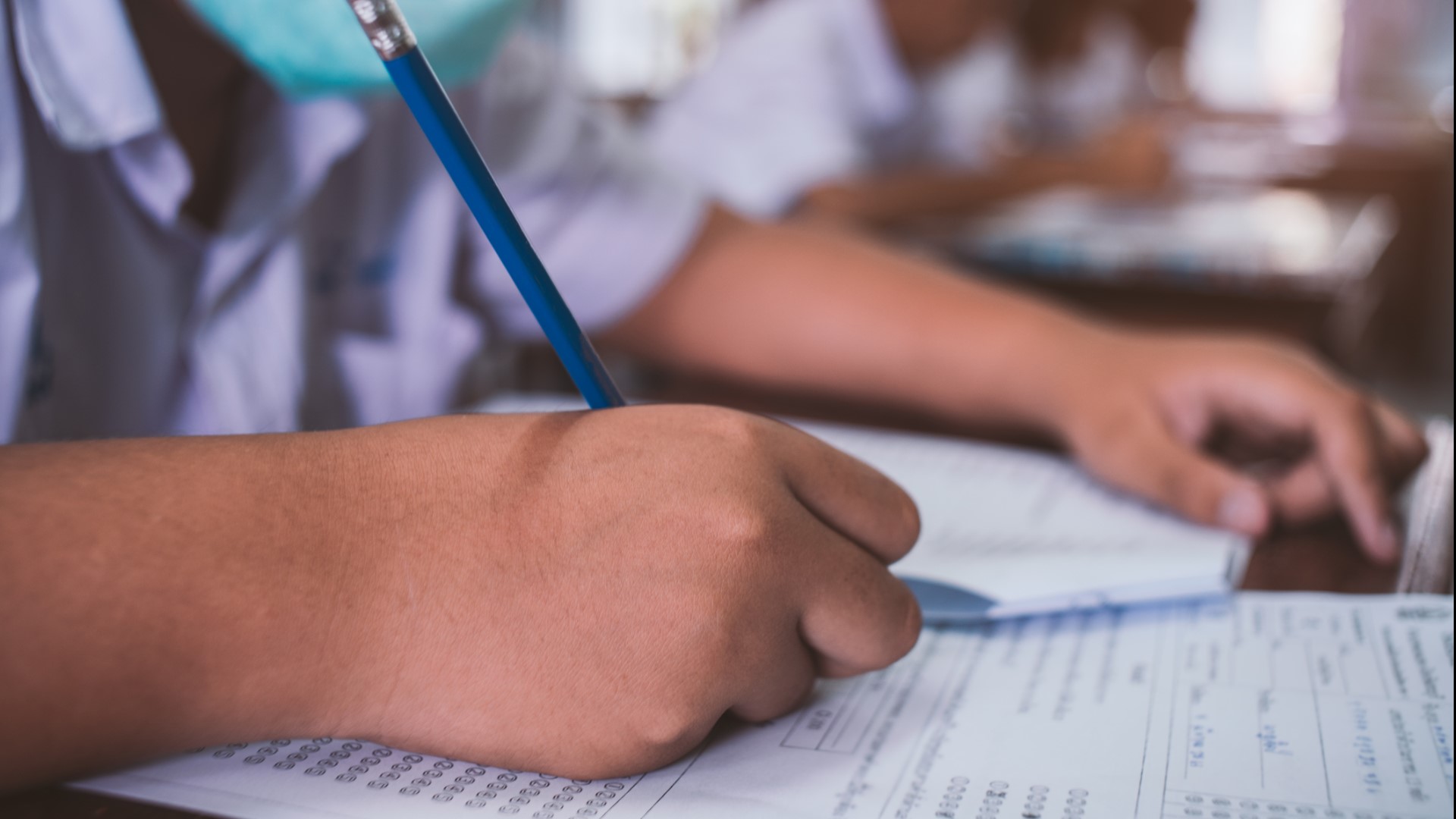 DENVER — Since the first week of January, the Colorado Department of Education (CDE) has been moving forward with in-person testing specifically for English language learners, testing that advocates have asked the state to cancel during the pandemic.

Now, those advocates are working to make sure Colorado families know their rights.

“We know that Latino and Black communities are the most impacted by COVID right now,” said Dr. Tania Hogan, the Director of Undergraduate Student Success at the University of Colorado Denver. Hogan is also the advocacy chair for the Colorado Association for Bilingual Education (CO-CABE).

"Our focus at CO-CABE has been the health and wellbeing of our families," Hogan said.

Unless the new administration deems the risks too great, most of Colorado's public-school students are on track to take statewide assessments known as Colorado Measures of Academic Success (CMAS) in late April/early May.

While English proficiency testing, also known as the ACCESS test, is currently being administered to thousands of Colorado K-12 students, despite the pandemic. A test that can only be done in-person from January 7 through March 12 when COVID cases are not under control in the state.

"I was an educator before coming to CU for 16 years. I learned this year that the English proficiency test is optional for parents," Hogan said.

According to the Colorado Department of Education (CDE), about 95,000 students took the ACCESS test last year, speaking and listening on shared equipment.

“Because there's a speaking portion to the test, we were hearing teachers concerns about the microphones being shared among students,” said Dr. Hogan. “But if students were wearing a mask, the microphone was not getting a clear reading on the test. Then they were being asked to take their masks off.”

Added risks, Hogan said, that she and other advocates were trying to prevent among an already suffering Latino Hispanic community in Colorado.

“Our plea has been based on both health and the social emotional wellbeing of our communities,” said Lucinda Soltero-Gonzalez, an assistant professor of literacy education at CU Denver, as well as a CO-CABE board member.

Advocates like Soltero-Gonzalez and Hogan implored the state department of education to cancel the test last year.

“When we realized that tests were already starting, most districts are halfway in, we wanted to just make sure parents knew of their rights,” said Hogan, after nearly four weeks and approximately 120,000 in-person sessions of the four-part test having been completed in the state.

“We have heard from parents saying that their school principal has told them that they are required to send their kids to take the test,” said Soltero-Gonzalez. “As a parent, I have kids with an English learner designation and I want all parents to know that the access test is optional, even if it has already started to be administered at their school.”

CO-CABE created a waiver that parents can sign to opt their child out of testing. Members of the organization including Soltero-Gonzalez and Hogan have also volunteered to act as liaisons for parents who need help communicating that decision to their child’s school.

“It says, 'I have the right to opt out of this test. I know this isn't going to impact funding. I know you can't pressure me to come in and take this test,' and it’s available in both Spanish and English,” said Hogan about the waiver.

The CDE commissioner Katy Anthes would not cancel ACCESS testing this year, but extended the deadline for the English proficiency test one month, through mid-March. State education officials said they created materials for districts to use in order to communicate with parents about their right to opt out of the test. But they also said, it's up to the districts to share them.

Click here for the "opt out" waiver from the Colorado Association for Bilingual Education (CO-CABE).