Everything I need to know, I learned in marching band: Air Academy High School works hard on heels of major win

Air Academy High school is our second stop of the band camp tour. 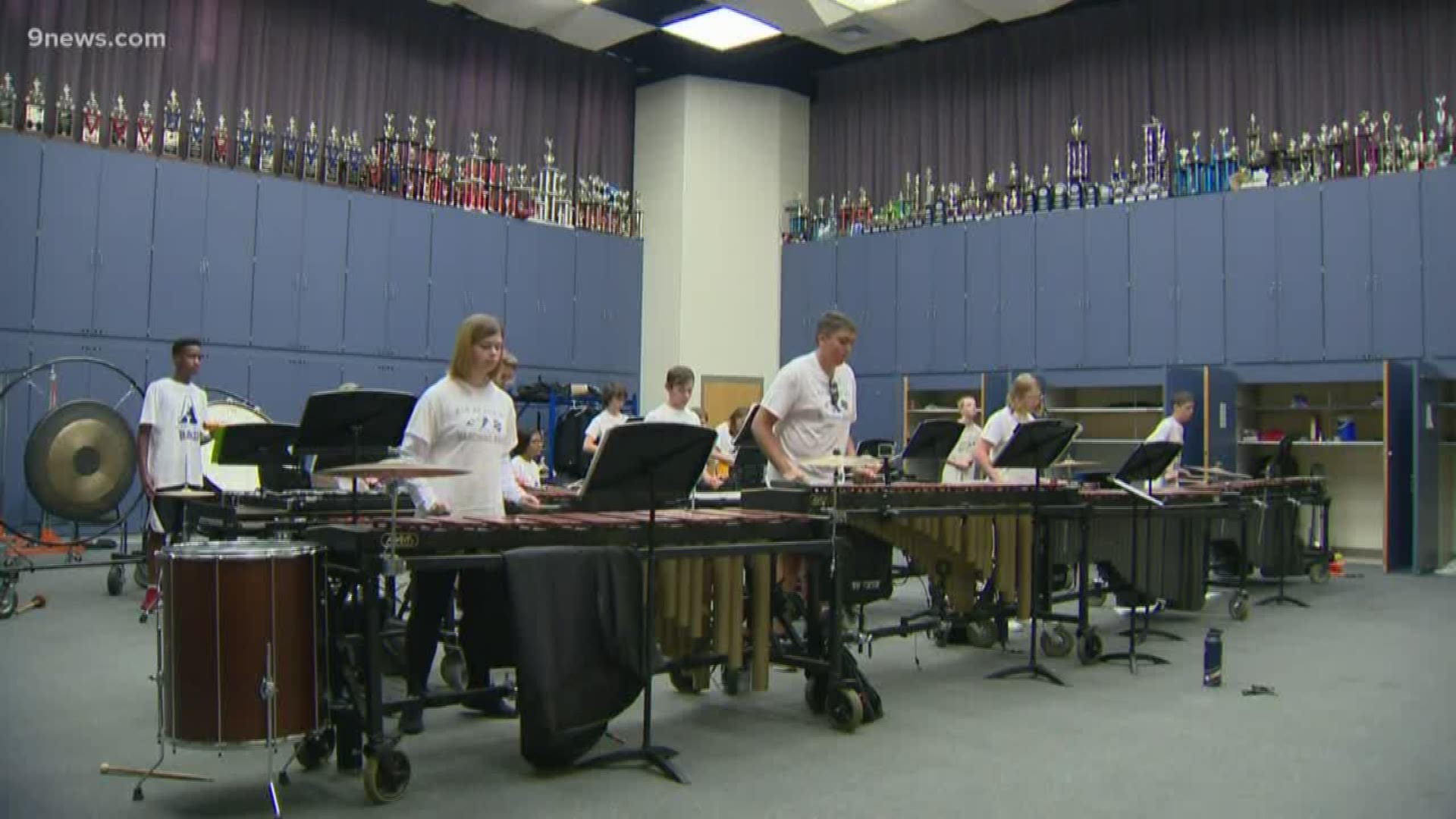 COLORADO SPRINGS, Colo. — Editor's note: This story is part of 9NEWS' "Hearts of Champions" series, where we're highlighting marching bands across the state. Watch our full stories on Fridays at 7 a.m. and 4 p.m., and on Saturday mornings all through the month of September. Share your photos and memories with us using #Bandon9.

“Band camp is our time to get together and fine tune our show, polish our skills,” said Director of Bands Joe Musick. “Making sure that we’re really kind of front loading our season with really positive energy and with the most excellence that we can.”

For 10 days in the August heat, 180 marching band members practice on asphalt to prepare for their competitive season.

Band members do calisthenics, run, and get in shape so they can learn to perform a 6 ½-minute show. During the show, they’ll perform while marching, running, playing their instruments and tossing flags.

These camps are getting the students in shape to compete during the fall months starting in September, culminating into the state championships in November. Last year, Air Academy High School took home the 4A state marching band title.

“The secret is that the kids are excellent kids and they work really really hard,” said Musick. “It’s all on the kids to put this is production out on the field and really make it come to life and that’s a lot of ownership on them.”

“Most people think about the football team and the cheerleaders on the field but I think once they see the band then they’re really like ‘wow, that’s amazing’,” said sophomore Emma Franzen. “It is challenging but it’s really rewarding to see it pay off and see everything that comes out of it.”