Everything I need to know, I learned in marching band: This Colorado band won a state championship even though it doesn't practice during the week

Estes Park High School is our third stop of the band camp tour. 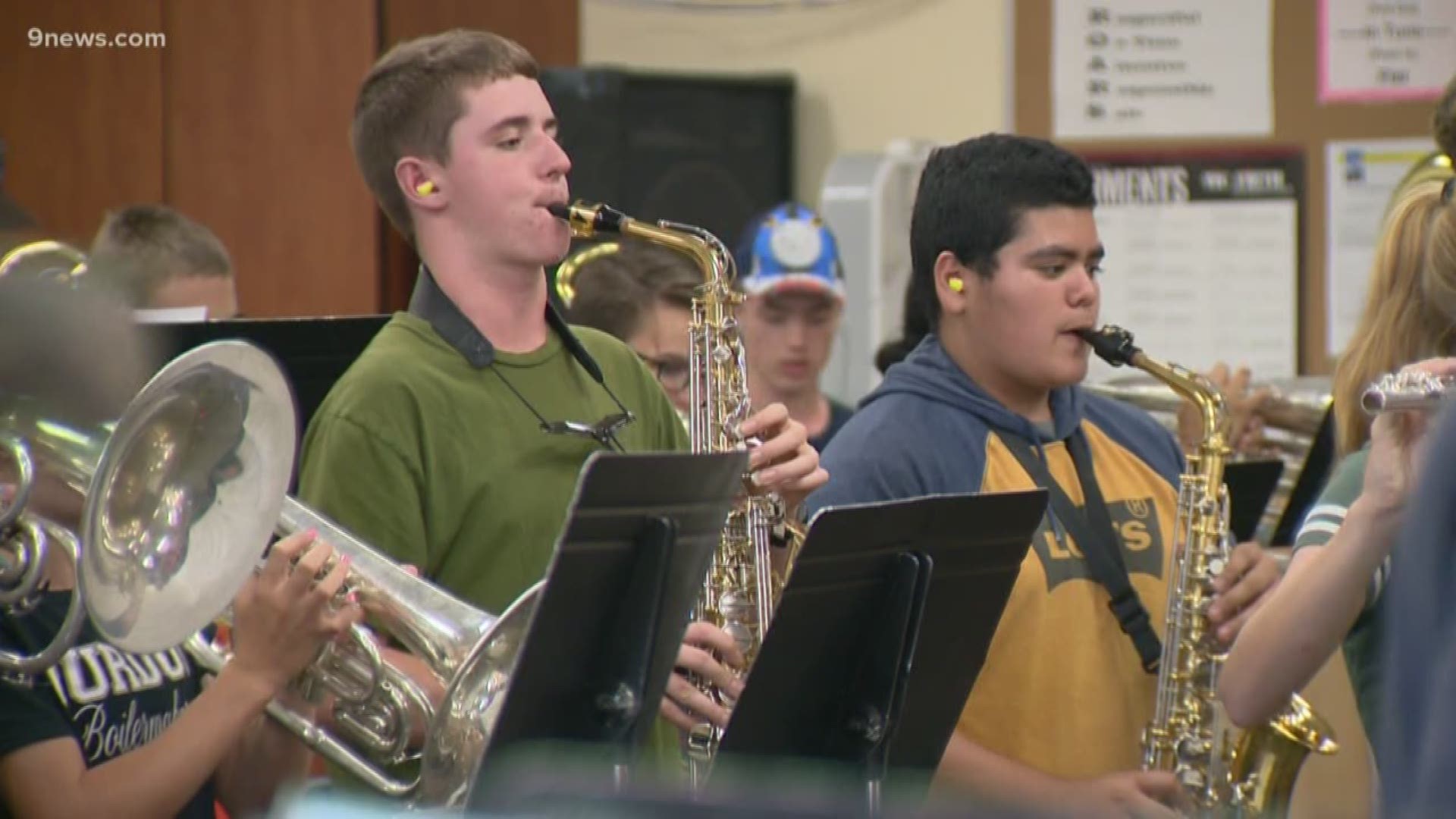 ESTES PARK, Colo. — Editor's note: This story is part of 9NEWS' "Hearts of Champions" series, where we're highlighting marching bands across the state. Watch our full stories on Fridays at 7 a.m. and 4 p.m., and on Saturday mornings all through the month of September. Share your photos and memories with us using #Bandon9.

In northern Colorado at the base of the Rockies, the Estes Park marching band has been getting to know the meaning of commitment.

“Band camp is really important because we actually get a third of our show put on the field,” said Estes Park High School Band Director Kaylin Brennan. “During the week, we don’t have any practices because of students in sports and all these other extracurriculars.”

For a week in the August heat, these marching band members practice to prepare for their competitive season.

Band members do calisthenics, run, and get in shape so they can learn to perform a six-and-a-half minute show.  It's a show they’ll perform while marching, running, playing their instruments and tossing flags.

These camps are getting the students in shape to compete during the fall months starting in September, culminating into the state championships in November despite some students having to play time management.

“Last year we spent 450 hours just as a drumline,” said junior J.D. McCown.  “I play football, basketball and baseball and we do practices every day after school to get fundamentally better and you do the same for drumline.”

“Some days there’s (cross country) meets and performances on the same day,” added sophomore Brooke Barron. “So you have to rush out to get to both but as long as you pay attention to both and you really like them both, it’s easy.”