First Gen Feats: From their first summer to the end of their freshman year, following two first-generation college students 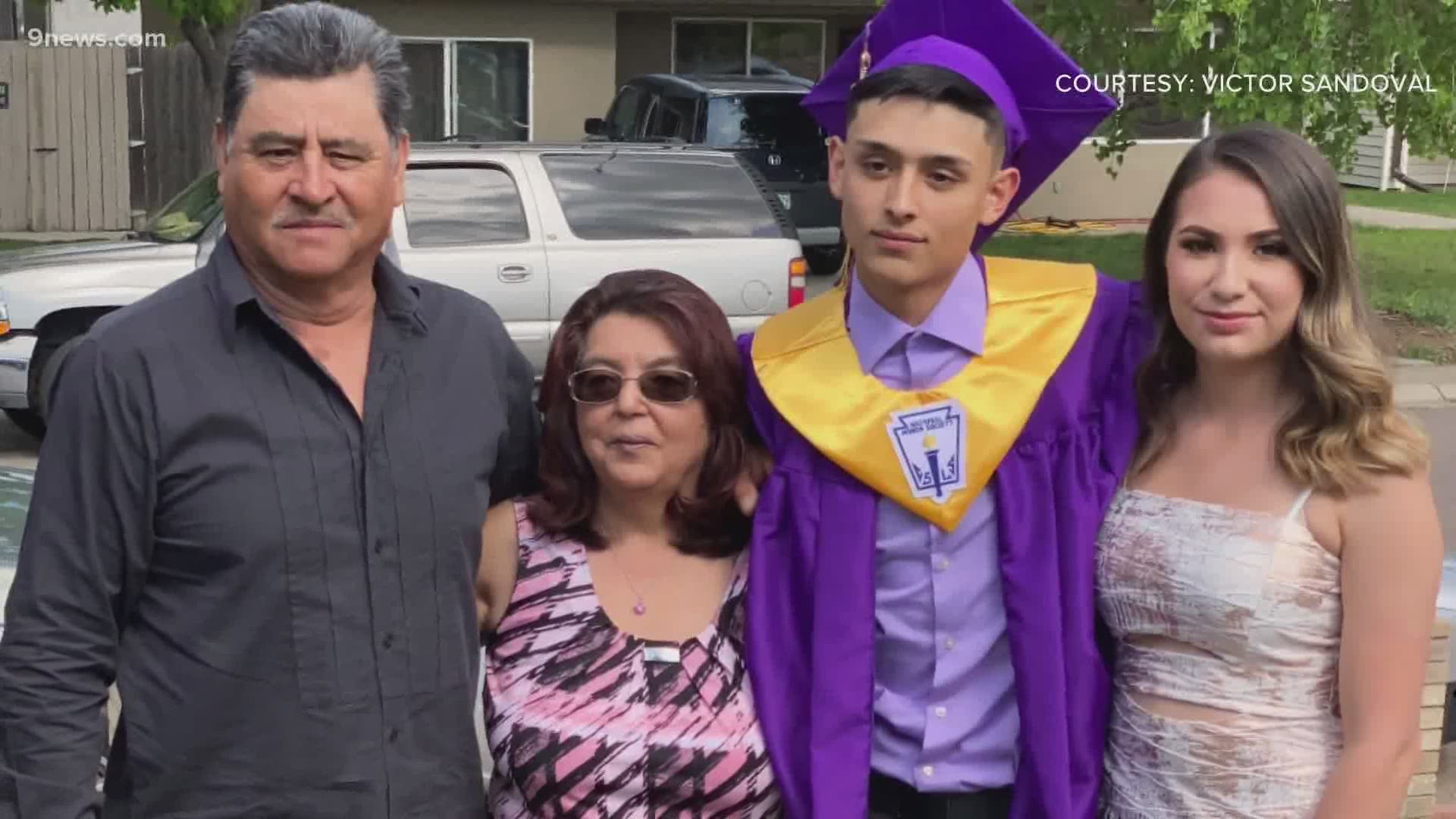 DENVER — The Denver Scholarship Foundation (DSF) has been turning college dreams into reality for thousands of Denver Public Schools (DPS) students the past 14 years – the group serves about 7,500 students through future centers which serve 22 DPS high schools.

The goal is to provide tools, knowledge and financial resources necessary for education after high school to DSF scholars like Jocelyn Gonzalez and Victor Sandoval. They’re finishing up their first year of college and sharing their experiences along the way.

“I can’t believe we’ve finished the whole year already,” Gonzalez said. “Just being ready to change whatever it is we’re doing at all times was pretty important.”

Gonzalez and Sandoval are two DSF scholarship winners who graduated from DPS schools last year. Both are first-generation college students who share a common bond of adjusting to their first year of school during the pandemic.

“I think my biggest challenge was mentally and it was just like being and continuing to motivate myself and push myself,” Sandoval said.

Gonzalez is a student from Denver who graduated from John F. Kennedy High School last year. Her parents are both from Jalisco, Mexico and moved to the U.S. in 1998 with hopes of a better life for their children.

“They had a lot of tough times growing up,” Gonzalez said. “My mom stopped going to school around sixth grade and my father got to eighth grade before he had to leave school as well.”

Gonzalez started her freshman year at CU Boulder in August majoring in architectural engineering. She was enrolled as a full-time student taking 16 credit hours living on and off campus due to quarantines at her school.

Sandoval graduated last year from North High School where he was the senior class president. Now, he’s a freshman at CU Denver pursuing a communications degree. He’s taking 15 hours of classes remotely, working 30 hours a week as a barista and helps his girlfriend babysit. He said his biggest battle was time management his first semester, but was dedicated to get his degree.

It was a journey that was motivated by his mom who graduated high school and went to college, but realized school might not have been an option for her at the time.

Sandoval knew he wanted to stay closer to home so he can continue to help with his family. He said he realized what it meant to get a job and support himself financially. Gonzalez said she also knew she wanted to go to college, but stay closer to home to continue to help her parents. She said she was concerned about the financial burden of tuition and room and board. Both situations are challenges some first-generation students face going into college.

“Many of our scholars work outside of school as well,” said DSF CEO Lori Rabinowitz. “So (its) how am I balancing that, family responsibilities and friends and clubs and other engagements and so the juggling is real,” she said.

“I think the pandemic has made things more challenging for students,” said Rigo Rangel, student services manager for the Latin American Educational Foundation (LAEF). “We’re having to help students navigate that relationship and their living situations so they could continue to do their work, continue to participate in classes, be successful, but at the same time, also figure out ways that they could continue to support their parents.”

LAEF focuses on providing Hispanic and Latino students access to higher education. The non-profit group said they’re seeing a 40% increase in tuition rates at Colorado’s university and colleges in the past five years. Rangel said these are some of the hurdles he’s seeing some first-generation students face.

“Finances, tuition costs, cost of attendance continues to rise at colleges and universities and many students have not found appropriate funding,” Rangel said. “Some of the things that we’re (also) encountering is differences in academic expectations, time management, also some ‘imposter syndrome’ where primarily students of color encounter feelings that they’re undeserving of where they are…that their achievements feel like it’s still not enough,” he said.

Sandoval and Gonzalez agree that even though their first year of college was filled with challenges, they’ve learned life-lessons they’ll take with them into their next year of school.

“I’ll have to take with me a lot of the supports I have…I’m going to try to keep as much contact with the first-generation group here and just things that really kept me grounded so that I can remember that your own mental health and stability comes before your education,” Gonzalez said.

“We’re trying to figure it out,” Sandoval added. “We know that at the end of the day, we’re going to make it happen because we want it bad enough.”