The $2 million national pilot program was unveiled on Monday in Boulder. 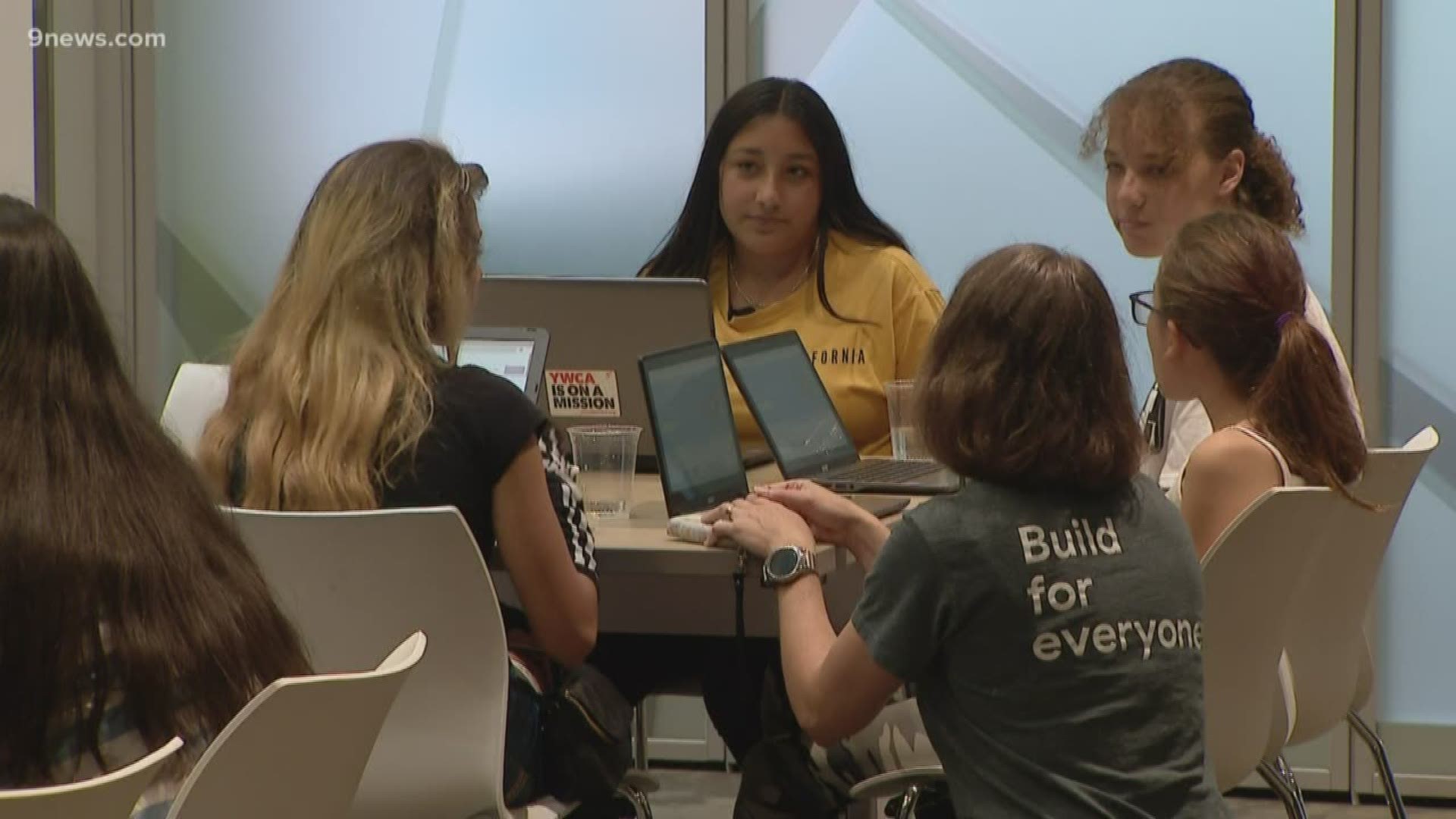 BOULDER, Colo. — The latest in the effort the help more young women and minorities break into the tech business is a nationwide program being backed by Google. But before it expands, it's being tested in Boulder.

STEM e3 is a partnership between Google, the Hispanic Heritage Foundation, and the YWCA of Boulder County that is meant to get more kids working with artificial intelligence earlier by teaching them programming at Boulder's Google campus.

"I think it's absolutely vital to get girls in tech at a much younger age and to show them (what) this world might look like for them," said Sarah Propeck, the user-care program manager at Google.

Dozens of girls in fifth through eighth grades, most of whom are minorities, are taking part in the pilot program.

It will launch in Boulder and at a YWCA in Los Angeles before expanding to 15 locations nationwide over a three-year period, costing about $2 million.

"I feel like we should take great pride in Colorado that we're really starting this program," said Debbie Pope, CEO of the YWCA of Boulder County. "We're actually the first one to launch."

Ashley Moreno is an eighth-grade student from Centennial Middle School in Boulder who is attending STEM e3. She said she's interested in going to school for computer science.

"I mean girls can do stuff, too, not just boys or men and, like, there's some girls who know more stuff than boys that are already doing stuff like this," she said.