Several thousand Colorado teachers marched to the state Capitol in Denver after rallying in a park across the street.

Friday's demonstration is the second day of protests expected to draw a total of 10,000 teachers. The tone Friday was more festive than the day before.

A jazz band warmed up the crowd by leading them in songs like "Marching on Freedom Land." Teachers danced along, while others kept some beach balls bouncing over the crowd at Civic Center Park.

The band then joined teachers in a march to the Capitol, as drivers honked their car horns and police stopped traffic to let them cross the street.

Around 11:30 a.m. Gov. John Hickenlooper spoke to the crowd. He told the teachers he will help push for the state to pay back about $1 billion borrowed from education during the recession.

He spoke for less than five minutes and didn't offer any more funding than has already been proposed for next year.

Some teachers shouted over him, "We want more," while others applauded him.

After a break for lunch, teachers are marching back to the capitol for another rally planned to begin at 3 p.m. 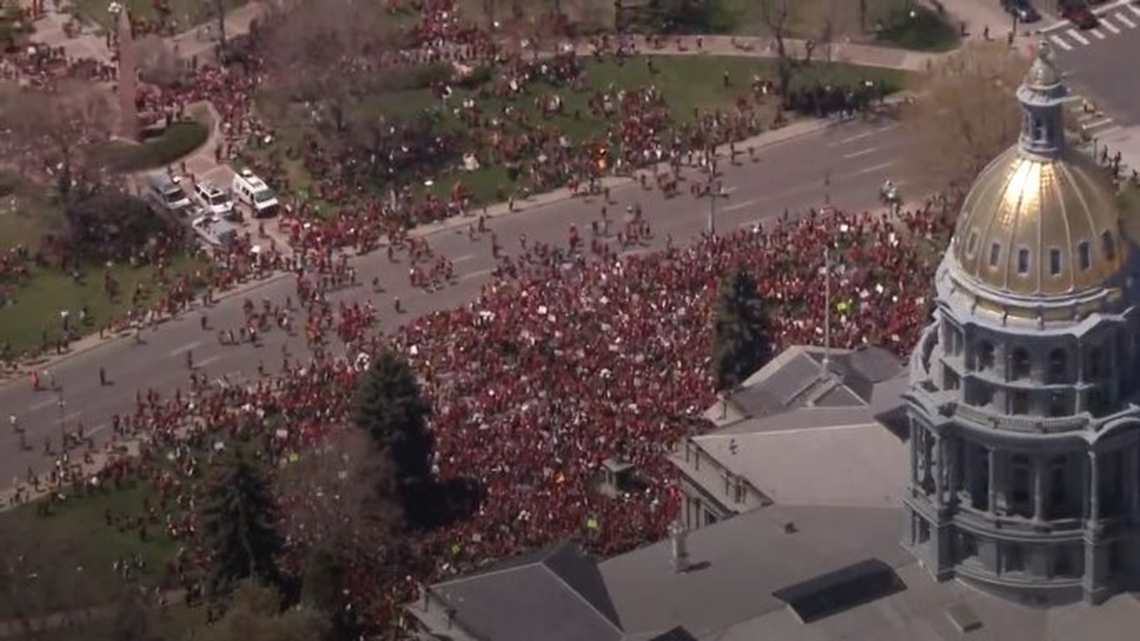