The 15-year-old student was found in a classroom with a loaded gun. 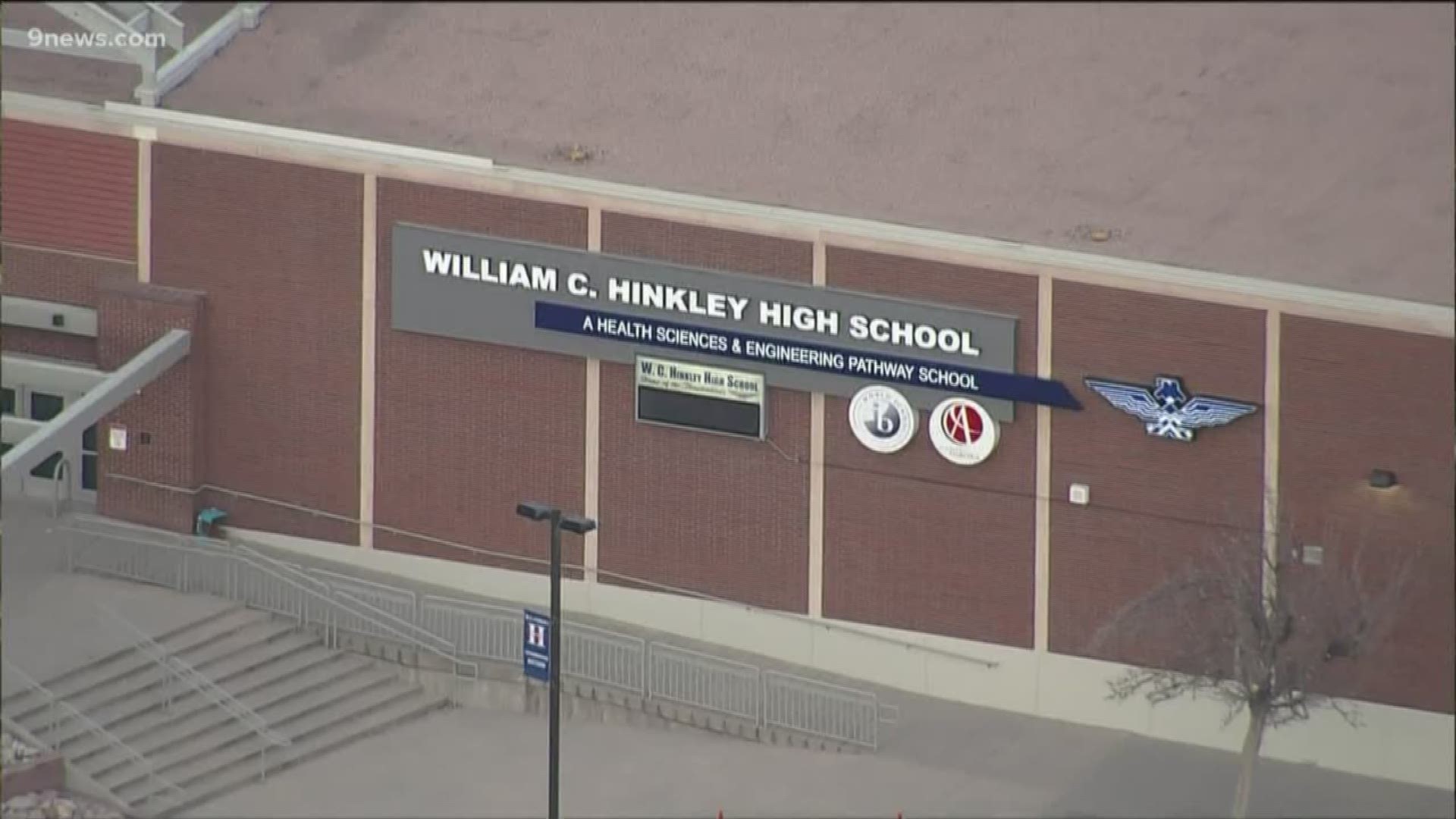 AURORA, Colo. — A 15-year-old student at Hinkley High School in Aurora was arrested Thursday morning after police found a loaded gun in the waistband of his pants, according to a spokesperson for the Aurora Police Department (APD).

Another student spotted the weapon and reported it to staff who in turn reported it to APD. Officers then responded to the school, located at 1250 Chambers Rd, and located the student in a classroom.

Officers found the weapon and arrested the student. He faces the following charges:

The school was placed on lockdown for a short time, according to APD, but normal operations have resumed.

APD said they don't know at this time why the student was armed or if there he had any intent to use the weapon.

No other information is available about the student since he is a juvenile.