How a teacher is using Hamilton in her history class 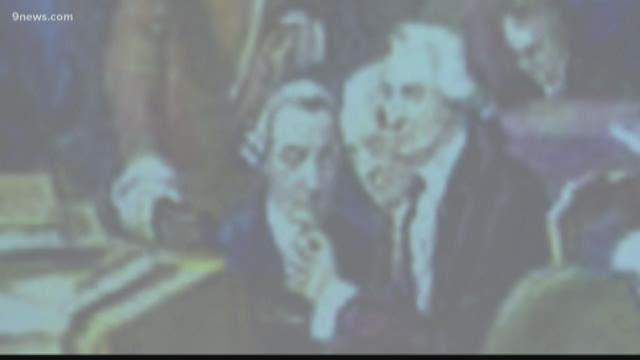 It’s more than just entertainment ... and the hottest ticket in town.

Hamilton, the Broadway musical, is also a new teaching tool for some educators.

Shelby Balik found it helpful for her college students. She teaches history at Metro State University (MSU) in Denver.

“For people who teach early American political history, which is not often a topic that captures the imagination of their students, this – this is wonderful,” she said.

Balik first learned about the musical several years ago. Like many others, she heard buzz about the Broadway show and started seeing the cast appear on the news.

“And from that point on I think I was just really interested in, what is this – Hamilton in rap?” she remembered.

It was catchy, she said. And it could be useful to her in the classroom. Throughout the semester, Balik now plays certain songs from the soundtrack in class.

“I always do Cabinet Battles One and Two when we’re talking about the creation of Washington’s cabinet and Washington’s domestic and foreign policy, and the development of the Federalists and the Jeffersonian Republicans,” she said.

“It really does a good job of encapsulating some of the complex political issues of the day, but in language that is just right there for the students to understand.”

“Most history classes will just kind of tell you the facts,” she said. “For her, she gives so much background, that it really does feel like – you’re… a member of living history.”

Hamilton will play at the Denver Center for the Performing Arts Buell Theatre through April 1.