How JeffCo is focusing on mental health in middle school 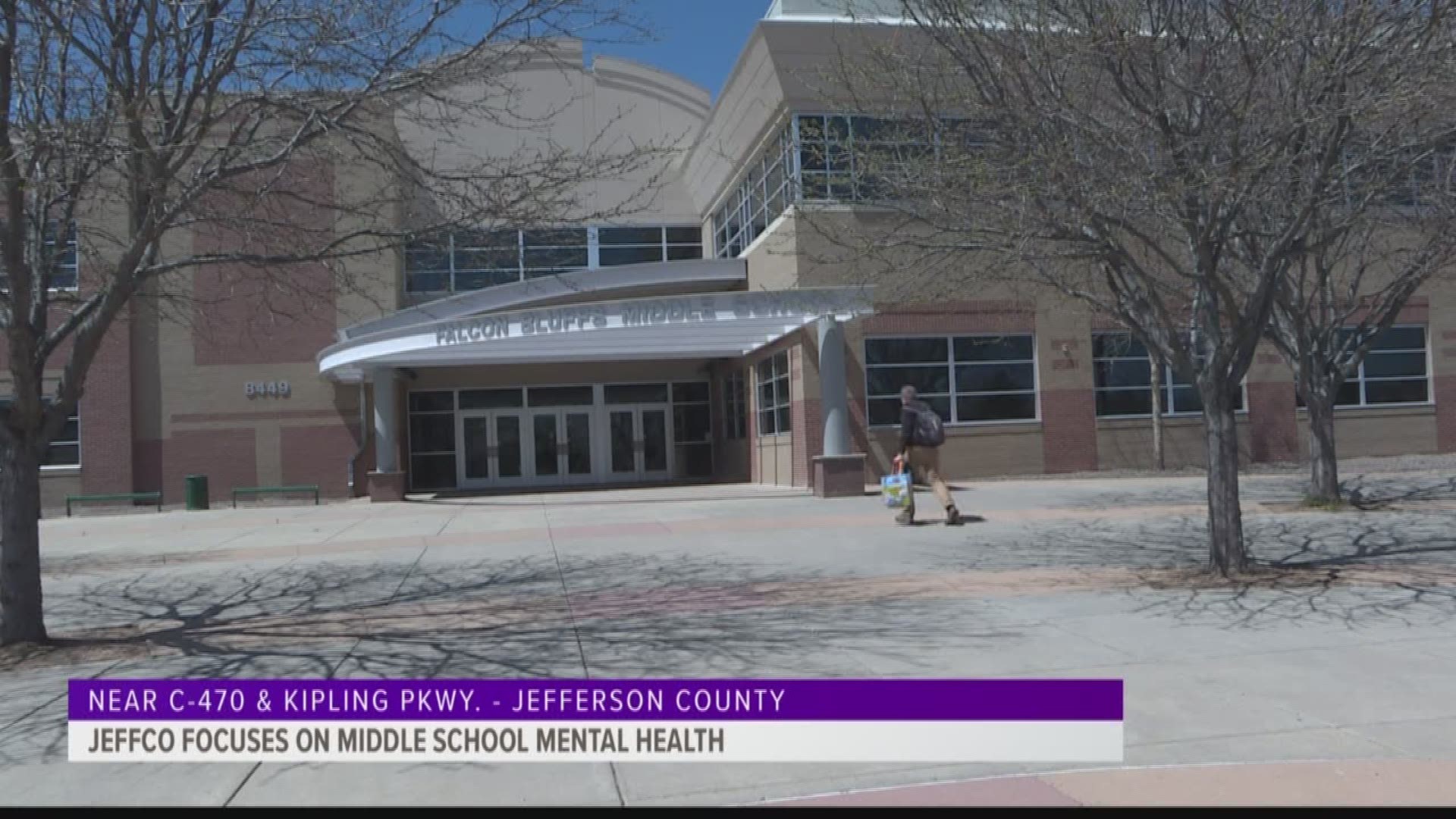 JEFFERSON COUNTY — When students enter Falcon Bluffs Middle School, Nicole Herrera is there to help cut out problems before they start.

She is a social emotional learning specialist. This is a position created by the district two years ago to make sure students can develop interpersonal social skills.

"Solving conflict with peers, managing your emotions when you're upset or even excited," Herrera said. "Recognizing social awareness, how kids are feeling. How do I respond to that? Those interpersonal skills that I think people believe are innate, but they really aren't. They are skills that need to be taught just like anything else."

Herrera says middle school is such an important age because kids are developing while also learning independence.

She is not only there for the kids. She helps teachers weave social emotional skills into their lessons.

"The goal is to teach and show teachers that they have to talk about these types of skills also in their daily instruction," Herrera said. "You just can't talk about it one time for a student to completely understand it."

This week, we have been sharing your stories about mental health on our Instagram page. If you would like to share your story, e-mail us at webteam@9news.com.