Dr. Alex Marrero and other officials are named in the federal suit filed by Brooke Balchan, the now-former medical director for the School District of New Rochelle. 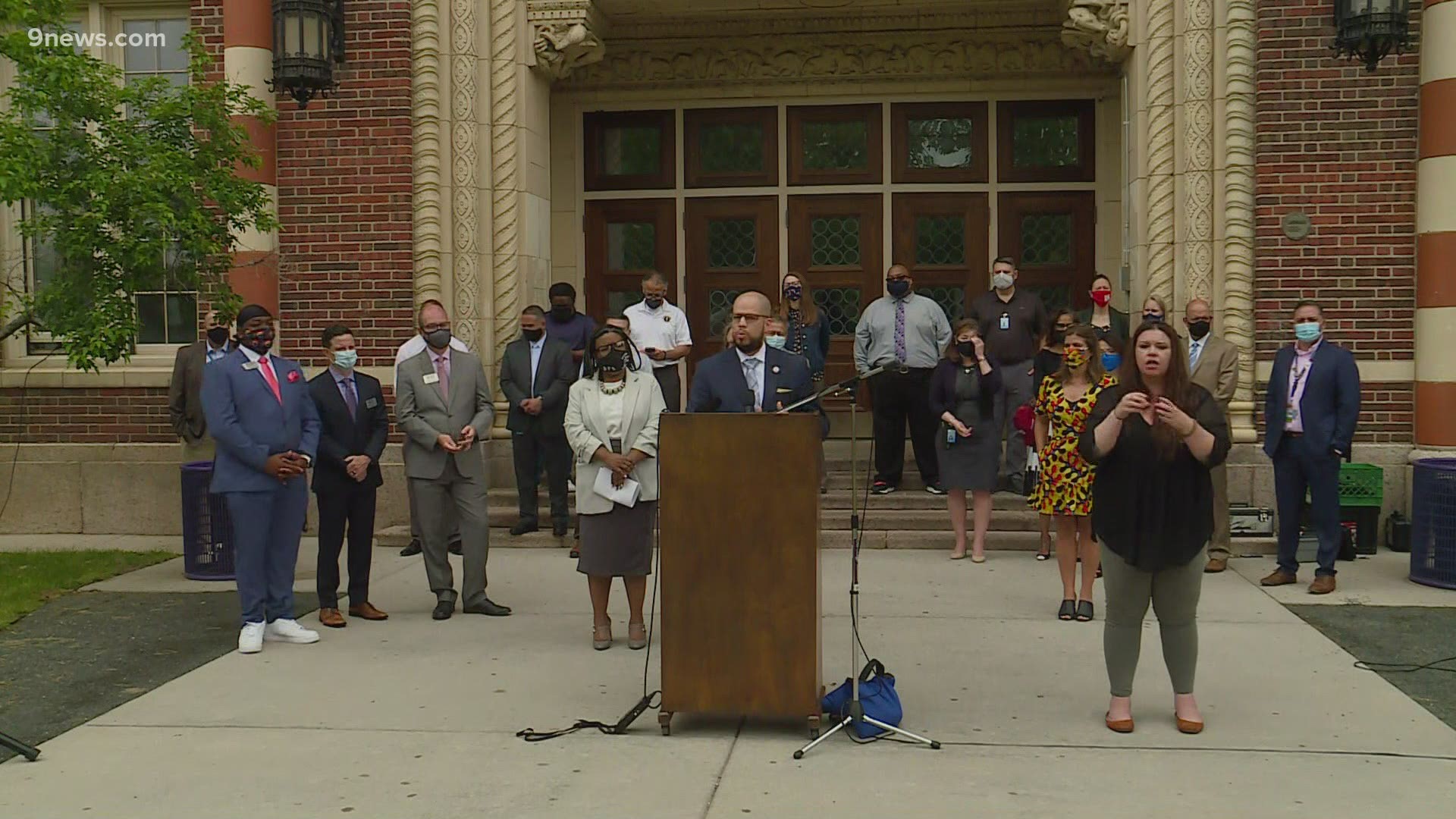 DENVER — Alex Marrero, the newly announced superintendent of Denver Public Schools (DPS), is one of several people accused in a lawsuit of “playing politics over public safety” during the COVID-19 pandemic while he worked in his previous district.

Marrero and other officials are named in the federal suit filed by Brooke Balchan, the now-former medical director for the School District of New Rochelle in New York State.

According to Balchan’s attorneys, district leaders, including Marrero, attempted to silence her when she offered public health guidance regarding the pandemic.

>WATCH: The video above is the full news conference of the announcement of DPS' selection of Marrero as their next superintendent.

Balchan said district leaders retaliated against her when she raised concerns about the district's response to COVID-19 by excluding her from meetings, and dismissing or ignoring her public health advice. She also claimed to have received threats and intimidation from the district’s legal team, according to court documents.

Specific to Marrero, Balchan’s suit alleges he made decisions related to in-person learning protocols without first consulting her.

She also describes a plan allegedly created by Marrero to transport school staff to a hospital’s COVID-19 vaccine clinic in January, before non-medical school staff were eligible in New York. The vaccination event was subsequently shut down and the provider was fined for its involvement.

Most recently, Marrero served as New Rochelle’s interim superintendent, though he has also held other leadership roles within the district. The DPS Board of Education has not yet formally confirmed Marrero as Denver’s new superintendent. Despite some community concern about him and the other finalists never before holding a superintendent role, the district announced Marrero as its selection earlier this week.

The board is currently scheduled to approve Marrero’s hiring next week.

DPS released the following statement in response to the lawsuit, attributed to DPS Board President Dr. Carrie Olson and Vice President Jennifer Bacon:

A spokesperson said the district was "aware of some of the situation, but not all of it" when Marrero was hired.