The Jefferson County School District believes they're one of the largest districts in the country to make the life-saving program so widely available. 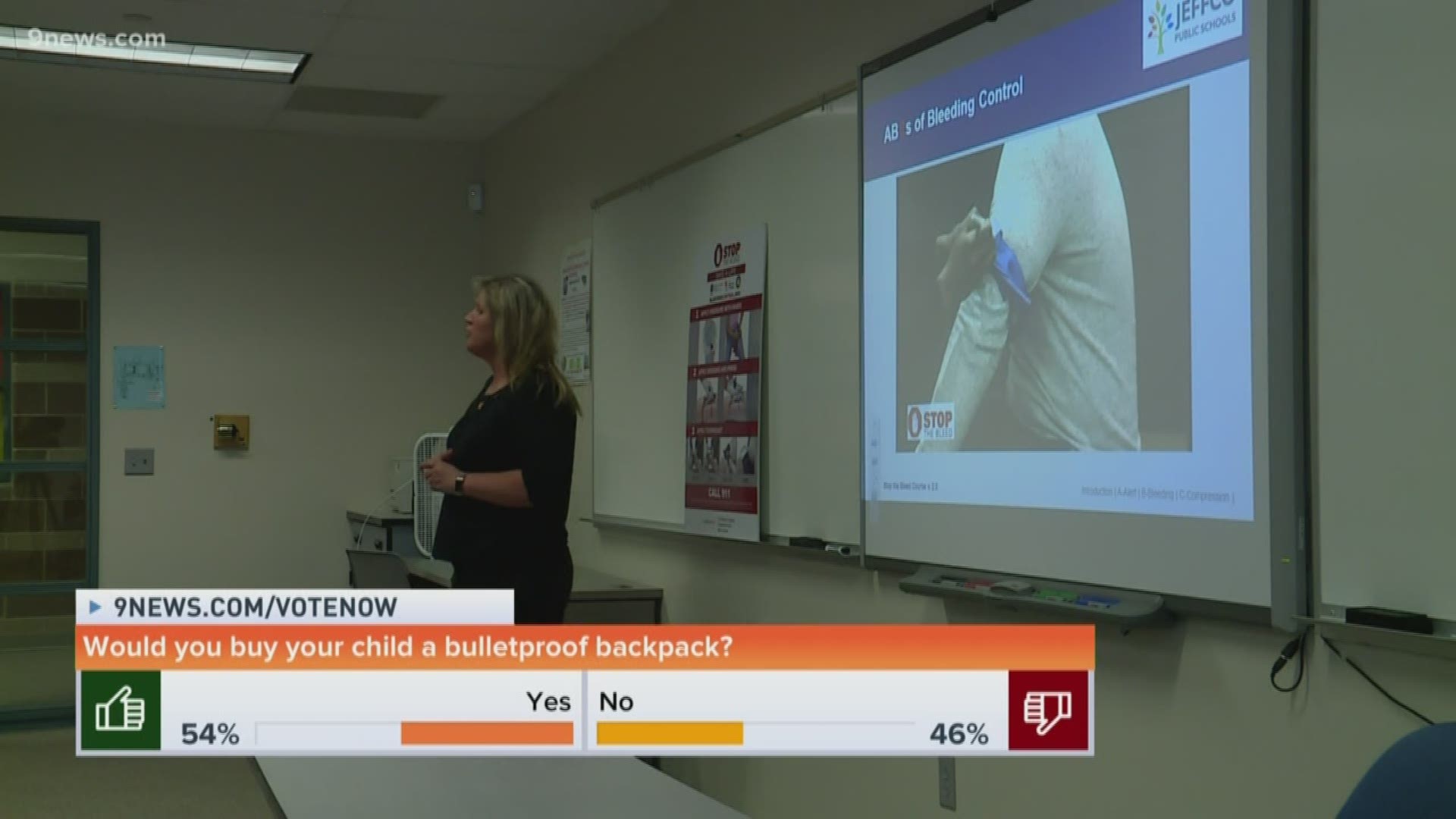 JEFFERSON COUNTY, Colorado — The Jefferson County School District is adding Stop the Bleed training to its list of free safety classes for all 14,000 district employees.

“It’s a life-long skill that everybody should have and learn,” Julie Wilken, the District’s Director of Health Services said. “This was years of saving reimbursement funds to be able to put something in place.”

The program is a part of a Department of Homeland Security national awareness campaign meant to encourage people to get trained and equipped to help in an emergency before first responders arrive.

Making the classes available to all employees will cost about $500,000 which Wilken said comes from Medicaid reimbursement funds.

RELATED: 'Stop the Bleed' campaign urges bystanders to get medical training for emergencies

Nurses have been trained to teach the program, which consists of a 30-minute class where employees learn skills like packing a gunshot wound and using a tourniquet.

Every school in the district will have at least one Stop the Bleed kit with the tools someone would need in case of an emergency. Other schools may have multiple kits, depending on the size of the campus.

“It’s nice to be prepared,” said Dr. Jim Jelinek, the principal of Dakota Ridge High School after he got his training. “[It’s] not something I ever want to use.”

Jelinek said the first level of defense against school violence is making sure students feel they have a place to share their concerns at school; however, with the incidents we have seen in Colorado and the country, he believes it makes sense to have this kind of training.

RELATED: Teaching the community how to save a life on National Stop the Bleed Day

“Hopefully by the end of the year, we’ll have the majority of our staff trained in the Stop the Bleed.”

Jefferson County School District employees can access the Stop the Bleed program for free by signing up for a CPR/First aid class throughout the school year.