So far, about 30 nurses in schools across the district have gone through tactical training to be able to help law enforcement in an active shooter situation. 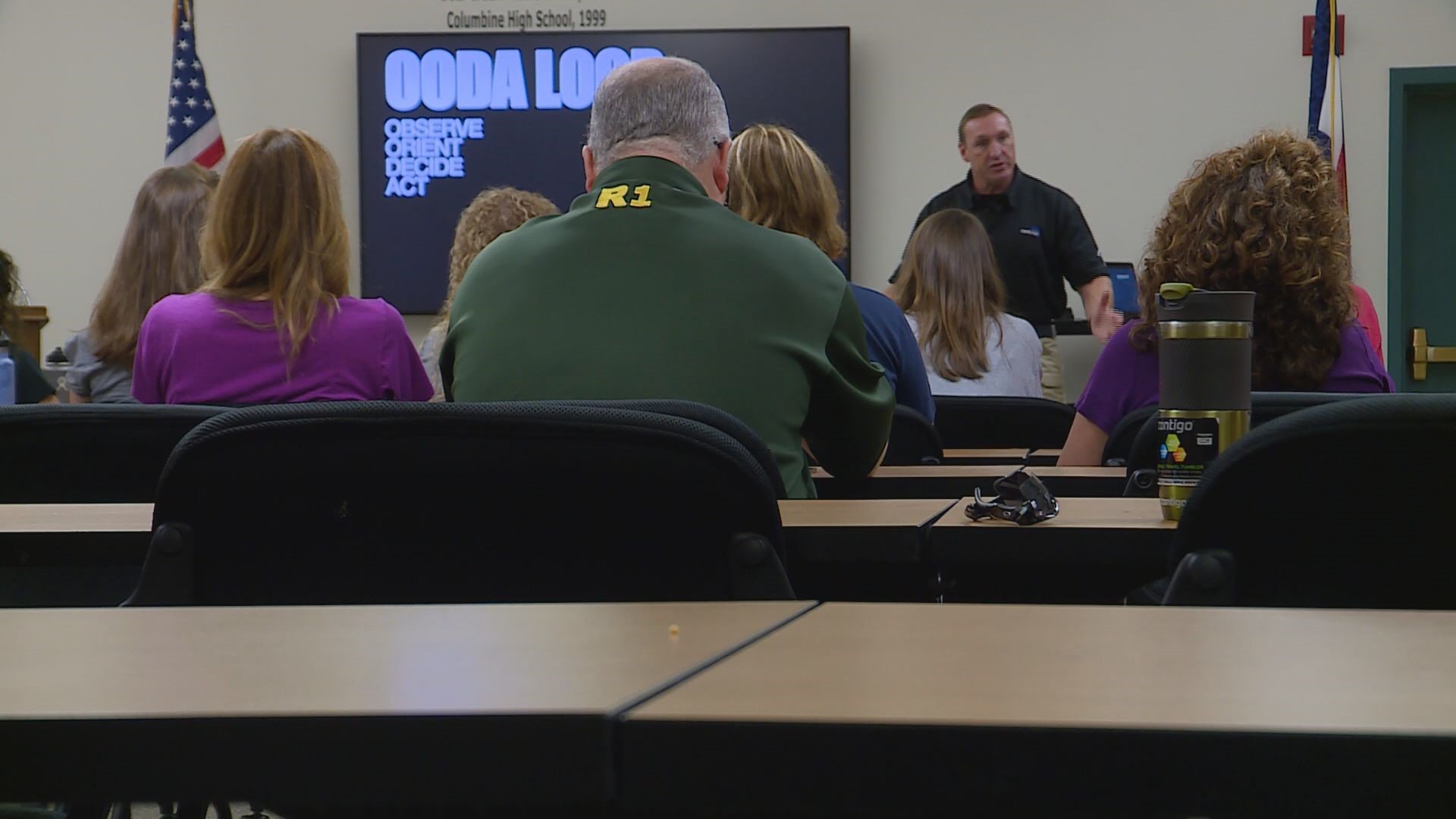 JEFFERSON COUNTY, Colorado — The idea to provide detailed crisis training to people inside schools who already have medical backgrounds came from nurses within the Jefferson County School District.

Now, that’s exactly what the district is doing.

“They really were demanding that we use them as a resource,” said Executive Director of the district's Department of School Safety John McDonald. “We sat down and started talking about how they best fit.”

They came up with a Nurse Response Team. Right now, there are 30 nurses from schools across the district who have been trained in Federal Emergency Management Agency (FEMA) and tactical response.

“These nurses were chosen by experience and desire to be involved in school safety preparedness,” McDonald said.

The goal is to eventually have every nurse in the district on the team.

“My work is really health-wise and mental health-wise,” said Rhonda Valdez, a nurse at Wheat Ridge High School. “Thinking about an active shooter…I guess that’s part of the environment now.”

Law enforcement experts joined Valdez and her fellow nurses inside the Frank DeAngelis Community Safety Center in Wheat Ridge in July to show them what the response looks like when dealing with a school shooter.

The center is an old elementary school that’s been repurposed for the training. The district just installed a high-tech sound system that mimics the chaotic, emotional feel in a worst-case scenario.

“Until you hear it, until you hear shots fired, you don’t really know how you’re going to respond,” McDonald said.

After law enforcement showed the nurses how they enter a building, they demonstrated how they cleared rooms and talked about the best and safest time for nurses to start rendering aid.

The training is emotional and intense, but the district believes it’s important in the world we now live in.

“I think we’ve learned enough lessons over the years,” McDonald said. “Twenty years of school shootings, we don’t get to say no to this. Nobody gets to say no.”