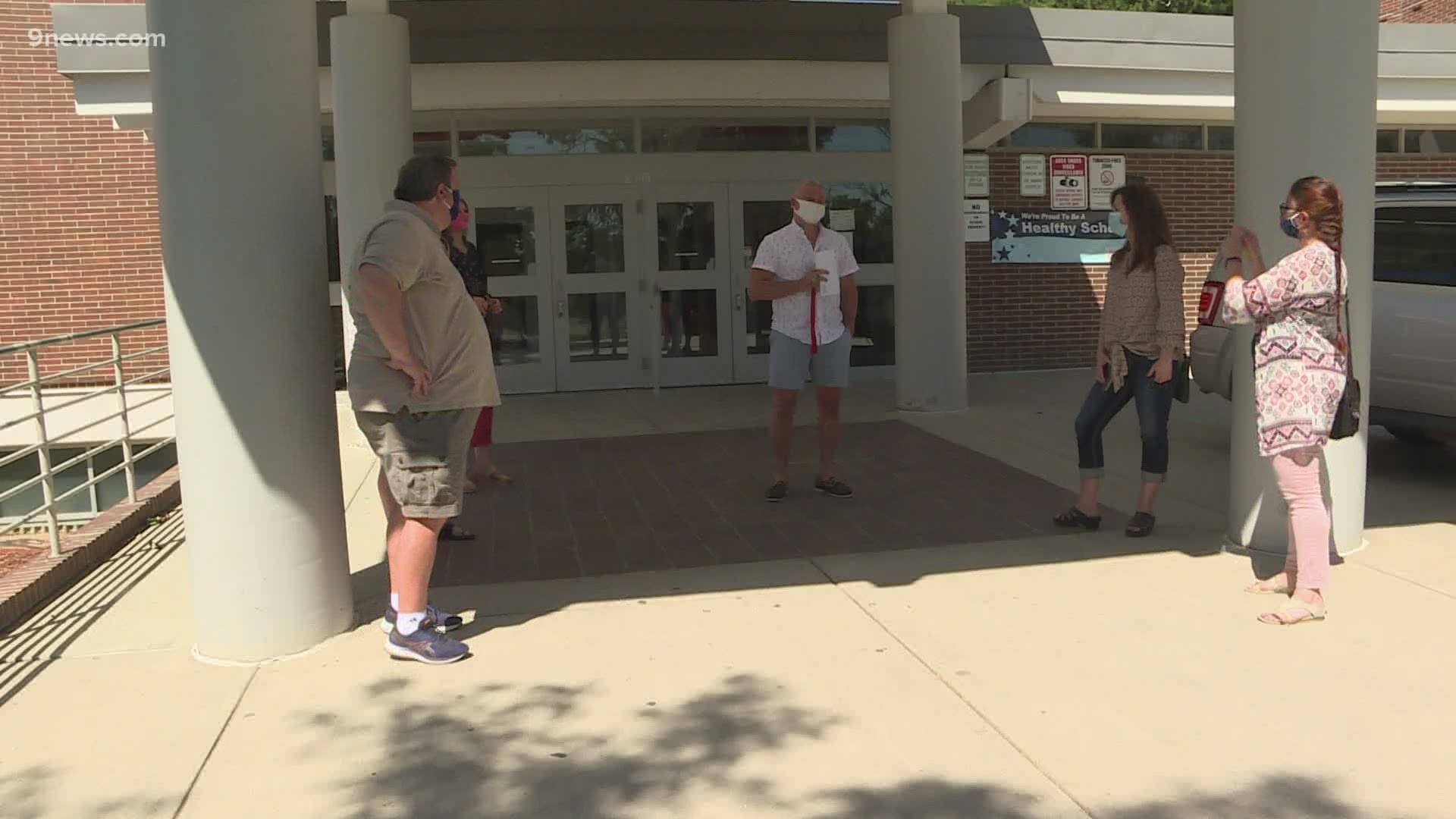 EDGEWATER, Colo. — Under the guise of an alumni visit to Jefferson Junior/Senior High School in Edgewater, the class of 1983 had more than just a greeting for Principal Michael James -- they had a surprise donation for the school.

"I grew up in this neighborhood," Bob Lyall said.

After Lyall graduated in 1983, he moved to Wichita, Kansas. He traveled all the way back to Jefferson to surprise the principal with a check.

"We have this small gift for you," Lyall told James.

It all started with the 9NEWS documentary called "The Jefferson Project" which followed the stories of four seniors for a year to show the transformation of this school which struggles with poverty, homelessness and gentrification.

"I watched the documentary and I felt very moved to do something. I immediately reached out to my classmates," Lyall said.

He reached out to people like Janette Armitage who helped Lyall put together a fundraiser to help support Jefferson teachers and students.

"Shared with all our friends, sent emails, shared it on Facebook, within three weeks, we were able to get $4,600," Armitage said.

James had one thing to say when he received the check. "This is incredible," James said.

Armitage said it's just the beginning. "What we really want to do is challenge every other Jefferson Saint class," Armitage said.

The class of 1983 wants other graduating classes to do the same for Jefferson. They want to see if other alumni can raise funds and beat their sum of $4,600.

"I think that Mr. James has come in here in his seven or eight years and really changed the face of this place," Lyall said.

James said he is surprised and grateful. "I don't think people understand like when you are at a highly-impacted school, you don't have enough people to do those kinds of things. So, I don't really have a huge alumni program," James said.

Lyall hopes this challenge can change that. "Once a Saint, always a Saint," Lyall said.