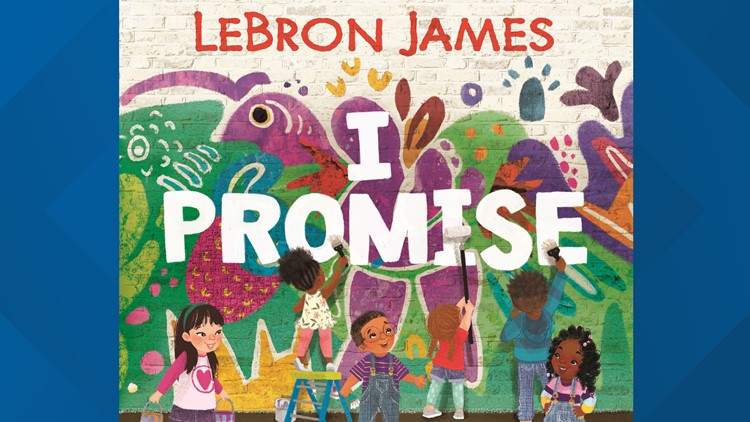 AKRON, Ohio — The I PROMISE mission established by LeBron James is expanding nationwide as he prepares to release his first children’s book.

I PROMISE, a picture book inspired by the values and initiatives of his foundation, will be released across the United States on Tuesday, Aug. 11.

“Books have the ability to teach, inspire and bring people together," James said in a press release. "That’s why these books, and the opportunity to get children and parents reading together, mean so much to me. Most importantly, we wanted to make sure these stories are ones that every single kid can see themselves in. I PROMISE is powerful in that way and I can’t wait for people to read it.”

The book, which features illustrations from Nina Mata, is described as “a lively and inspiring picture book that reminds us that tomorrow’s success starts with the promises we make to ourselves and our community today.”

Take a glance at two pages from the book below:

I PROMISE comes as a part of a two-book deal James has with HarperCollins Publishers. His second book – a middle grade novel – is expected next year.

Just last week, Kent State University announced a partnership with the LeBron James Family Foundation to provide free tuition for four years to all eligible students within the oldest I PROMISE Network class.

The I PROMISE School, which opened in 2018, is part of the Akron Public School District.

RELATED: WATCH | Smucker's announces $1 million donation to LeBron James Family Foundation during 3News' 'It's About You'