April is Autism Awareness Month and this teacher came up with a special project for the school. 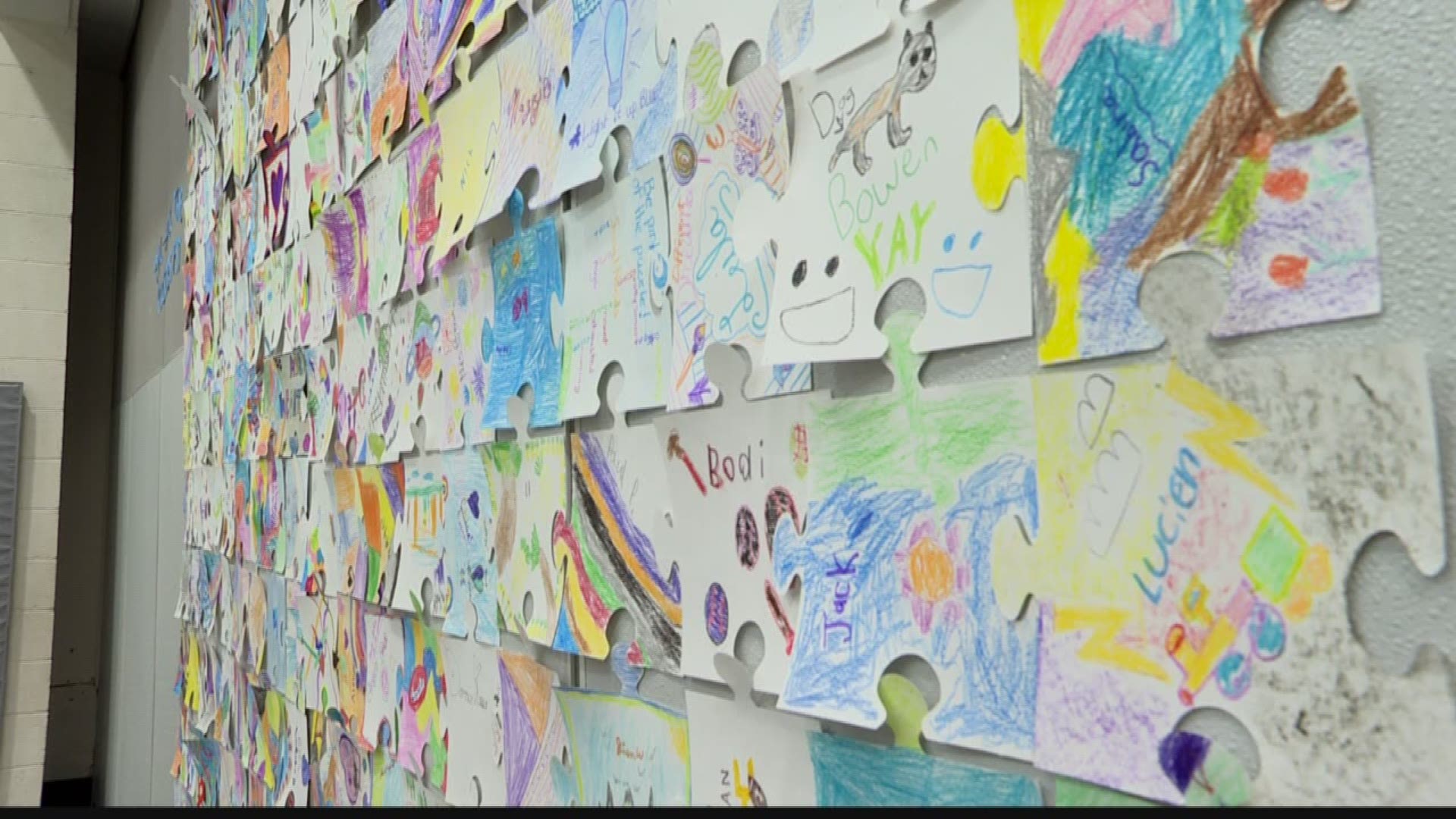 In her third year as the Autism Spectrum Disorder teacher at West Jefferson Elementary, Megan Buehler decided to get everyone on board with a project.

Each student and staff member at the school decorated a puzzle piece while listening to Buehler explain what Autism is and how to interact with people who have it.

“Some kids with autism communicate in a different way than what you would normally think of, or how you and I use our words and talk,” Buehler told the kids.

According to Autism Speaks, Autism affects one in 68 children and is one of the fastest-growing developmental disorders in the U.S.

“Right now I can hear crayons coloring, I can hear the wind outside, I just heard my radio go off, people are talking,” Buehler said in the lesson. “And so for a kid with Autism, all of that is going on in their head all the time. They hear things super sensitively.”

Some students asked if it’s a sickness.

“Autism is not a sickness, it’s just a different way of looking at things and thinking of things. Kids are born with it and it’s something they’ll have their whole lives,” Buehler responded.

She said she knows Autism can be hard to understand, which is why she thinks it’s necessary to teach it.

“I wanted not only the students to get the lesson but the teachers and staff to understand more because it’s a confusing thing,” she said.

According to Buehler, she works with her staff to make sure kids with autism spend as much time in the classroom with their peers as possible.

“I just really feel that they just want to be like every other kid and they deserve the same opportunities and chances,” she said.

With the help of her parents, Buehler spent an afternoon putting more than 300 puzzle pieces together on the wall of the gymnasium – all decorated by students and staff.

“I get a little emotional thinking about how much support my staff and the students have for this project and I’m excited when I get to see the kids and how they’re reacting to it because it’s something they should be proud of,” Buehler said. “They helped put that together and they’re all a piece of the puzzle and we’re all working together.”