Within the halls of Metropolitan State University of Denver is a type of history class never taught before -- mariachi. 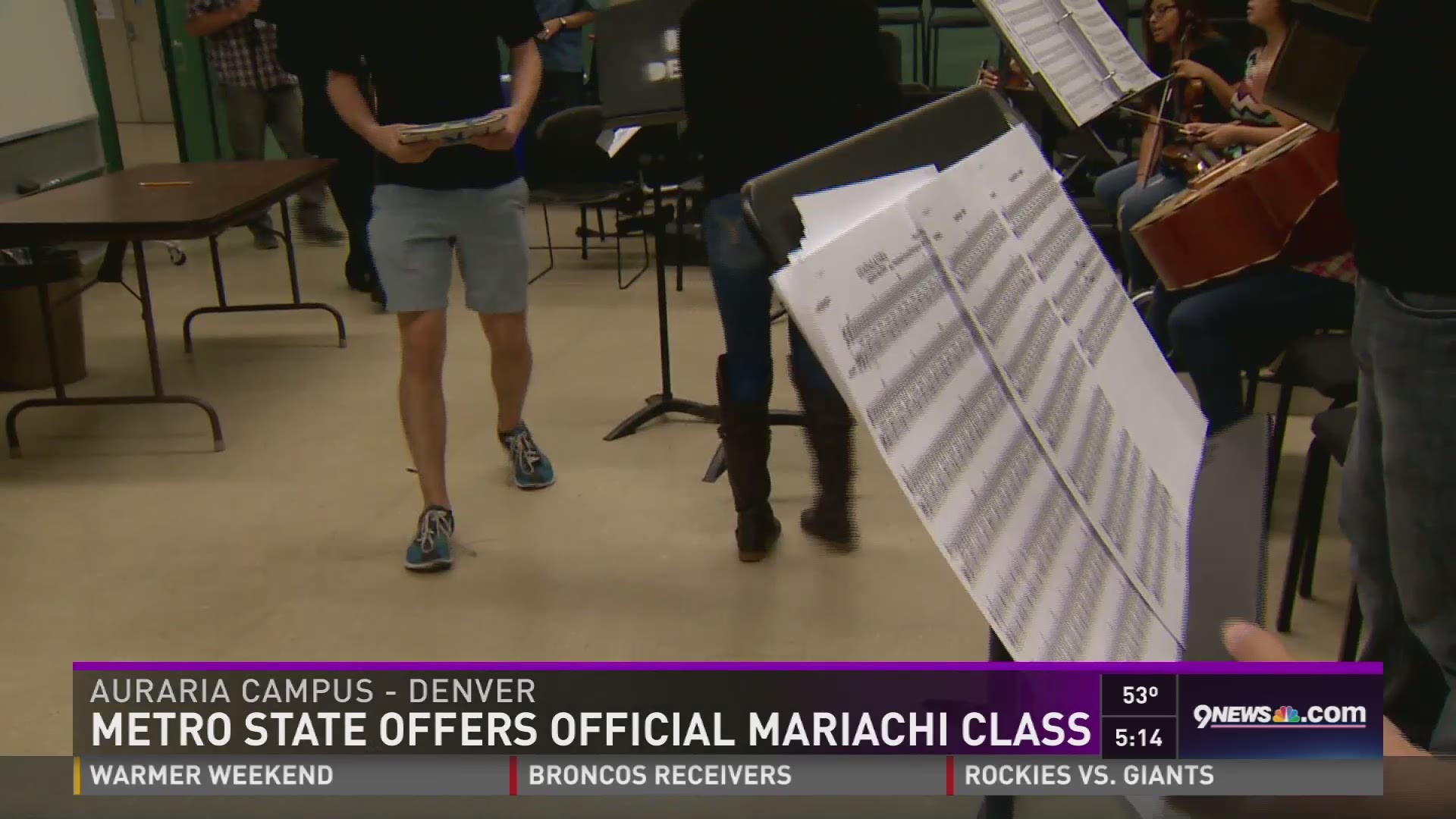 Within the halls of Metropolitan State University of Denver is a type of history class never taught before -- mariachi.

Trujillo teaches the class which he says is offered for credit at only a handful of programs around the United States. The MSU Denver Music Department formed the program with help from the Colorado Symphony Orchestra and Mexican Consulate Cultural Center.

Isahar Mendez started the mariachi movement on campus a couple years ago when she and her classmates formed a mariachi club.

"I know how popular mariachi music is in the Denver community," Mendez said.

She says it's a big step for the school to now offer an actual class on the traditional Mexican music.

"I think it's important to represent Mexican culture here in the community where there's a lot of Hispanics, especially here at Metro State," Mendez said.

But,Trujillo says his mariachi class is not just for Hispanic students. It's for students of all backgrounds.

"The Mariachi Program is an important program for the state of Colorado and the nation because it is going to provide teachers for the public schools," Trujillo said.

Miles Justice is a sophomore and Caucasian who will be one of those future teachers in the coming years. He likes the idea of rejuvenating the traditions of mariachi especially with kids of younger ages.

"For me, mariachi is about bringing people together not just in the culture itself, but across cultures," Justice said.

On Saturday, June 4, the mariachi ensemble will perform at the closing gala for Metro State's celebration of its 50th year.