After a deadly summer of youth violence in Denver, a new scholarship has formed in the name of 17-year-old Davarie Armstrong, who lost his life to the violence. 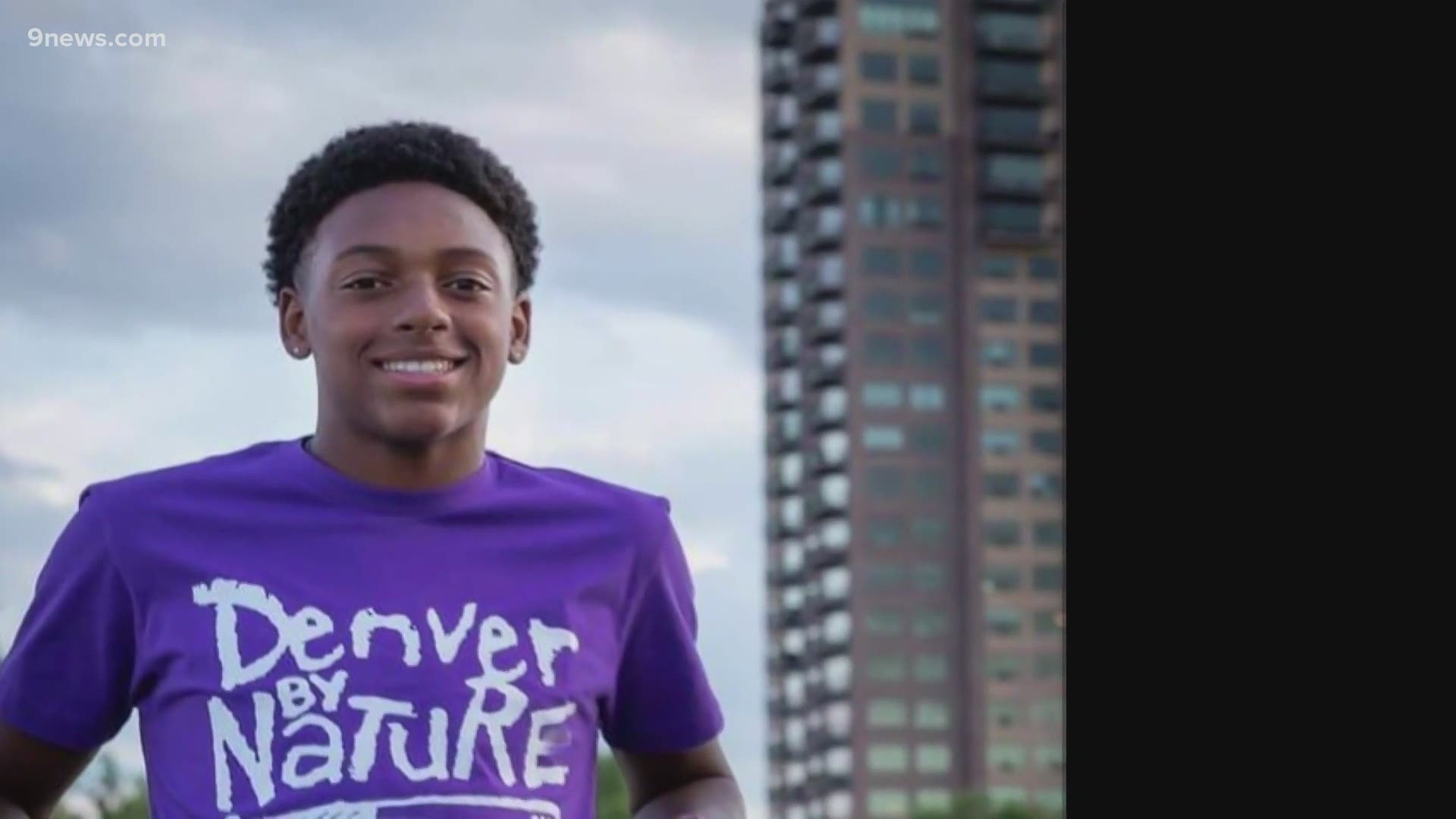 DENVER — After a deadly summer of youth violence in Denver, a new scholarship has formed in the name of one young man who lost his life to the violence in Montbello.

Davarie Armstrong was 17 when he was shot and killed in July – the victim of a "wrong place, wrong time" tragedy, his friends and witnesses said. Armstrong was a multi-sport athlete and college-focused student at South High School in Denver.

"Davarie had inspired so many already. What happened to him brought people to their knees," said Angel Shabazz, Armstrong’s mother. "We’ve lost a couple more young men since Davarie. A lot of young people see now that this is real."

Nearly eight months later, his loss is the heartbreak of those who knew and loved him, and how he died is still something they're trying to draw attention to – youth violence in Denver.

"Davarie would be so proud of me for doing this because this is not something I wanted to do for me," Shabazz said. "This is something he wanted to do to give back and we just started it earlier than he could."

His mother is making good on the promise she has made since the day her son was killed; to keep Davarie Armstrong's name present and his story well-known in this community.

This month, his legacy continues through a new scholarship in Armstrong’s name.

"It’s a bittersweet moment for us," said Shabazz.

"You hear Davarie Armstrong's mom talking about how she wants her son to be remembered and, that's powerful," said 21-year-old Peter Lubembela, a youth organizer in Denver and the founder of 10For10.

The 10For10 organization focuses on community organizing, large service projects, and providing young people with the tools and resources they need to achieve social and political change.

Lubembela didn't know Armstrong personally, but he felt his loss. That's why Lubembela came up with "The 10For10 Davarie Armstrong 500 Word Essay Scholarship."

"Family is the most important thing to me," said Lubembela, who lost his oldest brother in October. "I’ve seen how the community showed up for me, so I wanted to make sure I showed up for Davarie Armstrong’s family, as well."

He took the scholarship idea to the Denver Urban League Young Professionals (DULYP) organization for financial support, and received a resounding "yes" from the president, who was also Armstrong's godmother.

"Peter approached us and wanted to award a scholarship in Davarie’s name to a student who is demonstrating leadership and excellence in the community and also working to address youth violence," said Ashleé Wedgeworth, the president of DULYP.

"We have experienced so much youth violence within the community. So we decided to partner with him on this scholarship," Wedgeworth said.

Together, 10For10, the Denver Urban League Young Professionals and Armstrong's mother will award the first Davarie Armstrong scholarship of $500 in March.

"He was a scholar, he was an athlete, he was a son, he was a friend," Lubembela said of Armstrong. "The scholarship is for somebody similar to that – somebody who gives the same love to the community."

10For10 is accepting 500-word essays now and will award the money to a young man in the community demonstrating leadership and excellence.

>> For more on the essay prompt, essay submission, or to support the scholarship fund, email 10for10blackmen@gmail.com.

"He was famous by touching people’s hearts, so this is something that I feel good about because this another way for him to do that," Shabazz said. "He's been gone from us for eight months, but eight years from now, you'll still know Davarie Armstrong."