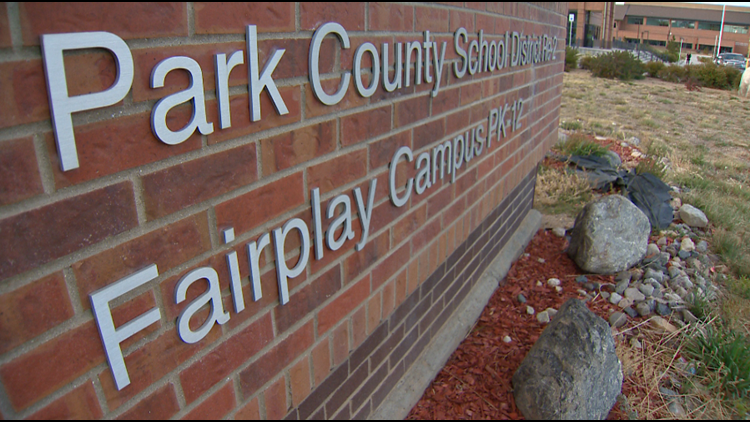 Photo by: Darren Rode
Park County Re-2 School Board President Kim Bungaard says district may be close to a deal with South Park Education Association.

FAIRPLAY, Colo. — Educators in the Park County School District (PCSD) RE-2 said a meeting with district officials late Wednesday afternoon was very productive and the outlook is "promising."

Taya Mastrobuono, the president of the South Park Education Association (SPEA) said the union is "really encouraged" by Wednesday's talks but the groups still have a lot to go over.

She said they will be meeting again Thursday at 4:30 p.m.

SPEA announced Monday that educators are prepared to leave their classrooms on Oct. 14 for a strike. They would be the third local education association to strike in the last 18 months in Colorado.

“We are prepared to strike Monday but the dialogue tonight (Wednesday) was exactly what we have been seeking for these many months, to have a professional voice in this district and more say in our students’ futures,” said  Mastrobuono. “I’m looking forward to tomorrow and the opportunity to reach a professional agreement that we can proudly take to our members for ratification that advances student learning and educator respect.”

The Park County RE-2 School Board said it offered a $2,000 raise in May. The teachers union said that's not enough — they want to triple that amount.  Their contract expired months ago.

Educators and the district came together at 4:30 p.m. Wednesday for a public meeting. Union leaders said they were not very optimistic leading into the scheduled talks.

“We reached a decision together that it is necessary to announce our strike date before the scheduled Wednesday meeting to put the district on notice that its stalling tactics do not work from this point forward,” Mastrobuono said.

The district said that it responded to a proposal from the union on Monday so that there was enough time to review it before Wednesday's meeting.

The school board president said they remain hopeful that these meetings will allow the parties to finalize the document so that it can be ratified and approved later this month.

In February, teachers with the Denver Public School District, which is the state's largest school district, walked off the job for the first time since 1994. Following a three-day strike, the union and district reached an agreement.