Next week marks 20 years since the tragic shootings that left 13 victims dead at Columbine High School. 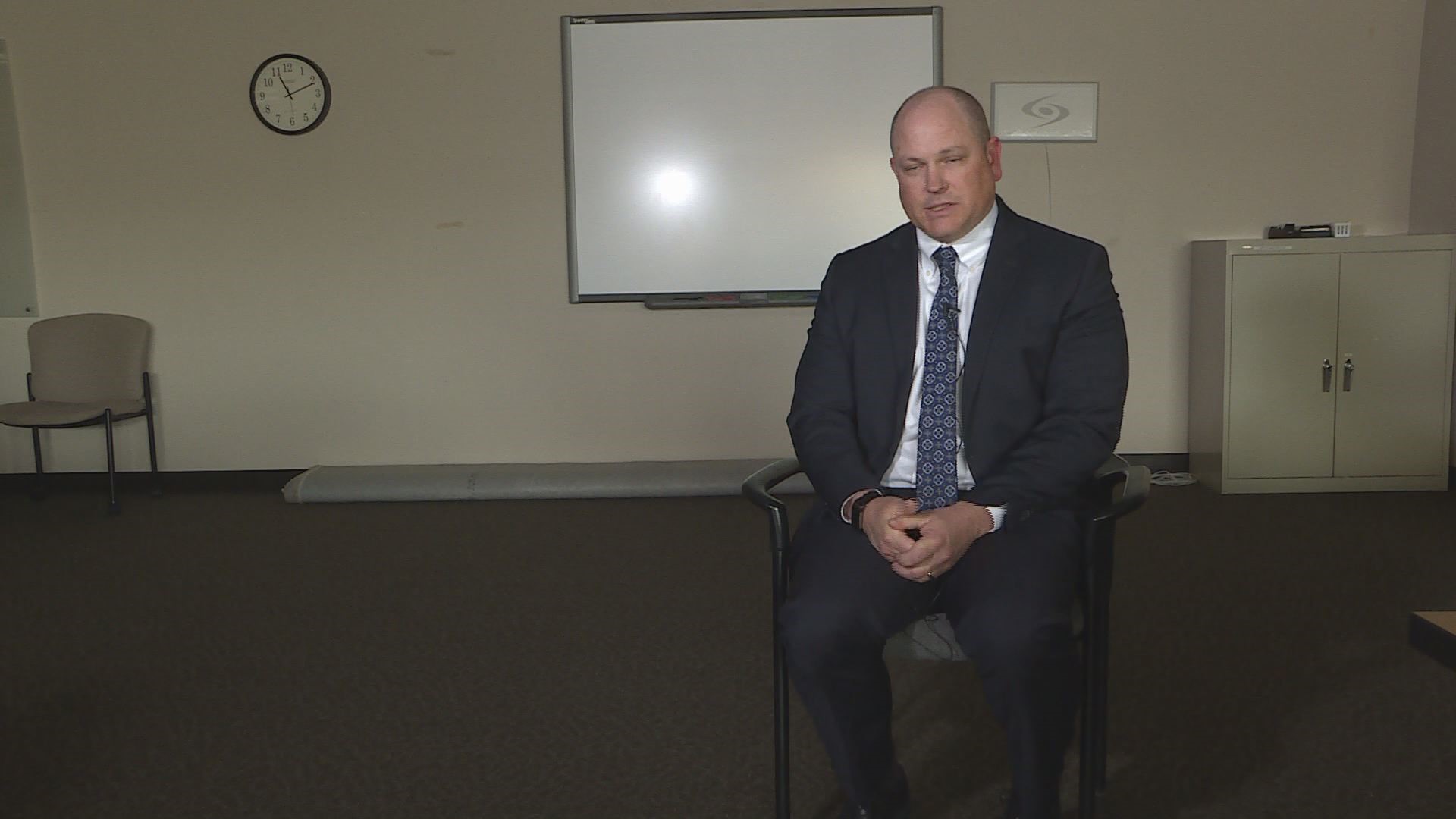 JEFFERSON COUNTY, Colo. — With attention being brought back to Columbine High School as the date approaches marking 20 years after the shootings that left 13 victims dead, we sat down with the school's current Principal Scott Christy about leading a school with a history like no other.

Here is part of the interview. (Editor's note: Responses have been edited for context and clarity.)

Scott: I was living in Fresno, California at the time.

What were your thoughts on that day?

Scott: I remember watching the news and being an educator, it sticks with you.

So, you were like many of us, an outsider shocked at what happened?

Scott: I think all of us thought at the time, what will happen with this school? I don't know if people thought it could be what it is today, 20 years later, where it's an awesome school. Kids are learning. They get an outstanding education. They get an outstanding experience. It's a school that they're proud of. It has an amazing culture. It is a thriving school and I think that's the story that needs to be told today.

Just before you came to Columbine, what was your previous job?

Scott: I was the assistant principal of two elementary schools.

When you first decided to come over, what drew you to Columbine?

Scott: At the time, it was I just needed a job, you know, that was the bottom line... And, I knew the first week that I was at Columbine, that it was special. It was different. I could feel it and ten years later, I know that's the Columbine spirit.

As someone who was an outsider at the time of the shooting, what does '20 years' mean to you?

Scott: 20 years means to me that it's a symbol, it's a model of triumph over tragedy... It's an example of hope for those who have experienced tragedy -- whether it be another school, another organization, individuals, a lot of people go through tragedy. I hope they look to Columbine to see they, too, can rebuild and be strong and successful. I think that's what Columbine is, 20 years later, I really do.

Scott: We have started the Day of Service. Our kids participate in service projects, which has been great. Our kids, our students have really gotten behind that and the community has really supported that, and at this point, that's what the day is. We have not had school for the last 20 years on April 20, and I think that's something. I don't think that's my decision to make whether we go back to having school. I think that's a community decision to make.

What are your plans? Do you plan on staying here for a long time?

Scott: I don't plan on going anywhere else. I love Columbine. I love it. I love every part of it.