Provost Janet Houser said research shows aerosolized droplets can travel up to 27 feet from a singer or musician's mouth. 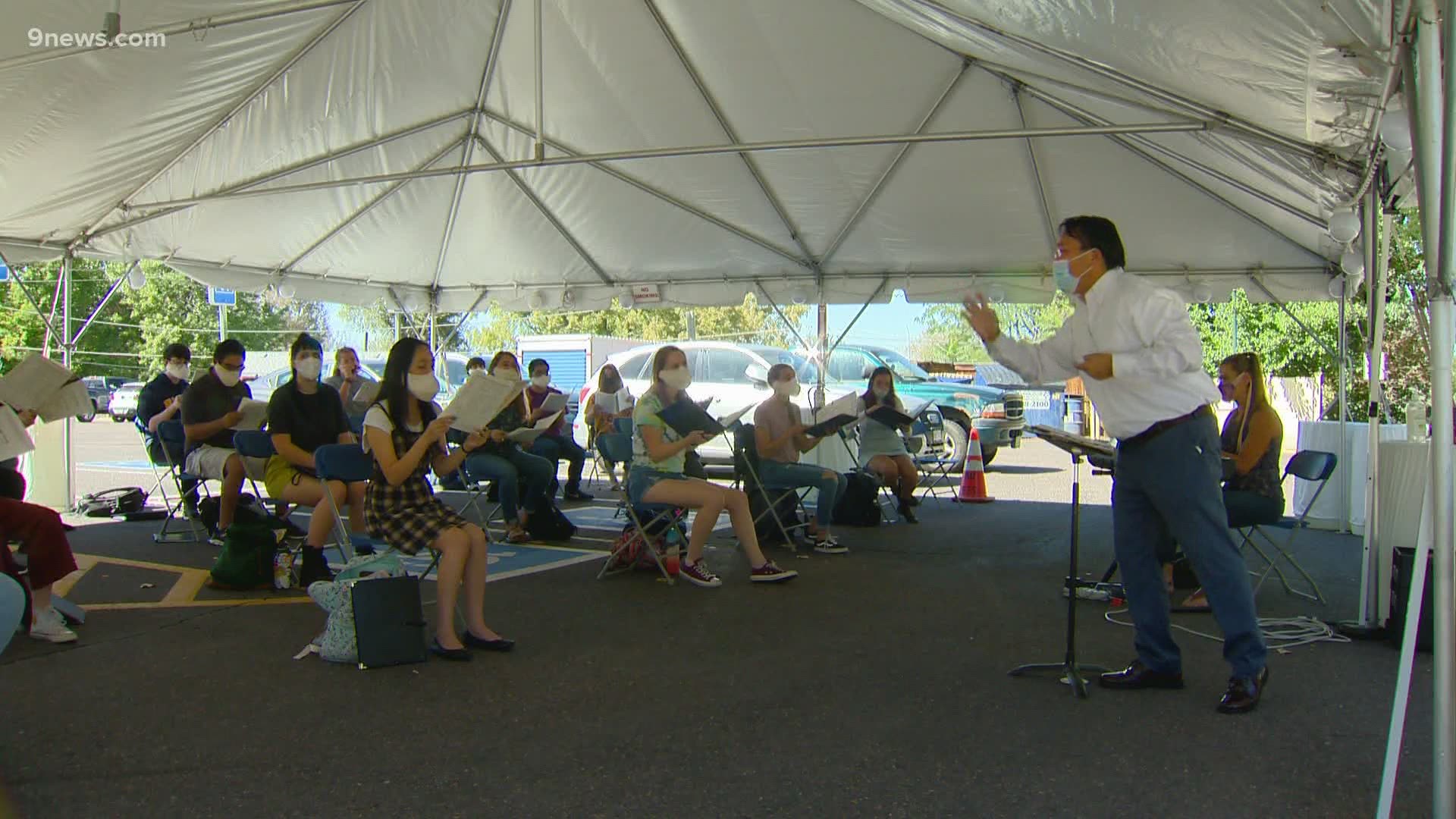 DENVER — In the year of making it work at Regis University in Denver, choir class is taught in a tent in the school parking lot by Dr. Kyle Fleming.

"You know what --  it's hot and it's frustrating and it's hot," Fleming said.

Fleming is the director of choral studies at Regis. As inconvenient as the event-sized tent is during the warm weeks of the fall semester, he knows it is helping everyone be safer from COVID-19.

"We want the same singers that we had last year, next year, so how do we keep them alive, healthy and well?" Fleming said.

Students like Kaylee Nguyen sit spaced apart under the large white tent while wearing masks as the fresh air flows through.

"It has some challenges and it has some benefits," Nguyen said. "It's kind of distracting."

She believes her choir class schedule somehow matches up with the pickup schedule of a garbage truck emptying out dumpsters just a few yards away.

"I'm pretty sure since we've started, it's been once every rehearsal," Nguyen said.

Despite those little inconveniences, Regis University Provost Dr. Janet Houser said the tent protects students from the thing other than singing that comes out of the students' mouths -- spit that could potentially carry coronavirus.

"When we sing that extra volume turns it into an aerosol," Houser said. "The droplets go further sometimes up to 27 feet."

But, she said the outdoor environment and wind combined with specialized masks made just for performers can protect everyone against the spread of spit.

"It does both for us," Houser said. "Lets students sing. Lets us hear them sing, but protects them."

Fleming said it allows for a creative solution during a time of unprecedented problems.

"There is a sense of we don't know how long it will last, but even in there is just a really precious human lesson which is -- man, savor it," Fleming said.

Houser said the tent can be used year-round.

"The sides can come down. We have a generator. We have heat for it," Houser said.

Fleming said using the parking lot tent for music classes is more than just finding a way for the students to survive, but for the arts to survive the pandemic, as well.