Colorado Education Association plans to roll out a "virtual" day of action instead. 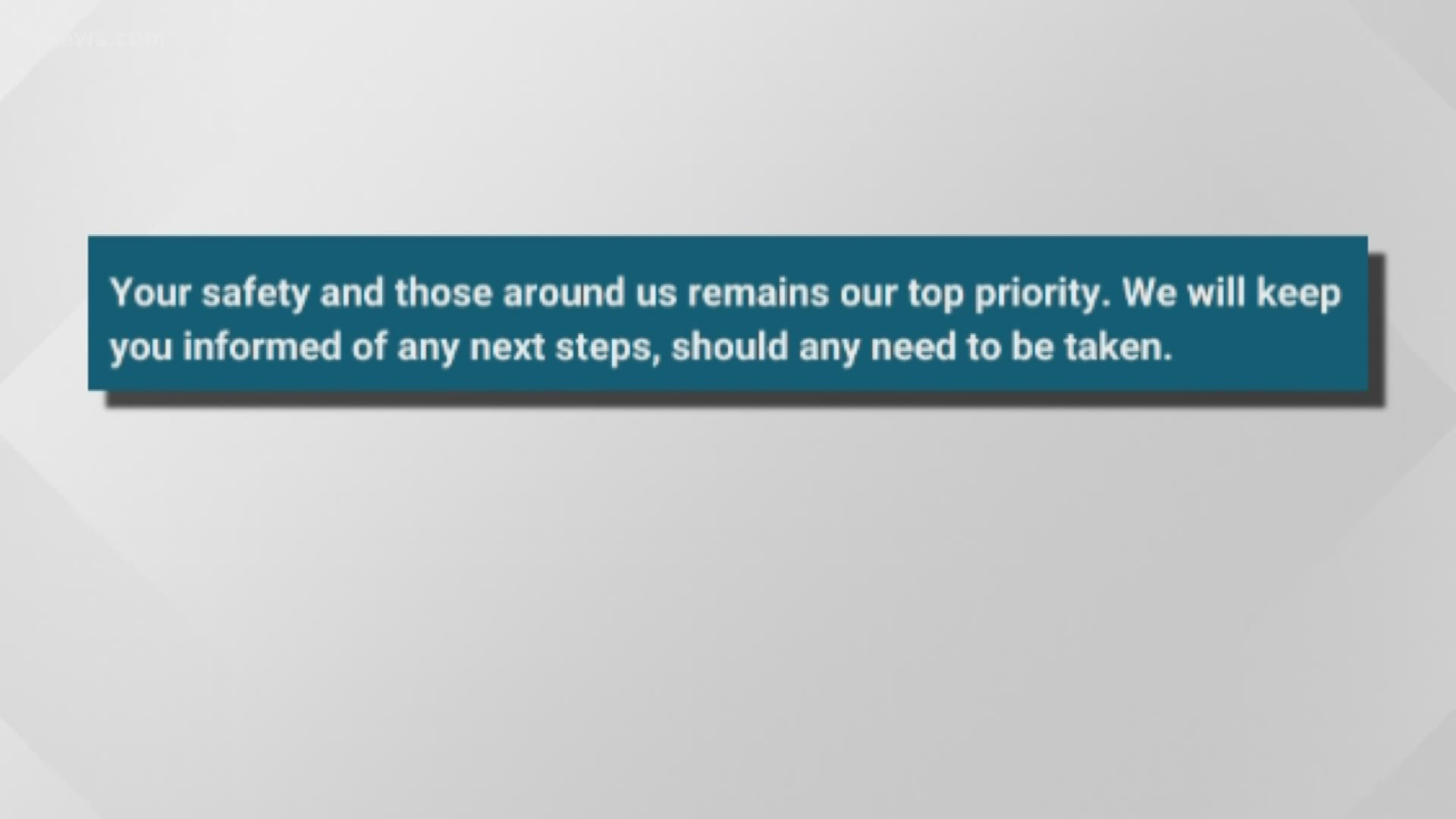 DENVER — The Colorado Education Association (CEA) canceled the Day of Action at the Capitol scheduled for Thursday, March 19, because of public health concerns over the spreading of the COVID-19 virus.

CEA plans to roll out a "virtual" day to offer educators, parents, students and public education supporters the opportunity to participate and have a powerful impact at the legislature from home.

Several school districts had announced they would be closed March 19 because a large number of staff members already called out for the day due to the event, and they're unable to fill those absences with substitutes.

Since the Day of Action moved to a virtual event, at least one school district has decided to reinstate school for the day.

> Learn more about the Day of Action here.

The Boulder Valley School District (BVSD) announced that school has been reinstated for March 19.

"We intend to be open and operating on a normal schedule that day, following this development," BVSD said in a tweet. "Every day of instruction is important, even more so given the current uncertainty."

The school district initially planned on canceling both classes and the BVSD Early Childhood Education preschool classes March 19 because "significantly more teachers plan to be absent than we can fill with substitutes."

The 27J School District will now be open March 19, reversing its previous decision to close for the day.

"Given that the rally at the Capitol has been cancelled, it is the shared opinion of the Brighton Education Association, the 27J Schools administrative team, and the 27J Schools Board of Education that the best place for our teachers and other educational support professionals is to be at our schools with our students on March 19," the district said.

That comes after the district's March 4 announcement that 604 of their 923 certified staff members — 65% — had submitted for a leave for March 19.

Jeffco Public School officials said March 19 will be a regular workday for all district employees.

Adams 12 Five Star Schools said hundreds of teachers have indicated they will be taking personal leave on Thursday, March 19 to participate in the Day of Action.

The district said that while there will be no classes, it will still be a workday for all district staff and those who will not be at work that day must use personal time.

The closure does not include the New America, Prospect Ridge, Stargate and Westgate charter schools. If this changes, Adams 12 said each school will send out separate communication.

DPS officials said all schools will be closed to students, including preschools. School will resume as normal on Friday, March 20. Charter schools may not be closed on March 19. Charter school families are asked to check with their individual schools.

Discovery Link programs will be open to current Discovery Link and Enrichment families at all 44 sites across the district on March 19, and DPS will not charge families camp fees for this day, officials said. Families are asked to fill out the intent-to-attend information if they are currently signed up for the program and would like to use the service on March 19.

Extracurricular activities throughout the district will proceed as scheduled unless schools say otherwise, the district said.

As of the end of Feb. 20, the Englewood School district said it had received notice that over 90 Englewood staff members would not be reporting to work on March 19.

That was already 45% of their teachers and they expected that number to grow and as a result, decided to cancel school.

All schools will be closed to students except the Early Childhood Education Center at Maddox, which will run its program as usual, according to the district web site.

Though students will not be present, this will still be a working day in the district for employees who are not using their annual leave.

As of March 4, Littleton Public Schools (LPS) said they would need 233 substitute teachers to cover planned staff absences on March 19. They said they only have been able to get 91 and are therefore canceling classes that day.

It will remain a workday for all LPS employees and the district said anyone planning to be gone must be taken according to policy.

Childcare programs will remain open through the SACC program. All scheduled high school athletic events will also take place, according to the district.

LPS said to look for communication from specific schools regarding after-school activities for middle schools. 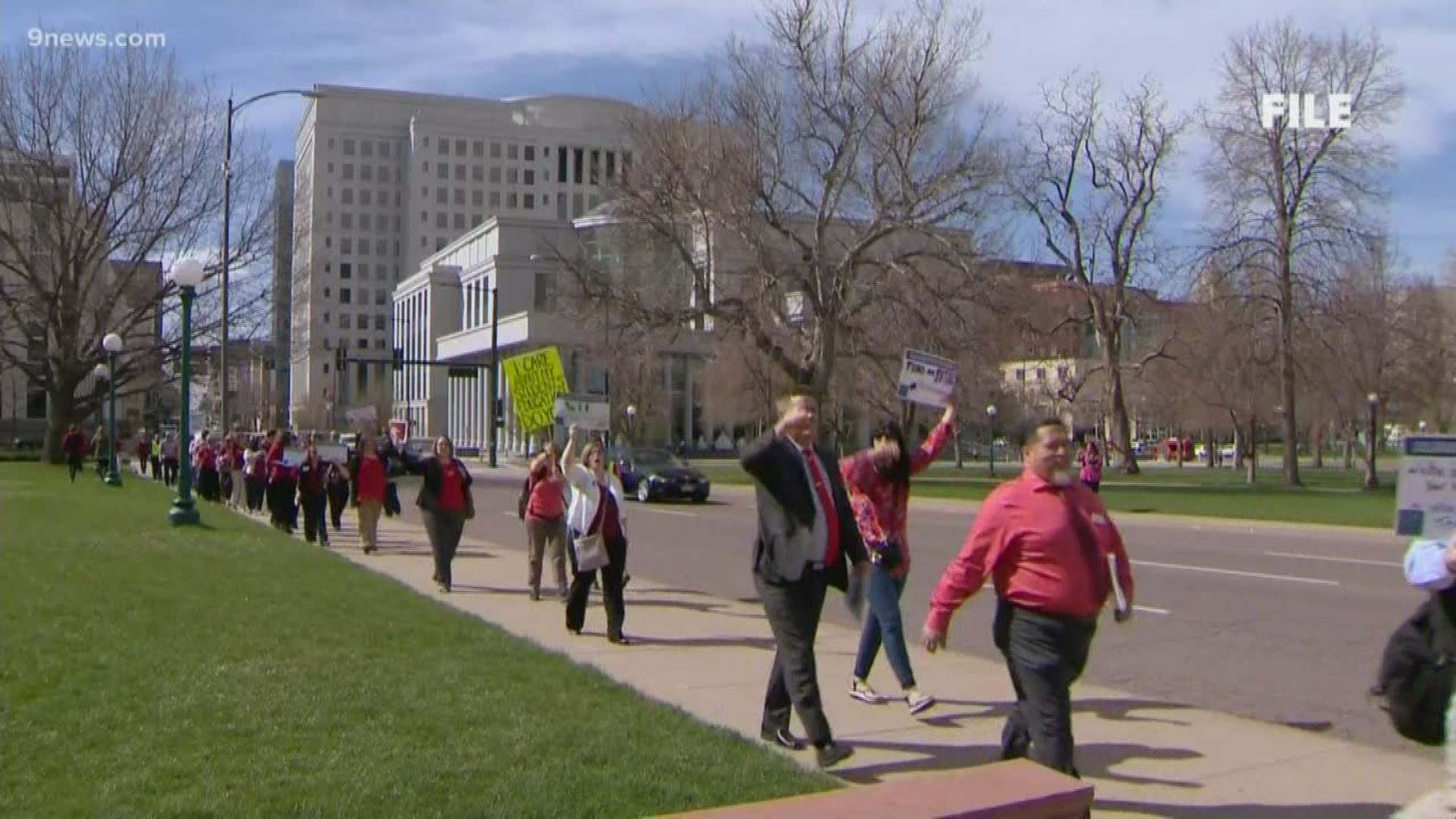